The price of protective assets, gold and silver, is falling after a strong rally on the background of the strengthening of the US dollar 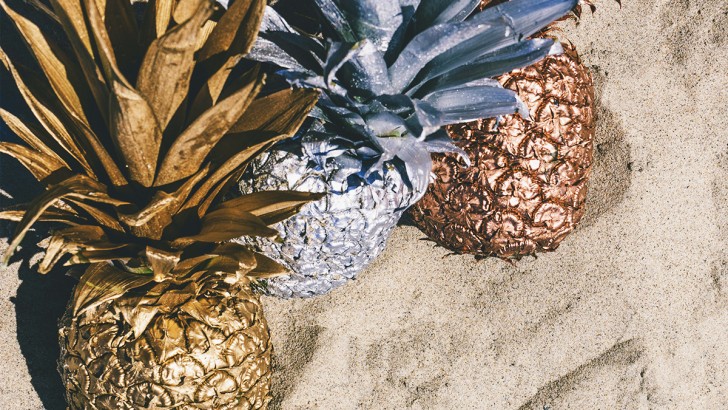 In early August, a historic high of $2,075 per ounce goes opposing the trend of global stimulus, negative real rates, and a declining dollar. While some banks, such as Goldman Sachs Group Inc. and Bank of America Corp., have forecasted higher rates, some of their earnings have been fallen by a resurgent dollar.

What is the Reason for the Fall?

The dollar is actually the main source of gold price movement. In addition, as the Federal Reserve remained strongly tied to interest rates, the dollar has improved this week. The new energy of the dollar is associated with a decrease in the prospects for further stimulus from the United States.

Gold's investment value was burnished over the summer when the actual treasury yields dropped further into the negative. Such rates have been low since early August, and inflation projections will rise dramatically to minimize them.

The Price of Gold

The fall in the amount of gold this week has been gathering traction after the flow of technicians has fallen below the 50-day level to sell it. The next key threshold of metal – the 100-day average moving – should resist falling prices. However, additional sales may benefit from a fall below this amount. 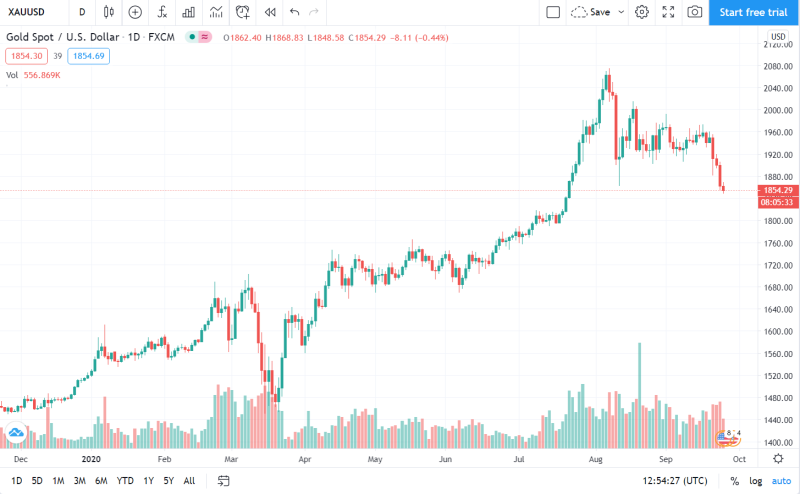 While the first leg of the Gold Bull run has finished, buyers can use these tentative lower rates as an "attacking chance" to buy the precious metal before the second leg of the rally starts.

For the fourth straight session on Thursday, Gold stayed under some selling pressure. The prevalent sales of US dollars tended to weigh dollar resources. The risk-off mood did not aid or stop the current course.

Trading Strategy
Source: The Tradable
Gold (XAU) and Inverted Dollar (DXY) Are in Perfect Sync
This harmony is explained by fundamental factors 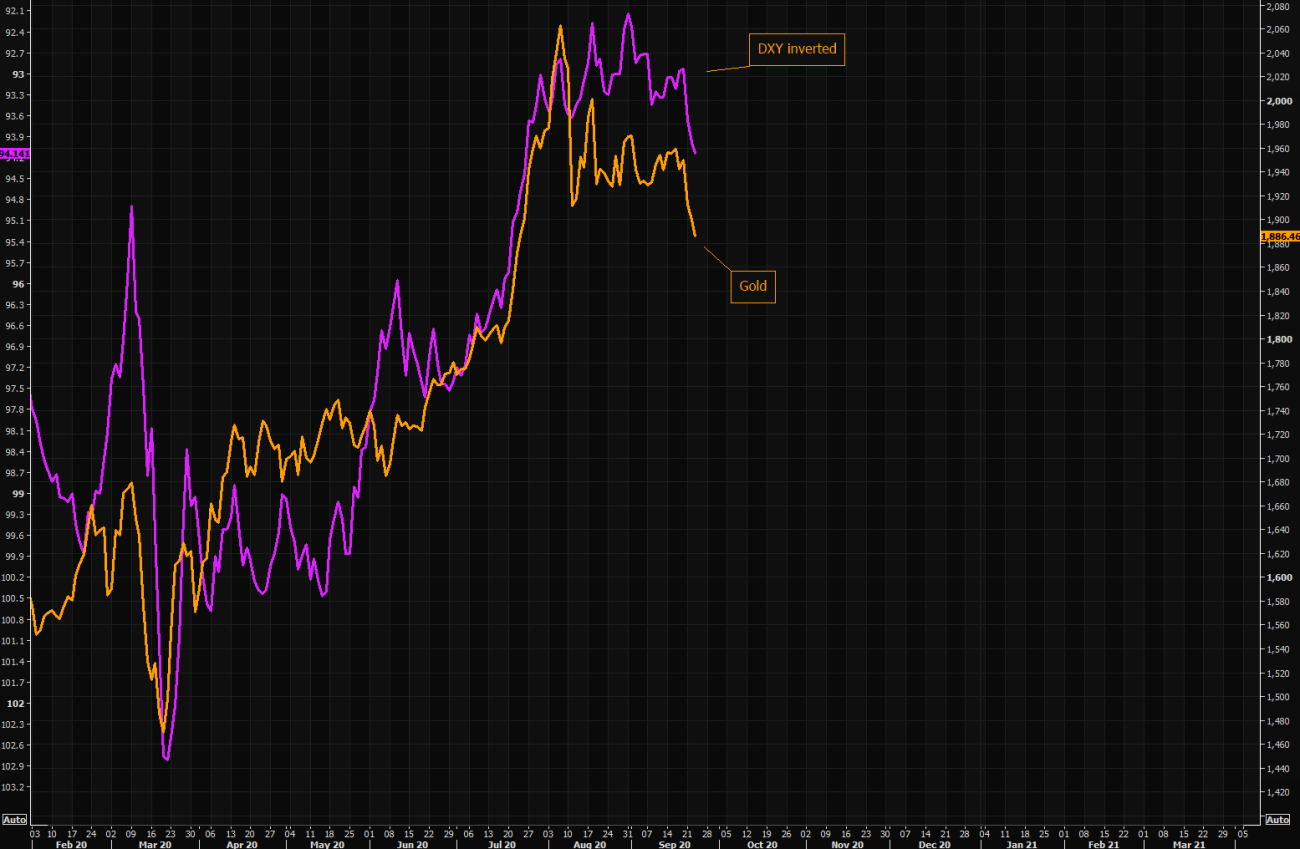 Silver is in a Free Fall

The price of silver is in trouble. Its price has dropped sharply in the last couple of days and is now at the lowest level since July 22. Silver has been in the red zone for the last six days straight and selling at $22. Over the last five days, it has declined by more than 20%. 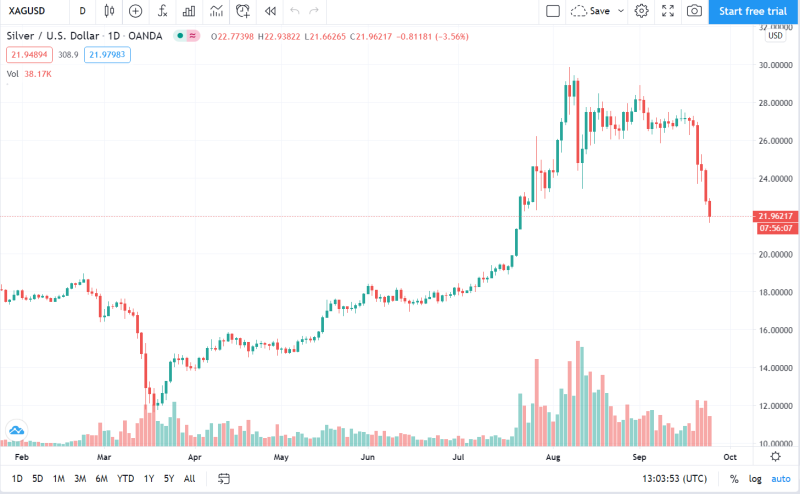 Consequently, the price is expected to decline more as bears expect to endorse the regular pivot points for the second time at 20$. In the other hand, the movement is invalidated by a jump over the first support at $24.