The Fed is printing money and this raises questions about the dollar's value. Robert Kiyosaki offers alternatives and explains why they are better. 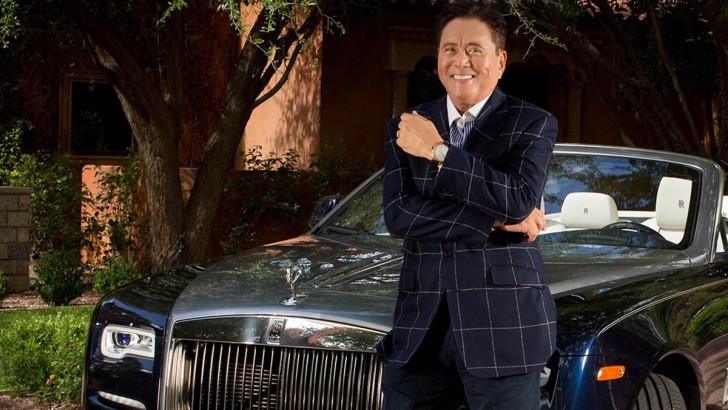 Robert Kiyosaki, the author of popular books on personal finance, recently tweeted about the reasons why he favors gold, silver, and bitcoin. In his view, these are good hedges against excessive printing by the Fed. 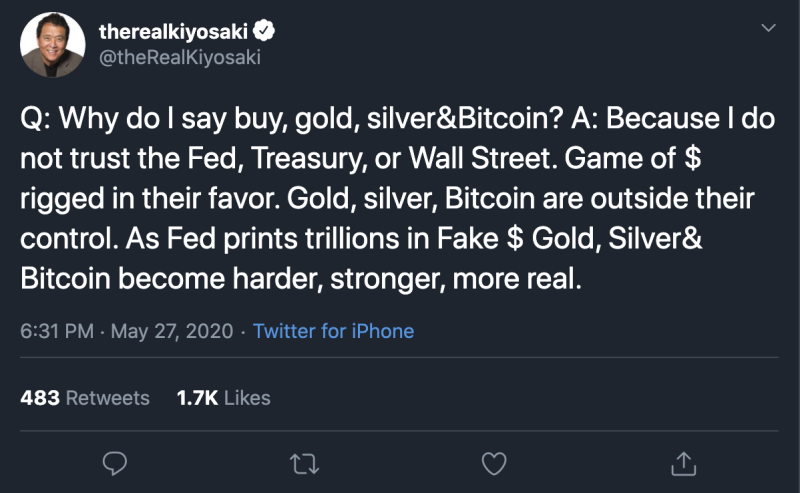 The Fed continues to inject new money into the U.S. economy. Lately, another $3 trillion was added to its balance sheet. Printing has been full-steam during the last several months and the Fed’s Chairman, Jerome Powell claimed that the Federal Reserve is “going to use [their] tools to do what [they] need to do”.

The extensive quantitative easing received criticism from people like Kiyosaki. Robert has multiple tweets pointing to the negative outcomes of the government’s measures like printing money and bailing out large market players.

Looking for a 'safe heaven'

In his latest tweet, Kiyosaki explains why he advises sticking to commodities like gold and silver, as well as to crypto, particularly bitcoin. In short, he envisions these instruments as a way to exit the monetary system, which is ‘rigged in [the government’s] favor’.

Kiyosaki, most likely, refers to the scarcity of mentioned assets as opposed to the potentially unlimited dilution of the fiat money. He went as far as calling the printed dollars ‘fake’ and said that the more of them are injected into the system, the better ‘harder’ assets look in comparison.

Another famous public figure, Peter Schiff, has a similar outlook. Not long ago, he warned about the risks of hyperinflation caused by quantitative easing. He also offered gold as a hedge to the Fed’s monetary policy. However, unlike Robert Kiyosaki, Schiff is not in favor of bitcoin.

Notably, Goldman Sachs does not see bitcoin as an inflation hedge, as it was recently revealed during the company’s call.

Quantitative easing puts pressure on fiat money and market participants are looking for ‘safe heaven’. While various options are available, a thorough examination is needed to understand the potential of each to sustain difficult economic conditions.