Republicans and Democrats See a Threat to The U.S. Economy

Despite differences in political views, Americans see threat to the country's economy. 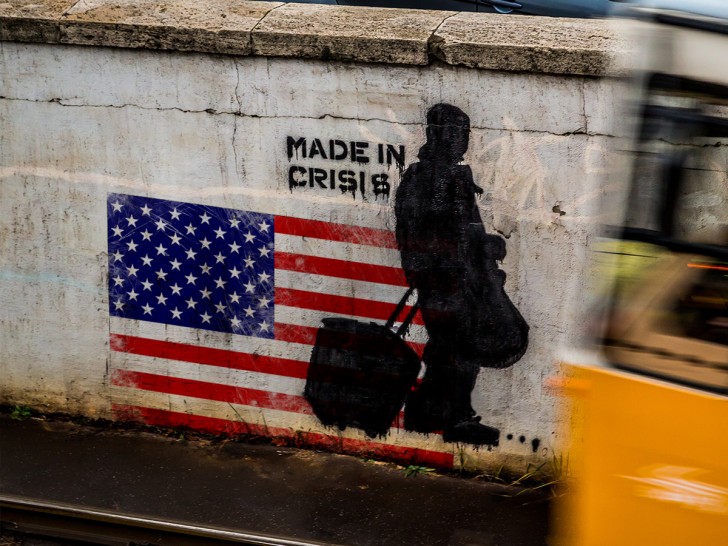 Despite differences in political views, Republicans and Democrats converge in seeing a threat to the American economy. This has been recently revealed by Pew Research Center.

While fewer Republicans currently see a significant danger to the Nation’s health, more of them now worry about the aftermath in the economy.

The crisis cannot be healed

The global race to developing drugs and vaccines suggests that the current safety regulations are not going to remain a global influential factor forever. The recent report indicates many Americans realize that there is no easy way out of the situation for the country's economic system. Thus, the concerns are likely to shift from health to socio-economic factors.

This outlook is supported by prominent economists like Ray Dalio, who is famous for riding out the 2008-2009 crisis. Ray thinks that the current situation is worse than the housing bubble, driving parallels with the Great Depression. The I.M.F. expressed a similar point of view and mentioned the staggering negative global growth of 3% (0.1% in 2009).

Doing everything to get back to normal

On the other hand, the White House and the Federal Reserve System are determined to fight the problem. As Jerome Powell stated, they are “going to use [their] tools to do what [they] need to do”. President Donald Trump recently tweeted “We will be there again, and soon!”, referring to the US being the strongest economy in the world. Experts at Harvard Business Review also consider that the approach of the next Great Depression is unlikely.

Whether the U.S. economy will take significant damage or not, it is now evident that more Americans have a negative outlook on the future. New issues continue to arise, bringing new challenges to the US and global economies.

Latest News
What To Do If You Need Money Really Fast?
17 hours ago
The Highly Anticipated StakeMoon Coin Launches via Pre-Sale Today!
1 day ago
Cryptocurrency Investment - How Do You Get Into the Market Without Buying Any?
6 days ago
Cryptocurrency trading mistakes to avoid at all costs as a beginner
6 days ago
Bitcoin vs Ethereum- What’s the Difference?
2 weeks ago
Can you Invest in Domains?
3 weeks ago
XBE Finance amplifies yield on $12bn Curve and Convex Liquidity
1 month ago
LTC to BTC Exchange | Is LTC Better Than BTC?
1 month ago
Is Your Crypto Wallet Actually Trustworthy? - Which Kinds of eWallet is Best for You?
1 month ago
4 Qualities To Look For In A Gold IRA Partner
1 month ago
Follow us on Twitter