Equal Weighted S&P 500 (SPXEW) and FAAMG Did Not Overcome the Correction Gap, Bulls Are Not Yet in Control of the Market

Andrew Thrasher states it is the sign of buyers not yet being in control of the market. 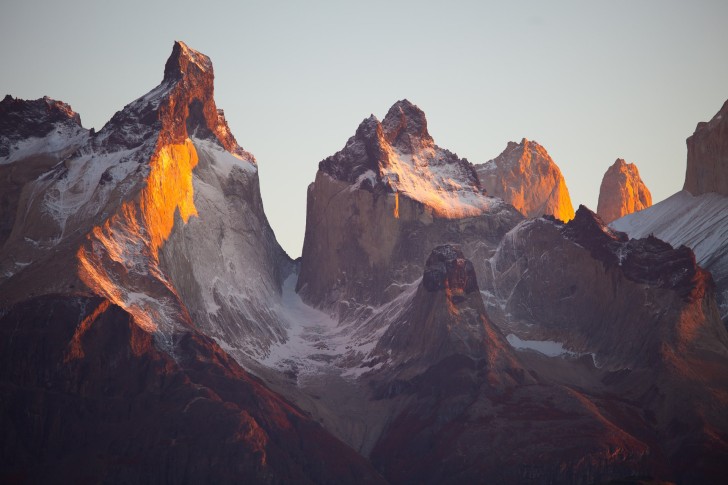 Andrew Thrasher, a portfolio manager for the Financial Enhancement Group and the founder of Thrasher Analytics, notes that the S&P has already overcome the gap caused by the fall in early September and is now trading above the pre-September lows.

"One of the charts I'm watching, Equal Weight S&P 500 and FAAMG both unable to recover the prior Sept. lows.  A move back above here would be a good first step in buyers taking back control, hasn't happened yet." Andrew Thrasher via Twitter

However, the equal weighted S&P 500 index and equal weighted FAAMG still failed to recover to August levels, the past correction proved to be too significant of an obstacle. 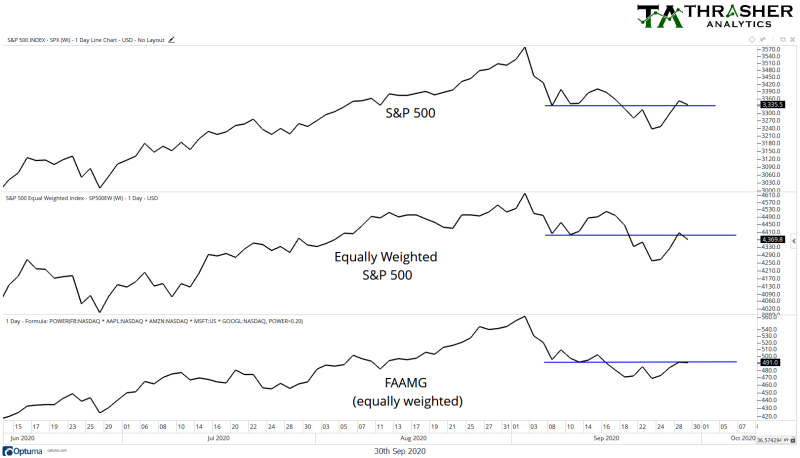 Mr. Thrasher believes that this is a signal that the bulls have not yet been able to re-seize power over the market, and further growth may be difficult.

This demonstrates the emergence of an imbalance: until September, large technology companies overperformed the market, while now they are still stalled, unable to finally recover from a sharp correction.

In addition, Michael A. Gayed, an analyst and a portfolio risk manager, noted that so far the S&P 500 has not dipped below its 200-day moving average, although the index has done so during its remaining corrections since 2009. If the long-term trend repeats itself, the market should expect another decline.

Trading Strategy
Source: The Tradable
The S&P 500 (SPX) Will Fall Even Deeper if the Correction Repeats the Usual Trend Originated Since 2009
The 200-day moving average line has not yet been crossed, as it was during any other corrections over the past 10 years.