The Dark Horse of US Investor Funds: What Is John Paulson's Net Worth?

Being the first one to predict US mortgage collapse in 2007, John Paulson is a true investment wizard. What are his net worth and key trading strategies? 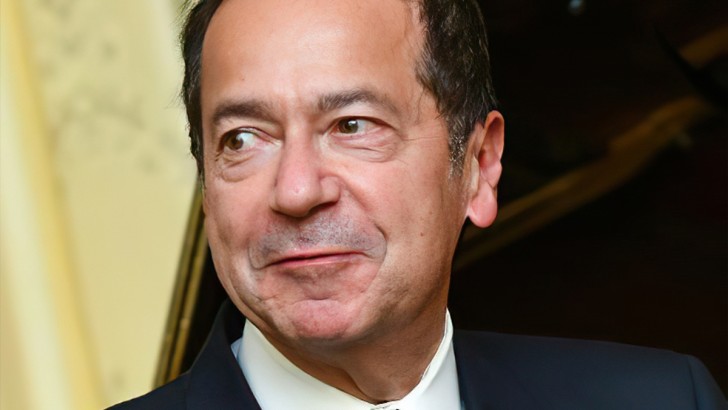 Today, our trading hero is John Paulson. This man is often called the legend of the mortgage crisis or the new star of the modern financial market. How did he become rich, and what is John Paulson's net worth? It’s time to reveal his secrets and investing tips.

This American investor is well-known for his Paulson & Co fund that managed to earn $ 3.7 billion on the collapsing American market, leaving George Soros with the Quantum Endowment Fund ($ 2.9 billion) and a former mathematician, James Simons, with his Renaissance Technologies Corp. fund far behind ($ 2.8 billion). 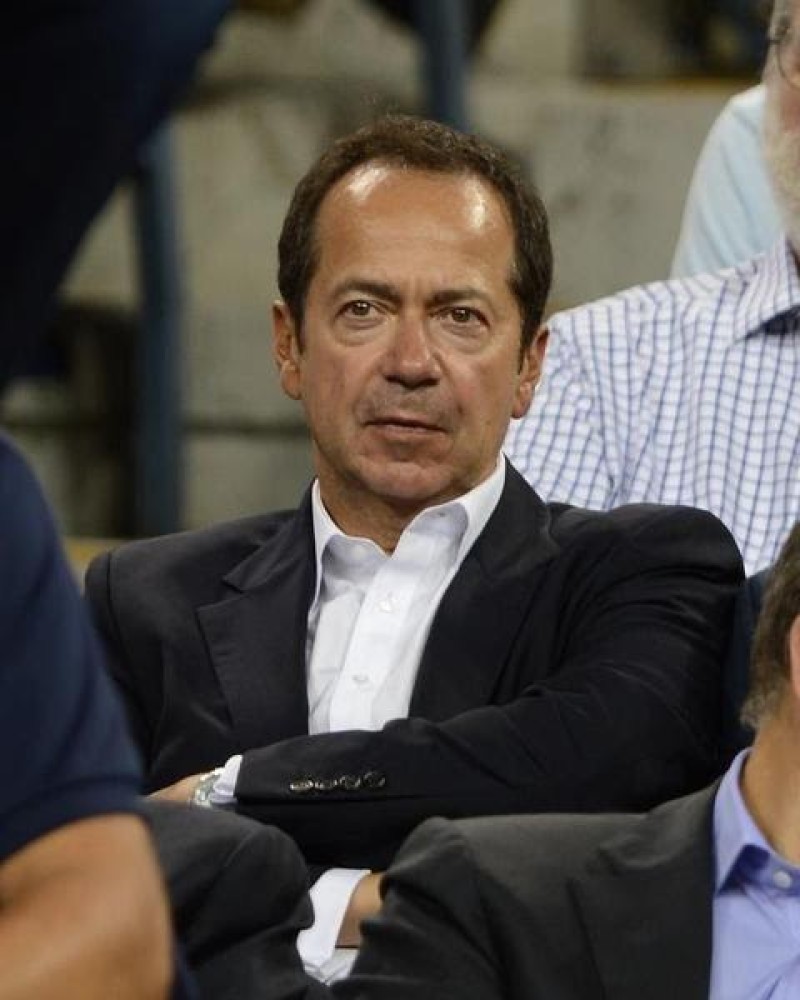 John Paulson, one of the richest financial managers in the world. Source: Pinterest

This truly fantastic result earned Paulson the top spot in management rankings since 2002. Many experts admit that Paulson's result is the most impressive achievement in money-making for managers in the recent history of the financial world.

Paulson's success is especially surprising when compared to the results of his colleagues. According to Alpha, the top 25 hedge funds in the world, on average, managed to earn only $ 892 million per year - that is, four times less than Paulson & Co. earned. In 2007, only five managers were able to reach the $ 1 billion threshold.

How It All Started

The American financial legend is a New York University graduate who until recently worked at Bear Stearns, which went bankrupt. He received an MBA and worked in the acquisition/merger department.

Like most of today's financial giants, John Paulson started his investing journey from scratch. He took a job at Paulson & Co, a small investment firm with no more than two million dollars at its disposal.

At first, no one noticed this company, except for a narrow circle of experts. Paulson's total funds were barely reaching $ 500 million by 2002. It should be noted that the long-term lack of popularity and attention was only beneficial to the company. 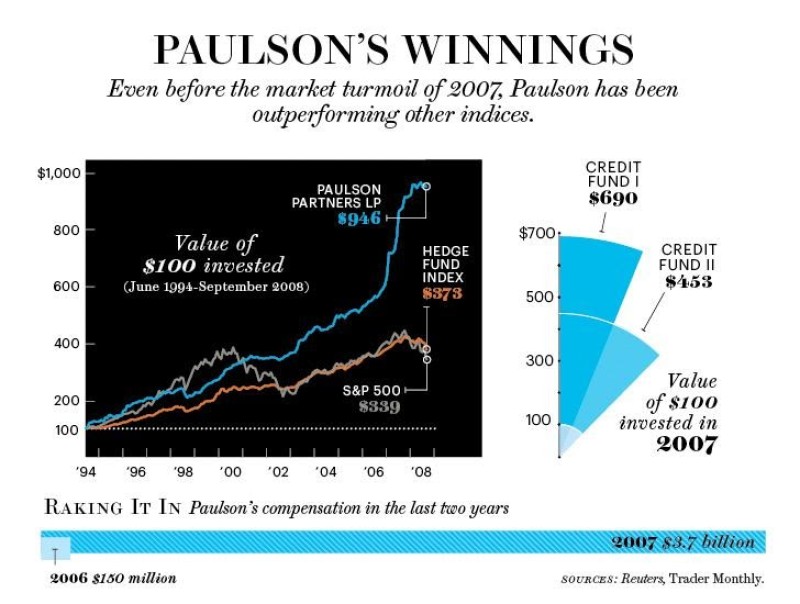 From 1994 to 2006, Paulson & Co was not tremendously successful, though still managed to make certain profits.

At the beginning of 2007, there was a strange breakthrough: the number of employees at Paulson & Co. increased to almost fifty, and the volume of funds entrusted to Paulson grew thousands times!

Oddly enough, overnight, several wealthy investors, unknown to public till this day, suddenly decided to entrust $28 billion to the Paulson funds. What are the reasons for the overwhelming success? How did he manage to close numerous contracts with some influential insurance companies, banks, and pension funds?

Most modern analysts share a similar opinion about Mr. John Paulson being the first to predict the imminent and very painful collapse of the American mortgage pyramid. According to Wall Street magazine, events developed as follows:

Back then, the idea of ​​a collapse in the US mortgage market seemed ridiculous to the vast majority of experts. Large investment companies and banks such as Merril Lynch and Citigroup made huge profits precisely on mortgage private equity.

However, time showed that Paulson was right. When the crisis hit the US mortgage market in 2007 and house prices plummeted, it was the weird bearish tactics that made Paulson & Co. so successful and the biggest investment bank (including Paulson's former employer, Bear Stearns) lost their billions.

The big game began on February 7, 2007: New Century Financial Corp., one of the largest US mortgage companies, reported large losses. The ABX index (which was 100 in July 2006), collapsed to 60, and Paulson's new fund earned more than 60% of the profit in February alone. When the index fell to 20, the fund's profits increased further.

There’s one question that still remains unanswered. Who believed in John Paulson and invested in his fund in February 2007? This was a game against the market, and it was not Paulson alone who made stakes on the collapse. 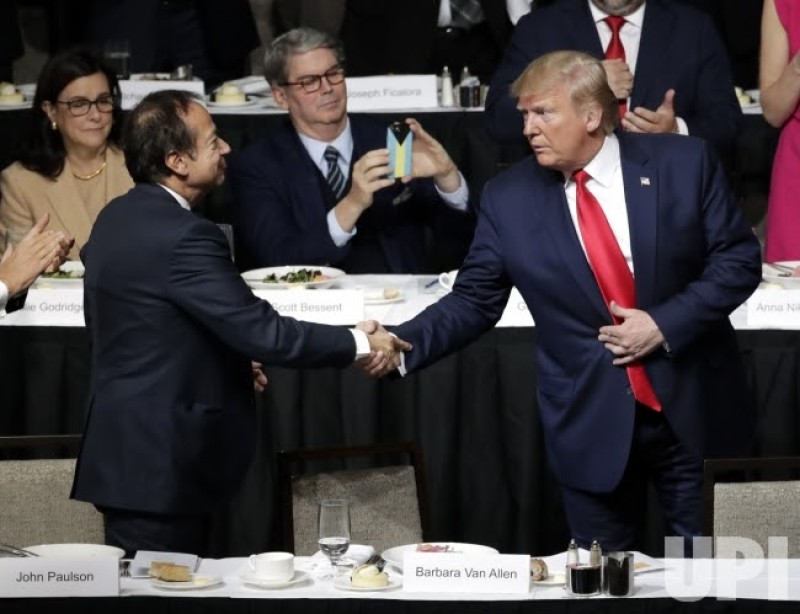 Paulson is an economic advisor and early supporter of Donald Trump. Source: UPI.com

Interesting fact: Prior to the burst of the ‘bubble’, Paulson donated part of his profit to charity - to the very borrowers who were unable to pay the mortgage. In October, he donated a total of $15 million to a nonprofit “watchdog” called the Center for Responsible Lending (CRL), a fund helping families facing foreclosure and home losses.

It’s Not All Gold That Shines…

Since his biggest win, Paulson has gone from one failing trading deal to the next, cutting his 2007 profit, which is still one of the largest hedge funds in history. Paulson wanted another big deal but was too optimistic about the US economic recovery and too bearish about the European debt crisis.

He predicted that gold would strengthen its positions as investors sought a hedge against inflation. It brought him large profits in 2010, but after that, the bear market followed in 2011-2014. The total loss of client funds at Paulson & Co since 2011 was $ 9.4 billion. 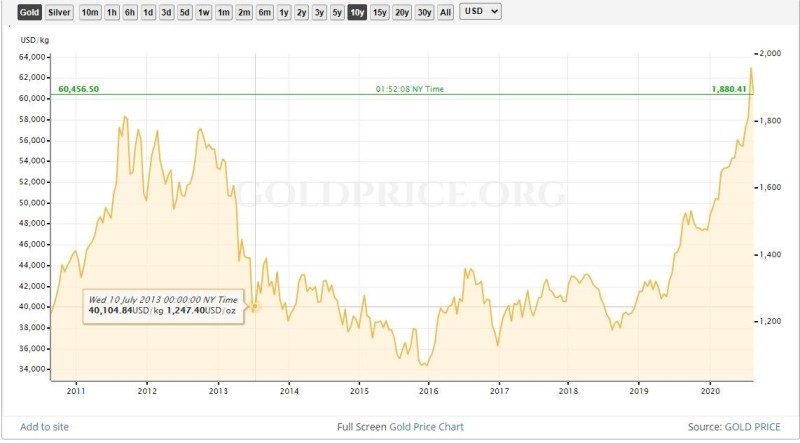 Anyway, Paulson found ways to cover his losses. He acts as a true speculator and makes wise investments, for instance: 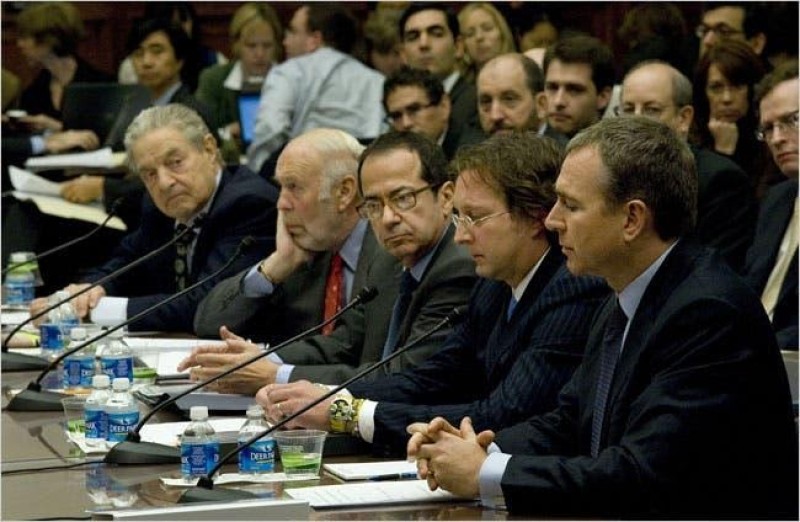 Before making a huge profit, John Paulson leveraged a conservative approach called ‘merger arbitrage’. He bought the shares of companies with takeover targets below the acquisition price and waited for a boost. Sometimes, this strategy works but there is always a risk, and winners in this sphere are scarce. Paulson’s talent to dig such brilliants was the decisive aspect.

Today, John Paulson’s strategy is to observe equity markets and find credit default swaps. The investments start paying off when the credit security fails in value. He proved that diversification is important not only for investment options but for strategies, too. He combined conservative arbitrage strategies with clearly speculative ideas while dividing his investments – that worked out pretty well. 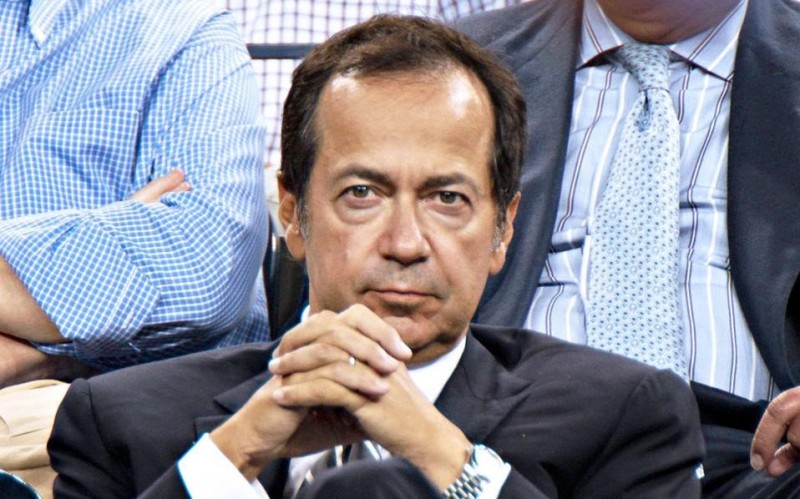 After making money on mortgage collapse, Paulson recommends buying a home to everyone. Source: ekathimirini.com

So, what’s the lesson to be learned? John Paulson says:

“Many investors make the mistake of buying highs and selling lows while the winning strategy is the opposite one.”

Some investors and traders tend to enter the market at the top because it seems to be looking bullish in long term. However, when the market has already moved up sufficiently, the reverse trend occurs, and it gets ready to make a correction.

For selling, the opposite is true: when the market has been falling for a long time, you should not sell because you may end up selling at the very bottom. You should wait for a price pullback to a resistance area or range of values, and then watch for a sell signal to retrace the trend after the pullback.

Here are some of John Paulson’s quotes that might help you understand the nuts and bolts of successful trading:

Thus, if you want to reap profit long-term, you should keep tabs on the market and adjust your strategy according to its every move. Unless you are a day trader, you should focus not on daily or monthly profits – this line of conduct isn’t always fruitful.

So, What is John Paulson's Net Worth?

To some extent, John Paulson is an exception to the rule: he manages to make money where others lose it. What is it? A talent? Intuition? Neither. Paulson’s success is built on his ability to track the market trends and foresee the future even in the most unpredictable periods. He has an eye for shares with huge potential and knows well which companies have a chance to hit it even after a double bottom.