A market analyst reports the new all-time high for gold. Number of delivery contracts also rose significantly, which might cause growth on the other markets. 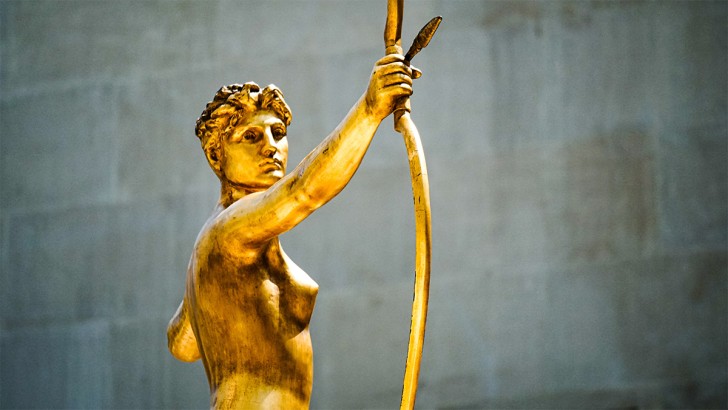 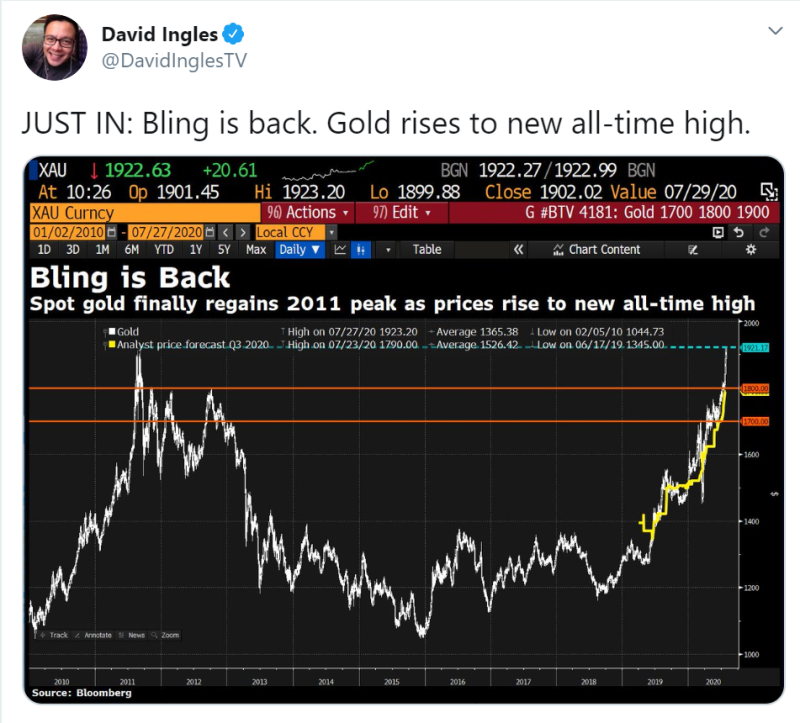 After the weekend, gold showed a new growth spurt, during trading, the price exceeded $1,920 per ounce. This is the new maximum for gold, which has surpassed the nine-year high it has been steadily striving for over the past weeks.

The Rise of Delivery Contracts

John Authers, a senior editor at Bloomberg, claims that the number of gold delivery contracts has increased several times. 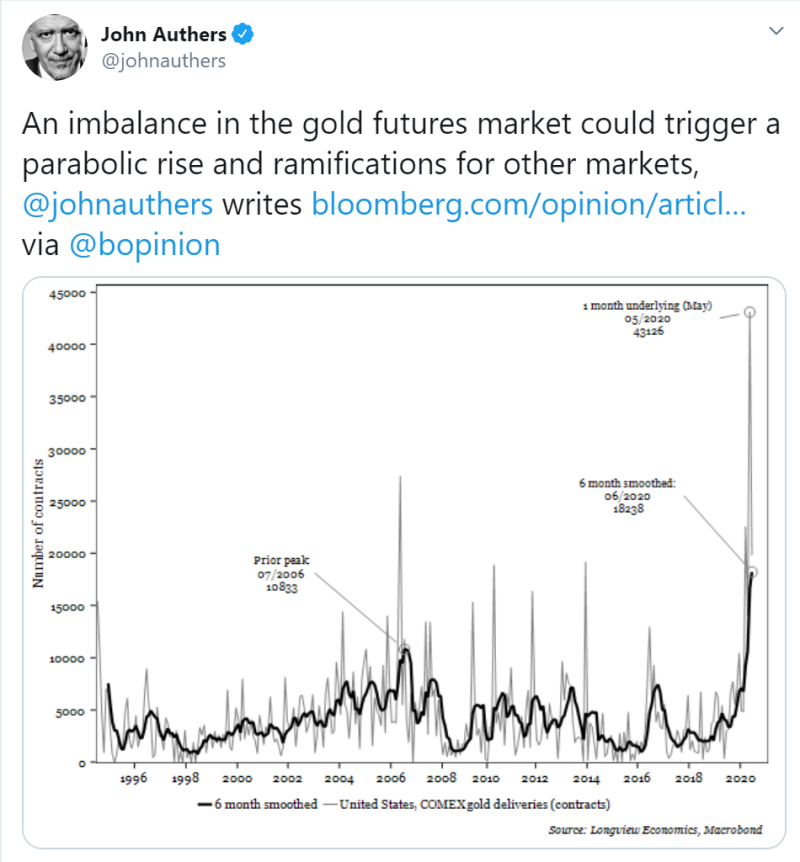 According to his data, at the moment the number of gold delivery contracts in the futures market significantly and exceeds the values ​​of the previous months.

The last peak was in 2006, and then there were about 11,000 contracts in circulation. Now the average value over the past 6 months is 18,238, and the value reached an incredible 43,000 in May. This means that now there are a lot more investors who want to get their hands on physical gold, and not extend the futures on it. Mr. Authers warns this imbalance could lead to significant growth in other markets.

Earlier, Mr. Authers has already warned that gold is becoming more popular with investors since the volume of negative yield debt is growing all over the world and rates on government bonds are decreasing. Other experts predicted that the price of gold will exceed $2,000 per ounce by September, and it is likely to rise to $3,000 or even $5,000 in a few years due to rising inflation caused by the Federal Reserve's actions.

Latest News
How To Find The Best Stock Broker With Reviews
25 minutes ago
Investing in Dual Citizenship: What Are the Best Investment Options to Obtain a Second Passport
4 days ago
Investment Property Financing & Debt Service Coverage Ratio Loans
1 week ago
Implementing Sustainable Strategies This Year In 4 Effective Steps
1 week ago
How to Transfer Crypto Using a Mobile App
1 week ago
Unexpected advantages of nearshoring: a few reasons to try this way of development outsourcing
1 week ago
Investment Opportunities To Help Diversify Your Portfolio In 2023
1 week ago
Most popular cryptocurrencies
4 weeks ago
Learn the basics of investing in Ethereum
1 month ago
Can a trader make money on social media and if yes, how can they efficiently promote their page on Instagram in 2022
1 month ago
Follow us on Twitter