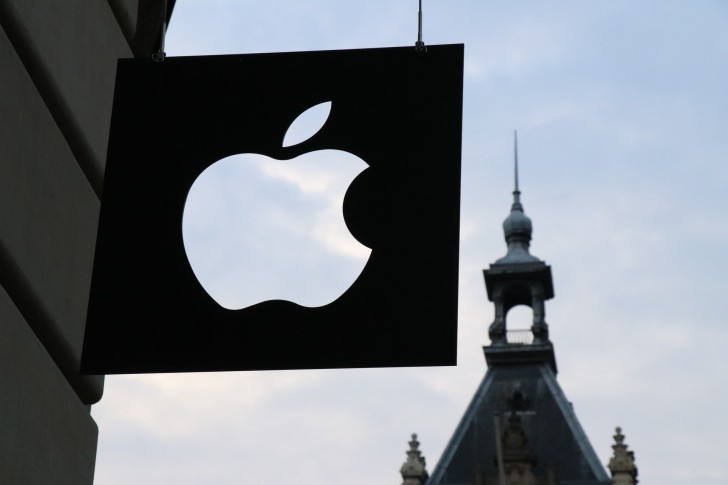 "Do you think that within the next few days, Apple’s market capitalization will be more than that of the entire Russell 2000 companies combined? Justified or bubble?" Michael A. Gayed via Twitter 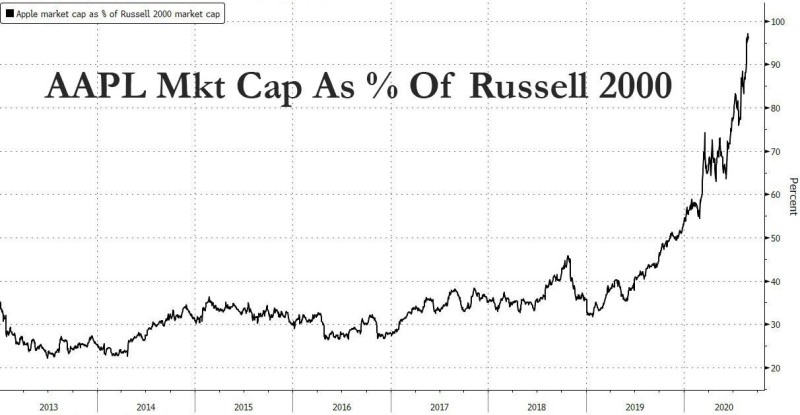 The Reasons of Apple's Growth and Small-Cap Fall

The fact of the rapid growth of Apple's capitalization and it's approaching the total capitalization of all companies in Russell 2000 no longer seems surprising. The largest technology companies, which, of course, include Apple, benefited the most from the coronavirus pandemic. Their shares have risen by tens of percent after the March fall, and now they are reaching new all-time highs.

Small stocks, on the other hand, were significantly affected by economic lockdown. Some industries have lost from 30% to 50% of their value. Barry Ritholtz, a chief investment officer at Ritholtz Wealth Management, believes that the rapid growth of the largest companies and the fall of small ones are to be expected. Large companies are more focused on developed foreign markets, many of which were less affected and were able to recover faster, while smaller companies rely more heavily on the domestic U.S. market.

Apple's shares are now on the rise following good second-quarter earnings and an announced stock split that will take place on Monday. 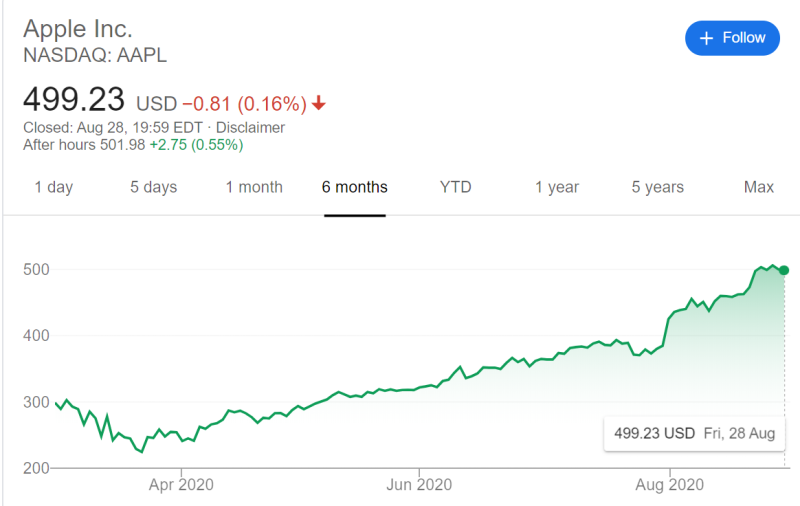 The combined market cap of the 5 largest companies, which together are called FAAMG, including Apple, for the first time in history equals to $7 trillion. This means that now only 5 companies make up about 25% of the total S&P 500 index.