With political ideologies at the heart of nearly all issues both socially and domestically.Do cryptocurrencies and trading platforms pander to politics as well? 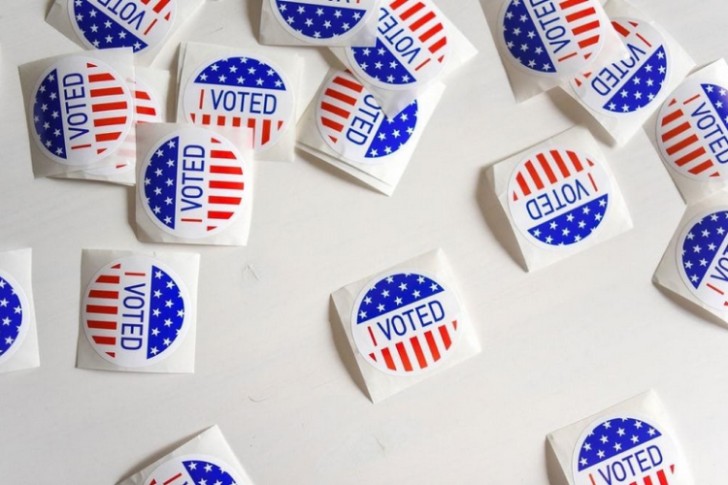 What was long considered the libertarian dream, and the currency surely to fund it, cryptocurrencies have seen a ubiquitous global adoption in the last few years, something that seemingly transcends political affiliation. But does it really? While the left vs. right war continues to wage on in ever more stark contrast, where exactly do crypto enthusiasts sit on the spectrum? Or has it become an apolitical representation of disruptive technology?

While Bitcoin and associated cryptocurrencies are based on decentralization, opening access to a wider, global population of users, the coins themselves often don’t represent much political ideology of their own. Which, in the beginning, many believed was a nod towards more libertarian views, if not outright anarcho-capitalist. But as time marched on, and adoption rates soared, bitcoin and other cryptos have shown themselves to be the champion of institutional interest, as well as a beacon of the wealth that capitalism can indeed bring to those who choose to invest their time and money. With some tokens seeming much more conservatively linked, while others seem to appeal directly to a more liberal point of view, there does seem to be a good amount of interest in crypto throughout the political spectrum.

While there have been a few surveys and studies that suggest people of certain political affiliations will lean towards one coin or another, when it comes to the trading platform of choice, there is even less party correlation. With platforms appealing more to investment drivers than to political aspirations. Platforms like Bitvavo offer novice investors a wider selection of tokens, as well as advice on investing, that can help guide investors to make their best choices in the market- as opposed to making political choices.

The Politics Behind Crypto

But occasionally, keeping politics out of crypto is much more difficult than you’d think, if not impossible. Looking back at the original framework of Bitcoin, political corruption, manipulation, and distrust were the reasons why the coin was created in the first place. In the wake of the 2008 global financial crisis, Satoshi Nakamoto– the creator of Bitcoin– hoped to create a more decentralized monetary system. One without a single point of failure, and one that used a publically transparent ledger; which would hopefully reduce the risks of future recessions like the one of 2008.

From these more libertarian viewpoints grew a fully democratized digital currency. One that is still free from most types of governmental manipulation today. While governments cannot directly control cryptos like bitcoin, create more of their tokens, or really regulate their value– they are still seen to be one of the major drivers of crypto adoption throughout the world. In countries that have high levels of political distrust, or live within a country that has an unstable national currency, crypto adoption rates have been soaring. Particularly as people use the borderless, low-cost system to protect assets they already own and send money to loved ones around the globe. With an increase in adoption, value often follows.

Despite governments still having some sway over the value of Bitcoin and other cryptos, political affiliation seems to hold far less water. With most polls suggesting that there are just as many right leaning crypto owners as there are left leaning crypto owners. In fact, the spectrum seems fairly well balanced until you start to look at tokens specifically– which is where the party lines seem to be fairly clearly drawn.

Which again helps to sediment the idea that not all cryptos were created equal, nor do they all hold the same applicable use-cases. Suggesting that interacting with crypto at large is any man’s investment, but choosing a token is something much more personal. Bitcoin seems to be the most all-round choice, with roughly as many right leaning supporters as it has left, something more representative of the general population. Where coins like ether, Ripple, and EOS seem to be favored by left leaning ideologies– with many investors identifying as socialist and liberal.

Whereas tokens such as DASH, Litecoin, and Bitcoin Cash seem to be the preferred tokens of the right– with majority investors identifying as conservative and libertarian. With major outliers such as Monero, the most popular private-coin, being overwhelmingly favored by the extremes; both nihilists and anarcho-capitalists. With each coin seeming to strike out it’s own tribe, the crypto/political taxonomy seems to be well set to support ideologies of nearly anyone. Leaving crypto trading platforms to choose which tokens they support, and investors choosing the trading platforms.