The NASDAQ index showed an astounding return over the course of the month. Perhaps it's time to adjust the trading movement. 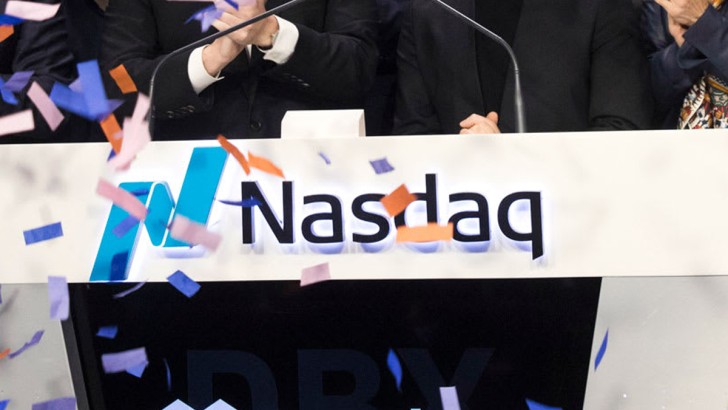 Jeroen Blokland, the head of Multi-Asset Robeco, notes that the index has not been recorded in a negative zone two times in a row for 48 days. 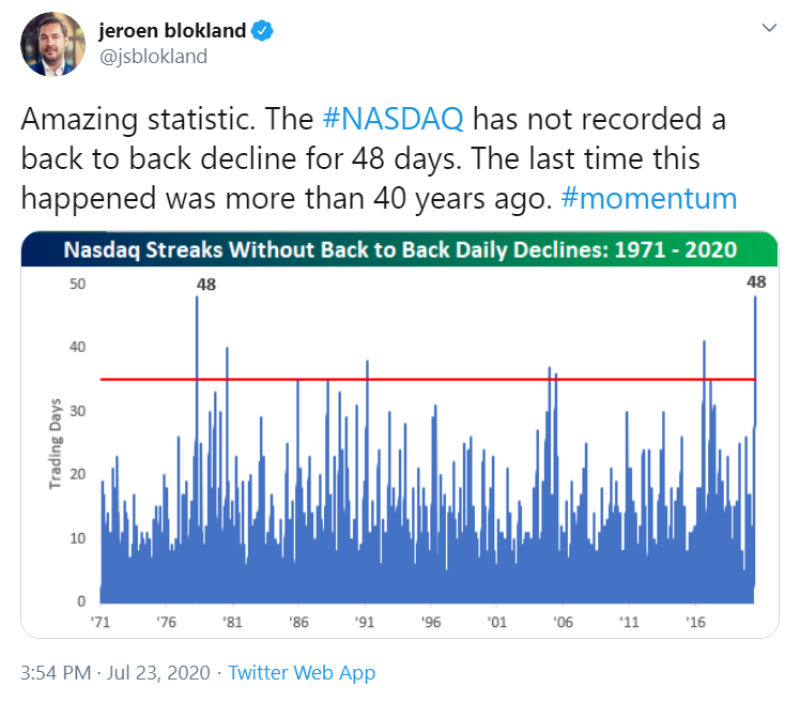 Jeroen warns that the last time this happened was 40 years ago. He thinks that this should be followed by a large correction, which many market participants have long expected.

He has previously pointed out that most S&P500 stocks have higher dividends than the 10-year US Treasury yield. The number almost hit 80%, which is the highest amount. The expert's chart reveals that each time a disaster arises, that figure hits its peaks. 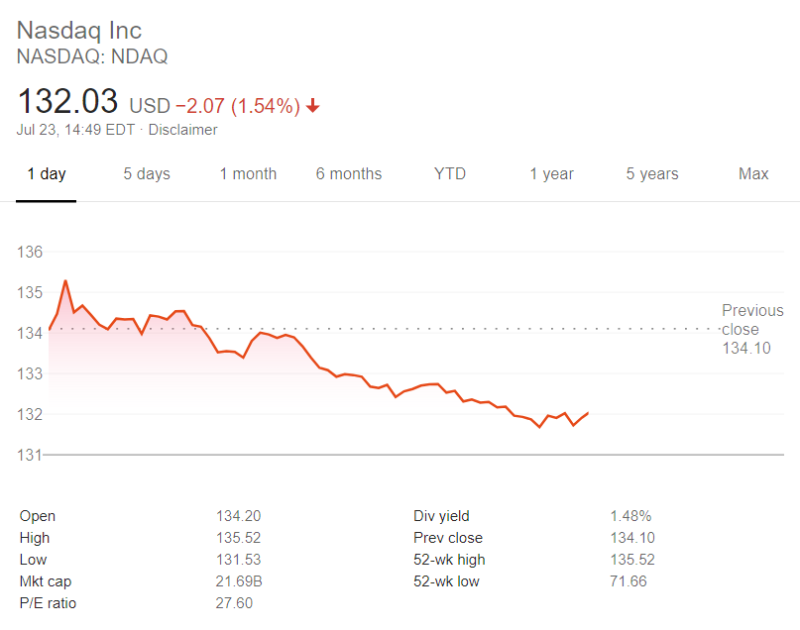