BlockShow, an international blockchain event has announced a fundraising campaign for reconstruction of Notre Dame Cathedral. 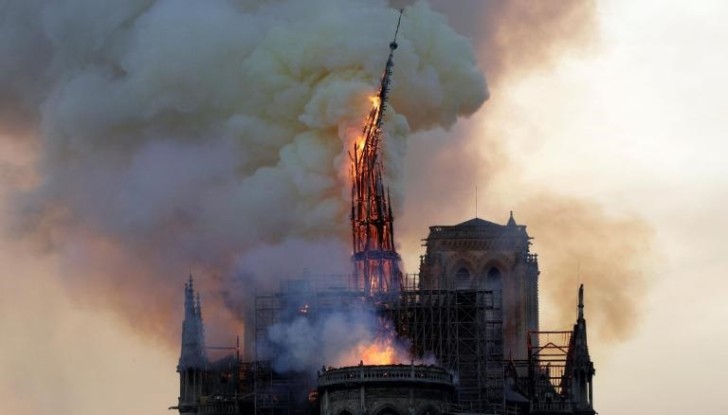 The famous Notre Dame Cathedral caught fire on April 15th, 2019. After hours of fighting the fire, authorities were able to bring the inferno under control. However, the fire had done serious damage to the 850 year old building. Even the spire, the most iconic part of the structure, could not withstand the fire and collapsed.

BlockShow has tweeted that it will be raising funds in cryptocurrencies for the restoration of the French cathedral. It has posted two wallet addresses, one of Bitcoin and the other of Ethereum, where people can donate the money. It has also posted the links of another foundation, Foundations Du Patrimoine, which is also raising money for the restoration, albeit in fiat.

Former President of the United States, Barack Obama also tweetedon the tragedy, “Notre Dame is one of the world’s great treasures, and we’re thinking of the people of France in your time of grief. It’s in our nature to mourn when we see history lost — but it’s also in our nature to rebuild for tomorrow, as strong as we can.”

The incident at Notre Dame Cathedral has also touched other individuals and organizations, with over a hundred different campaigns launched, including on GoFundMe and La Fondation Avenir du Patrimoine à Paris. Notable people in France have poured in thousands of Dollars for the rebuilding including big names such as Bernard Arnault, the Bettencourt Meyers family and François Pinault

I’d like to say words of comfort and solidarity with the French nation, also as citizen of Gdańsk, 90% destroyed and burnt, later rebuilt. You will also rebuild your cathedral! From Strasbourg, French capital of the EU, I call on all 28 States to take part in this task.

In recent years, the trend of collecting donations in the form of cryptocurrencies has increased, with this one being the latest.