Tesla (TSLA) has Outgrown the S&P 500 (SPX) and Nasdaq (IXIC) 25 Times in Less Than a Year. Michael A. Gayed Talks About a Bubble That Will Face a Correction

Michael A. Gayed reports Tesla stocks outperformed stock indices and now is a growing bubble which will face a correction very soon. 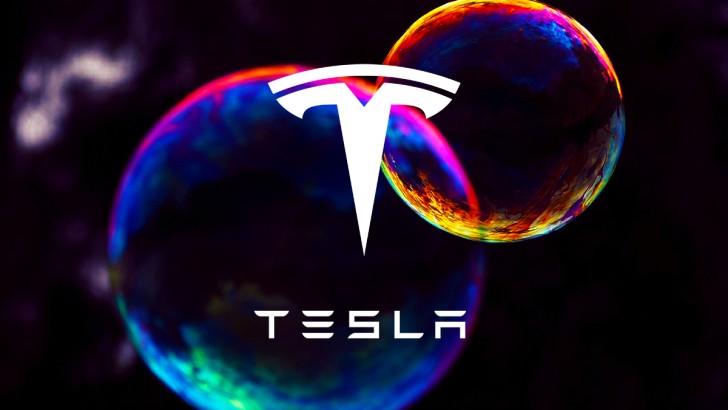 Michael A. Gayed, a portfolio risk manager and an analyst, points out that Tesla's stock has shown incredible growth in less than a year. 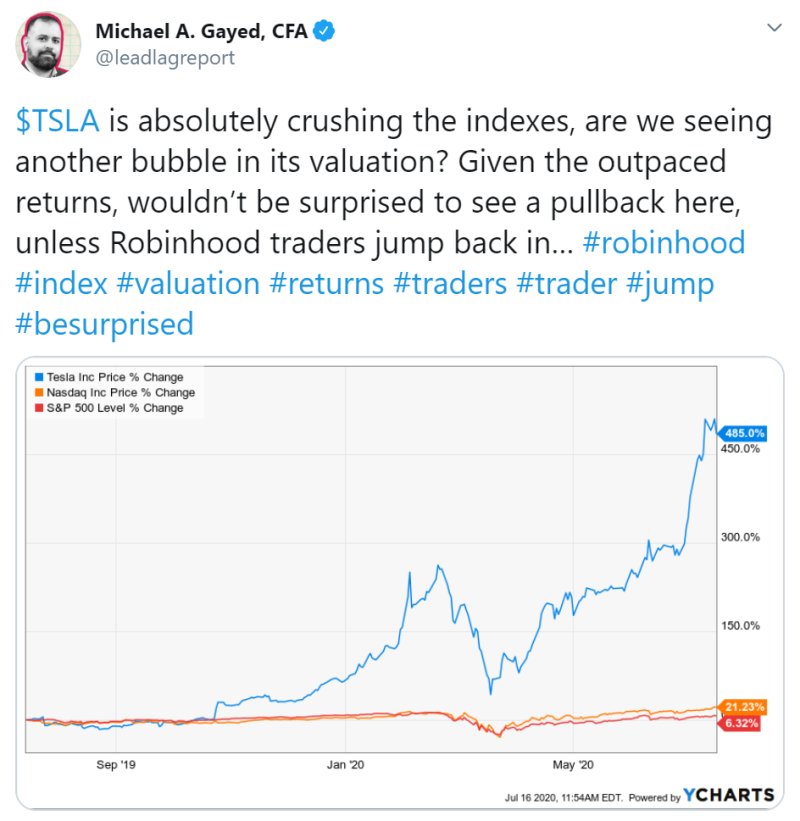 This figure cannot be compared to the performance indicators of the two main indices - the Nasdaq Composite and the S&P 500. These indices, according to Mr. Gayed, rose 21.2% and 6.3%, respectively.

The analyst speculates that Tesla represents a large bubble that is growing in technology stocks. However, he notes that the bubble may soon burst, especially given the period of financial reporting, which is now taking place in the United States.

Also, Mr. Gayed notes that the further growth of the Tesla bubble can be helped by Robinhood users. This remark is true, given that it is the stocks of technology companies, including Tesla, that are the most popular choice of Robinhood traders.

Let us recall that earlier similar assumptions regarding technology stocks bubble have already been put forward, although they were concerned with the growth of capitalization of the five largest technology companies, included in the S&P 500.