Nikola, an electric truck company, has collected 5,000 applications for its future model. The shares have been positively affected. 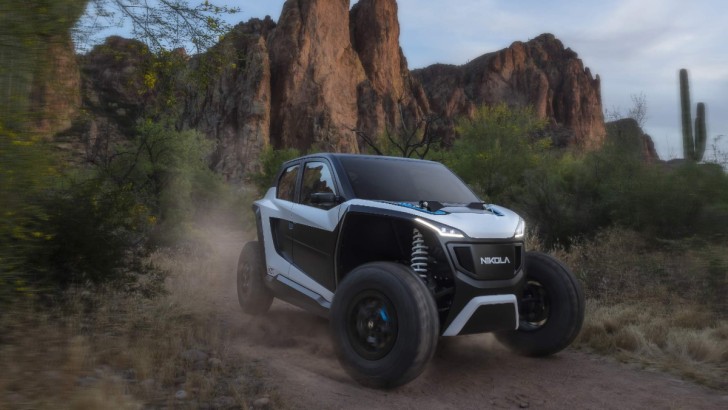 The manufacturer of electric trucks, Nikola, issued a press release about opening the application process for their model of the electric truck on June 29th. It is worth to mention that the company still does not have even a prototype of this model.

The company's shares immediately responded with rapid growth, even before the opening of trading on Monday. $NKLA rose more than 7% from $64 to $69. At the moment, the markets are not open yet, the stock is valued at $66.8. At the open auction on Monday, the price broke the $70 mark. 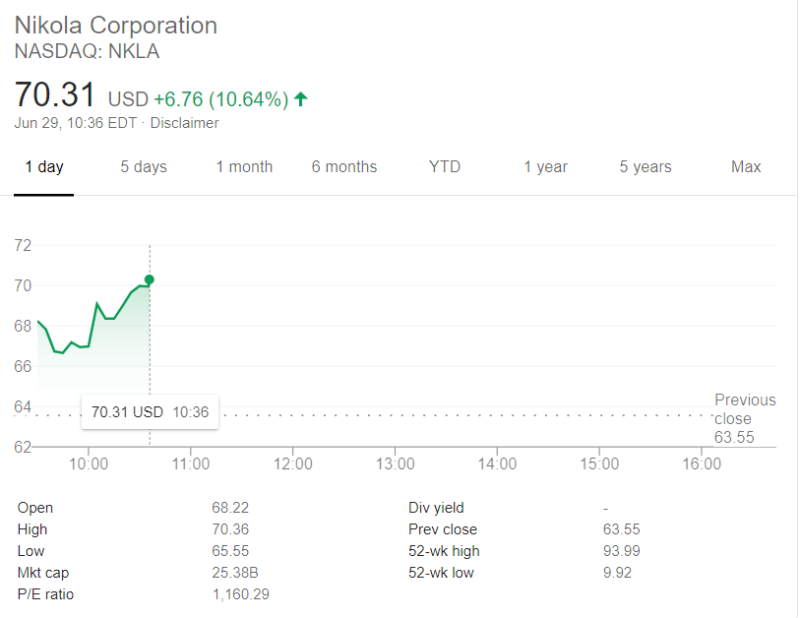 Pre-orders completed before November 15th 2020 will enter to win the badger and to receive a $5,000 off the car's final purchase price. Also, the customers will be invited to the Nikola World badger debut, which will take place on 3-5 December 2020 in Phoenix, Arizona.

Three day getaway with Nikola with start with an opening ceremony on December 3rd, which will be followed up by a party for the owners of pre-ordered vehicles. A live concert is coming up on December 4th, along with general admission to and exclusive rides on December 5th. Nikola's Powersports and other products will be displayed and a few surprises will be there to entertain the public.

Nikola may repeat Tesla's success with the help of some legislation. To recap, the government of California presented a plan to help commercial organizations transition from conventional trucks to electric trucks.

These measures will be applied starting from 2024. By 2045, the state of California plans to switch to using only electric trucks. If this happens, Nikola will find its niche and play a leading role in the field.

Despite the growth in the premarket after the announcement of the news, during the main trading, the price did not go further.

Despite the growth in the premarket after the announcement of the news, during the main trading, the price did not go further. Trading continues at below $70.

On Twitter, users were ambivalent about the company's move. Many expressed their fear and started calling for shorting the shares. Some users thought that Nikola is going to represent the air since no one has seen a single prototype yet.

Some users still compare Nikola with Tesla and call it a more thoughtful option.