Microsoft (MSFT), Apple (AAPL), and DiamondPeak Holdings (DPHC) Stocks are Named to be the Most Popular ones Among Robinhood Users Today 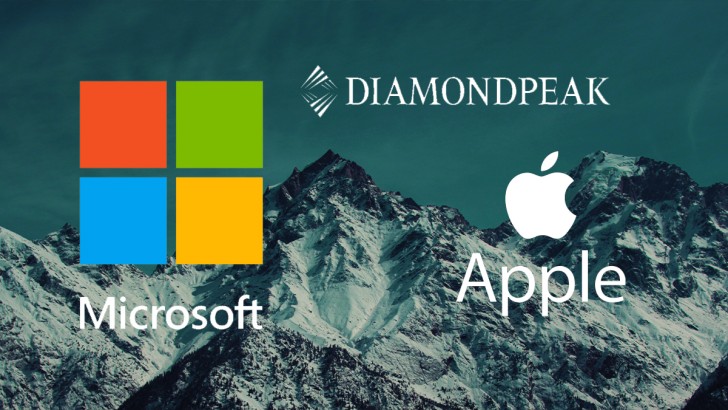 Robinhood traders still prefer the technological sector over everything else. The most popular stocks today are DiamondPeak Holdings (DPHC), Microsoft (MSFT), and Apple (AAPL). All top 10 companies are in the green zone, except for American Airlines (AAL), the rate of which has declined by 4% over the last 24 hours. 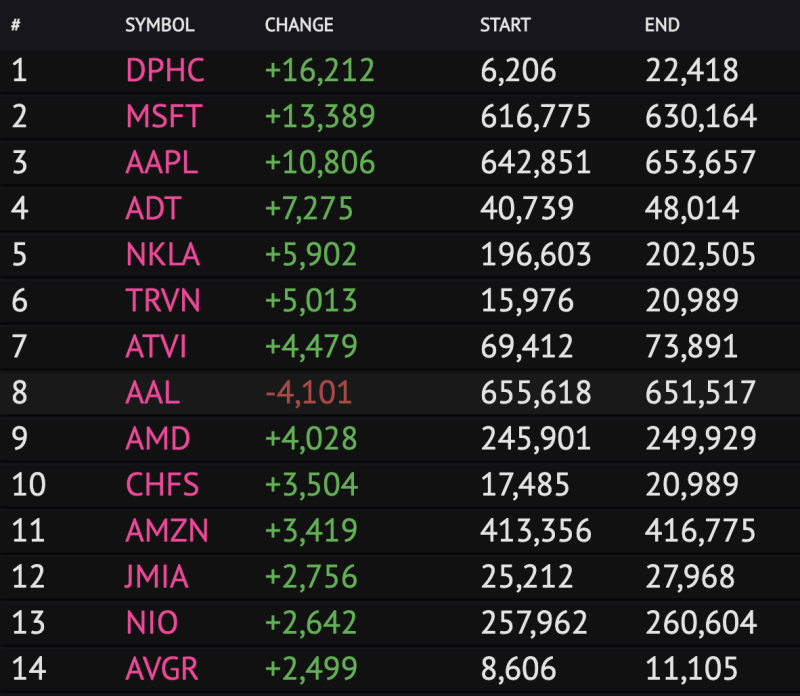 The rise by 35% over the last 2 days may be the reason it has become the most popular stocks among Robinhood traders today.

On the daily chart, DPHC could not fix above the $15 mark after a sharp growth. Even though the stock has declined to almost $13, the Relative Strength Index indicator is still located in the overbought area. The drop may be stopped at the area of $11 level, which is considered to be a 'mirror' one. Such scenario is relevant until the end of the month.

Apple (AAPL) keeps growing after it has successfully fixed above the psychological mark of $400.

However, on the 4H time frame, the bullish power is coming to the end as the trading volume is declining. What is more, the bearish divergence is being formed, which is a signal for a possible price drop coming up. If bulls cannot fix around $430 within the next few days, there is a chance to see AAPL trading around $400 by the end of summer of 2020.

Microsoft (MSFT) is another technological company that is among the leaders chosen by the Robinhood clients.

Microsoft (MSFT) is still located in the bullish trend, however, it is about to face a slight correction to gain efforts for a further rise. The decreasing trading volume and low liquidity support also suggest a possible drop. In this case, the more likely scenario is a correction to the yellow range between $250 and $210 in mid-August.

Stocks
26 Oct 2020, 07:10 AM
45% of Nio (NIO) Stocks Are Held by Institutional Investors. The Biggest of Them Is Baillie Gifford, One of the Main Beneficiaries of Tesla's (TSLA) Skyrocketing Growth
45% of Nio's stocks are held by institutionsl investors, far bigger share than the Tesla's one.

Latest News
45% of Nio (NIO) Stocks Are Held by Institutional Investors. The Biggest of Them Is Baillie Gifford, One of the Main Beneficiaries of Tesla's (TSLA) Skyrocketing Growth
2 days ago
S&P 500 (SPX) Bullish Pattern for this Week Is Detected
2 days ago
Facebook (FB) and Netflix's (NFLX) Stocks Unusual Dark Pool Activity, More than $200 Million Shares of Each
4 days ago
Apple (AAPL) Stock's Bearish Pattern Is Detected, It Might Go Even Lower, According to the Tech Analysis
4 days ago
Tesla's (TSLA) Stock Is Down by 1.2% due to 50,000 Electric Vehicles Being Recalled in China
4 days ago
AMD Stock Jumped Up by 3% on Intel's (INTC) Failure, More Challenges from AMD to Come, the Expert States
4 days ago
US Dollar (DXY) Is About to Enter the Third Bear Market Since 1980, Jeroen Blokland Says
5 days ago
A Look At Some Of The Best Home Warranty Companies
5 days ago
Tesla's (TSLA) Stock Can Still Hit $547 Mark by the End of October, Despite Weak Market Reaction to the Great Q3 Report, the Trader Assumes
5 days ago
Intel's (INTC) Stock Fell by 10% after Q3 Report Showed the Worst YoY Revenue Decline Since 2015, AMD Stock Rejoices
5 days ago
Follow us on Twitter