How soon do you see the global economy back to normal? The IMF is not very optimistic about this. 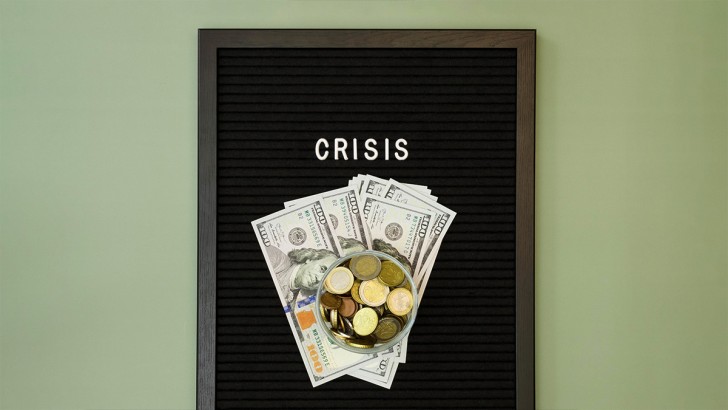 The International Monetary Fund recently released a post, warning about possible worsening of the ongoing economic contraction. According to the IMF, the global economy has weak spots that may collapse under prolonged or stronger pressure.

IMF's Warning About the Emerging Markets

The IMF highlights that the shape of corporate credit markets has been worsening. Borrowers have become less solvent and the underwriting standards have decayed, which has led to more risks of companies defaulting on their loans.

Banks should be able to withstand the turmoil in corporate credit markets because loans are not extremely leveraged. However banks do not have a major role in this field.

Nonbank financial institutions lend more to businesses and therefore can potentially have more losses than banks. If they fail, the flow of credit to companies will be disrupted, which may lead to significant negative outcomes for the economy.

Emerging markets were pressed by the global downturn. The capital outflows from them topped $100 billion, which is nearly two times what the world saw during the last crisis.

Low interest rates established by the government led to more inflows into risky assets, including emerging markets. As the economy took a hit, risky investments became more volatile and more difficult to manage.

Banks make a profit from the difference in interest rates on liabilities and assets. Low interest rates enabled them to borrow money from the government on better terms but imposed challenges on staying profitable.

The IMF considers that banks were already feeling the pressure before the deterioration of the economic environment in 2020. If banks are unable to make profits, they produce less credit for the economy during the time when it is most needed.

Notably, the IMF highlighted that banks trying to stay afloat by taking an extra risk may create fertile soil for future economic issues.

The IMF’s outlook suggests that the global economy is on the brink of collapse and that the velocity of the downfall may increase sharply if the pressure continues. This brings a sobering feeling that a V-shaped recovery is not as likely as many of us would like.