Curve.fi and Convex finance have fundamentally changed the way Decentralised Finance yield mechanisms work by offering great rewards for liquidity providers on stable coins and other tokens - with approximately 12bn USD in total value locked (TVL). This is why XBE.finance has chosen to build out their products using both Curve.fi and Convex Finance as a foundation for its protocol. 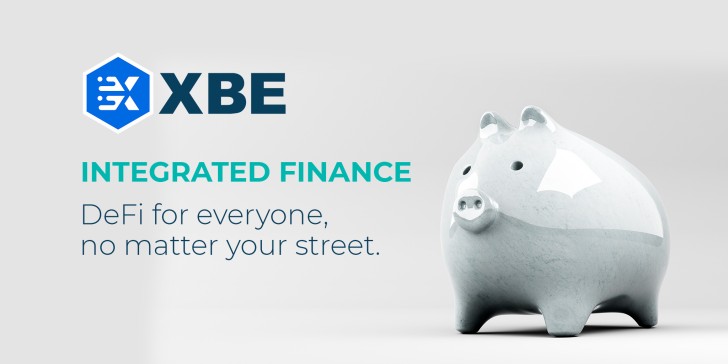 The XB Hive product is taking this concept of complementary yield further to improve rewards even more.  All a user needs to do is commit their Curve Liquidity Provider tokens to the XB Hive, and it will add its own token rewards (in the form of the XBE token) on top of what Convex and Curve already offers – amplifying the yield of any Curve liquidity staked in the XB Hive to some of the highest levels for users around!

Over and above the rewards in XBE (the XB protocol’s Ethereum governance token) the Hive complements these great protocols by adding new features and tools for users to earn and dive into DeFi!

So what is the XB Protocol?

The XB protocol was launched to bridge the gap between everyday users, DeFi, and traditional finance through the benefits of an “Integrated Finance” approach.  Optimising yield rewards on user’s DeFi, FIAT, and Traditional Securities liquidity through the XB Hive is an important step that underpins the protocol’s commitment to regulatory compliance when engaging with the FIAT and Traditional Finance worlds, while respecting the privacy and self-sovereignty that makes DeFi so exciting.

The XBE (ERC20) token was distributed freely and fairly to community members with no founder or investor allocations to enable protocol governance during an initial liquidity event. Supply is limited and with the current emission, schedule will reach 40 000 tokens as maximum supply by September 2023.

The protocol generates daily XBE token reward emissions that are used to support the respective services that grow the protocol – helping to attract liquidity, earn protocol income, and incentivize partnerships.

It is no secret that high gas fees make it difficult to do smaller transactions cost-effectively on Ethereum, and the XB protocol is no exception to that, which is why plans to expand to layer 2 networks like Fantom, Polygon and Binance Smart Chain (among others) are well underway and will happen one after another following the XB Hive launch!

The Hive has been designed so that it can offer the same reward amplifications and ease of use functions that it adds to Curve and Convex on the Ethereum network for leading protocols on each layer 2 network it is launched on!

To kick-off the first layer 2 network launch plan the protocol will soon take a snapshot on the Ethereum network to airdrop a proportion of new tokens to veXBE holders (users who have locked up their XBE).  Users can also look forward to new launch liquidity incentives!

Remember to follow our socials so you don't miss out on the XB Hive launch, or the coming Layer 2s!  You can find them on the XBE.finance website or read up on XB protocol’s roadmap on the “This is XBE” blog!

You can start with XBE today!

You can go to EasyXBE today to trade the XBE token, stake or lock XBE, or take advantage of the XBE rewards on the SushiSwap Pool while we all wait in anticipation for the imminent XB Hive launch!