Activity in the Bitcoin network is growing along with its price, steadily and slowly, which indicates a "healthy" condition of the network. 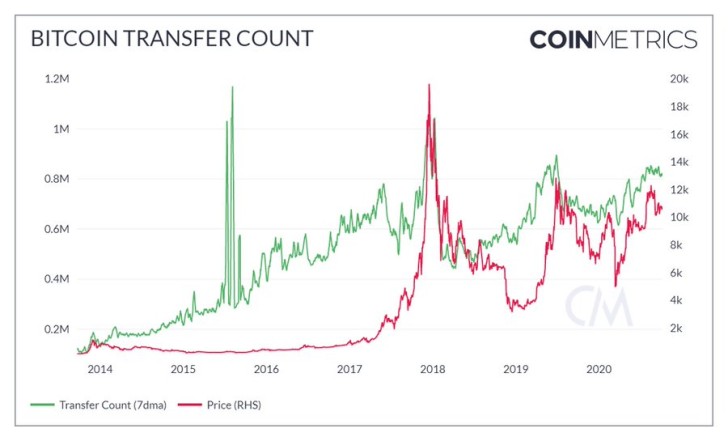 On-chain data, the 7-day average number of transactions in the Bitcoin network increases along with the price. These figures show that the network is stable and users are actively making transactions in it.

It also confirms that the current growth in the cryptocurrency price is organic and healthy, which further gives hope for updates to the annual highs.

The highest adoption index, the 30-day average BTC addresses, is a price of about $15,000, which indicates that the highest cryptocurrency is substantially undervalued at current rates around $11,000.

Prerequisites for a Repeat of 2017.

Despite the fact that all on-chain data indicates a new phase of the bull market, the price of Bitcoin has been in a state of uncertainty for a long time. The price could not break the $11,000 mark for a long time. Several times the price tried to go below $10,300.

At the beginning of 2020, the pattern driven by local exchanges began to shift and reminded traders a similar picture. The decline is like an accumulation period at the end of 2016 when Bitcoin price in 2017was pushed to an all-time high of $20,089. The dip is close.