The share of the largest companies has grown significantly. 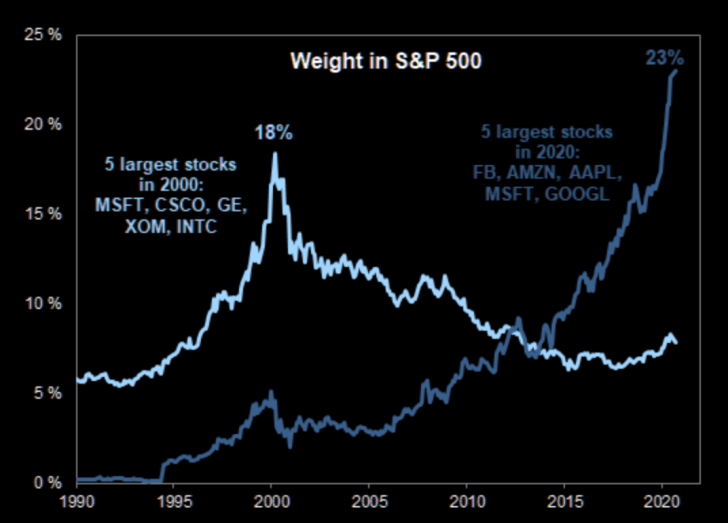 Microsoft is the only company to maintain its status as one of the largest companies in the S&P 500 since the 2000s, according to The Market Ear.

It is also worth paying attention to how much the share of 5 companies now exceeds the same indicator in 2000, 23% vs. 18%. Until the recent rapid correction, the difference was even greater.

At the same time, all 5 largest companies in the index belong to the same technology industry, which was not observed even 20 years ago, at the time of the extreme popularity of Internet technology companies.