Lithuanian Central Bank, The Bank of Lithuania has singled out IBM and Tieto to develop its Decentralized Ledger Technology (DLT) based blockchain ecosystem. 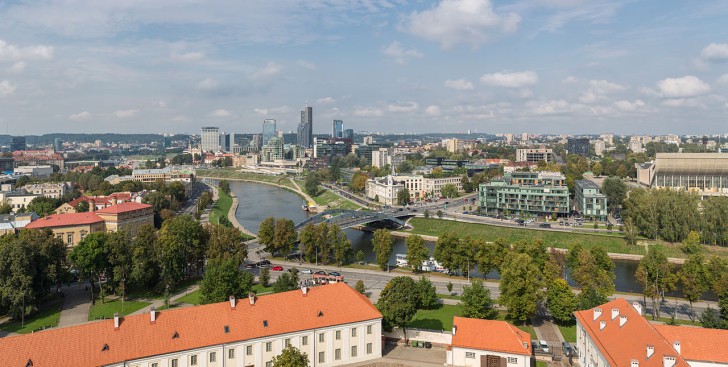 The Bank of Lithuania had been running a competition to attract blockchain developers to create a complete decentralized ecosystem for its complete financial needs. Technology giant IBM and IT services firm Tieto have been finalized by the central bank for the task. According to a report by the financial technology news outlet FinTechFutures, both parties will now present their blockchain systems to the central bank and it will select the winner.

Designated the LBChain, the project saw different decentralized technology developers from all over the globe take part. In the end, the two companies have been selected. According to Andrius Adamonis, the Project Manager at Bank of Lithuania,

The final testing session will show which solution is most suitable for market needs. […] We believe that the greatest advantage of LBChain is its versatility. We strive to create a platform that would not only serve for testing products or services that are already offered on the market, but would also be used to create those that might currently exist only in a financial architect’s mind.

The final product, according to Adamonis, will be able to cater for a wide variety of financial products and needs. Whichever the final blockchain is the winner, it will be able to demonstrate the characteristics. The blockchain in question is based off Hyperledger’s Fabric and R3s Corda.

Bank of Lithuania has also said that it has already tested different systems from financial technology companies of European origins. These systems were tested to get a better idea on the compatibility with current Anti Money Laundering (AML) and Know Your Customer (KYC) regulations. The systems were also checked against their ability to perform cross border payments, along with the ability to support a digital stock and share exchange.

Lithuania, a small country along the southeastern shore of the Baltic sea, was the first Baltic country to gain independence from the Soviet Union, nearly a year before its fall. The country is considered to be a high income country and has one of the lowest corporate tax rates. This has caused many a fintech companies to already use the country as a basis of their operations. It also has the first International Blockchain Centre, located in the capital city of Vilnius.

Crypto
29 Sep 2020, 08:09 AM
An Expert Published a Negative Scenario For Bitcoin (BTC) Based on Lengthened Growth Cycles
Despite the fact that Bitcoin is in a global uptrend, growth cycles stretch over time, which can affect the price reaching new historical highs.

Latest News
An Expert Published a Negative Scenario For Bitcoin (BTC) Based on Lengthened Growth Cycles
3 hours ago
P/E Ratio of the US Market Is Still Very High, Even Despite Others Have Better EPS Over Time
16 hours ago
The Combined Market Cap of Apple (AAPL), Amazon (AMZN), Microsoft (MSFT) and Alphabet (GOOGLE) Combined Market Cap Now Equals to 42% of Nasdaq 100 (NDX)
16 hours ago
The Volume of Short Positions in the Shanghai Composite Index (SHA:000001) Hits All-Time High at ¥80 Billion Following the S&P 500 (SPX)
18 hours ago
Nio (NIO) Stock Target Price Raised to $23, New Power Up Plan and Smart Assistance System Stir Up Investor's Interest
20 hours ago
[BREAKING] Tesla (TSLA) Is About to Purchase LG (LG) Stake. Green Light For Stocks
22 hours ago
Larry Cermak Estimates KuCoin Exchange Hack to be $280 Million
1 day ago
Index-Following Hedge Funds Struggled this Year Due to High Volatility and Instability
1 day ago
Bitcoin (BTC) Follows Gold (XAU) And Silver (XAG) Stock-to-flow Model
1 day ago
The S&P 500 (SPX) Will Fall Even Deeper if the Correction Repeats the Usual Trend Originated Since 2009
2 days ago
Follow us on Twitter