Tesla (TSLA) Stock Exceeded $1,000 Threshold Second Time Ever, What is Next? 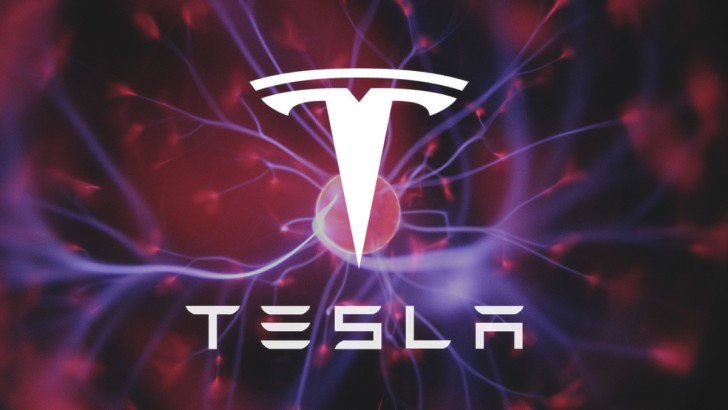 Two significant events for Tesla took place this Monday. First, on June 29, 2010, it was 10 years to the day since Tesla’s initial public offering.

Second, the shares of the company for the second time in history overcame the psychologically important price threshold of $1,000. In spite of that, Tesla’s shares could not rise to its maximum price of $1,025, which was achieved on 10th June.

Scott Redler, a Chief Strategist of T3Live Company,  suggests that TSLA's growth will continue despite the existing resistance, and might reach a value of $1,019 - $1,027. 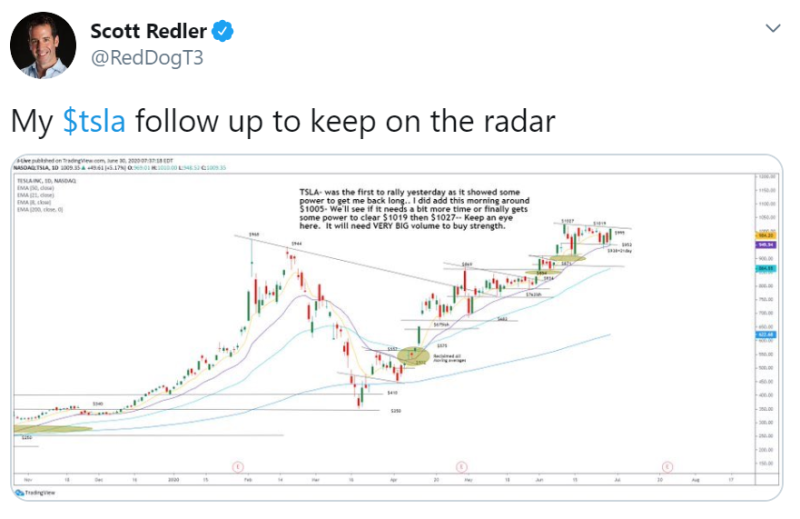 Dani Burger, a Bloomberg's author, notes that Tesla has increased market capitalization and suggests that the next goal will be to overtake Toyota, the largest automobile company by market cap.

“More broadly speaking, we continue to expect these higher-growth companies to receive a premium in this low-rate and low-commodity world so you have top-down portfolio tailwinds to boot. Stick with it”   Ari Wald, Oppenheimer's Head of Technical Analysis

Starting in January of this year alone, the TSLA stocks grew by more than 140 percent, which is an amazing result even under 'normal' market conditions. And although the current situation in the world cannot be considered 'normal', the Tesla managed to completely restore the price of its shares the impact by the pandemic within a few months, returning to February's indicators and even exceeding them. 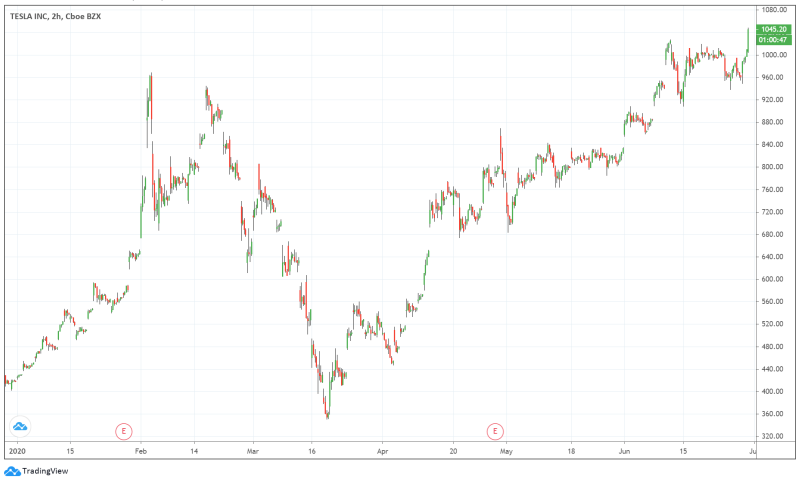 Stocks
29 Sep 2020, 19:09 PM
AMD Stocks Target Price Is Set to $100 by Famous Trader due to the Strong Technical Pattern
@traderstewie believes AMD stocks will rise by 35% - 45% after pushing off the 50-day Moving Average line
Charts
29 Sep 2020, 16:09 PM
European Central Bank Balance Sheet Is Equal to 64% of Eurozone GDP
The European Central Bank is inflating the balance sheet, raising the mark by €32.4 billion over the past year.

Stocks
29 Sep 2020, 14:09 PM
NIO Global Now Controls 86.5% of NIO China's Stocks To Continue Expansion On Global Markets
NIO Global announced the acquisition of an 86.5% stake in the Chinese division of NIO China. Experts will tell you how this may affect the share price.

Latest News
AMD Stocks Target Price Is Set to $100 by Famous Trader due to the Strong Technical Pattern
1 hour ago
European Central Bank Balance Sheet Is Equal to 64% of Eurozone GDP
4 hours ago
NIO Global Now Controls 86.5% of NIO China's Stocks To Continue Expansion On Global Markets
6 hours ago
US Dollar (DXY) Showed Dead Cat Bounce, the Expert Predicts Decline to Resume
9 hours ago
An Expert Published a Negative Scenario For Bitcoin (BTC) Based on Lengthened Growth Cycles
12 hours ago
P/E Ratio of the US Market Is Still Very High, Even Despite Others Have Better EPS Over Time
1 day ago
The Combined Market Cap of Apple (AAPL), Amazon (AMZN), Microsoft (MSFT) and Alphabet (GOOGLE) Combined Market Cap Now Equals to 42% of Nasdaq 100 (NDX)
1 day ago
The Volume of Short Positions in the Shanghai Composite Index (SHA:000001) Hits All-Time High at ¥80 Billion Following the S&P 500 (SPX)
1 day ago
Nio (NIO) Stock Target Price Raised to $23, New Power Up Plan and Smart Assistance System Stir Up Investor's Interest
1 day ago
[BREAKING] Tesla (TSLA) Is About to Purchase LG (LG) Stake. Green Light For Stocks
1 day ago
Follow us on Twitter