Microsoft (MSFT) Refused to Advertise on Facebook (FB) and Became the Largest of the 90 Companies Joining the Boycott. Read Further to See What is Going On 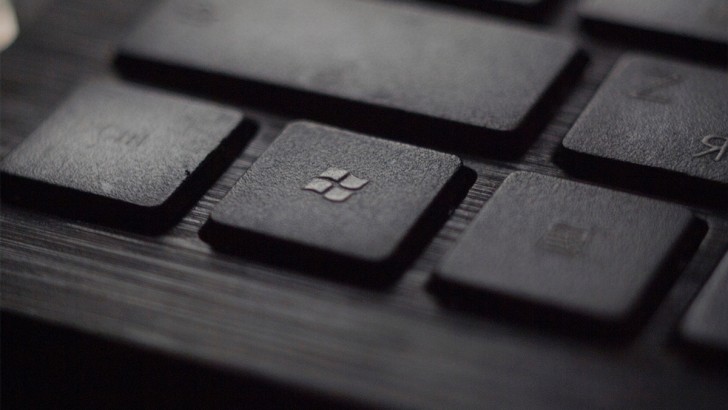 Last Wednesday civil rights group, including the Anti-Defamation League and NAACP, started #StopHateForProfit campaign to stop companies from advertising on Facebook in the month of July. According to the statement by the civil rights group, Facebook was spreading “hate and disinformation”, “turned a blind eye to blatant voter suppression on their platform,” and couldn’t protect and support minorities.

The list of demands of those engages in the boycott is as follows: to remove public and private groups posting inappropriate content, to create a team of experts to review complaints, to submit to independent audits, and to eliminate discrimination in Facebook's algorithms.

More and more companies were joining #StopHateForProfit campaign over the past week, Hershey's, Verizon, Ben & Jerry’s, Patagonia, Levi Strauss, and The North Face are among them.

Last Friday Coca-Cola and Unilever refused to advertise on Facebook. This led to FB losing $56 billion of market capitalization, and Mark Zuckerberg being dropped to 4th place in the ranking of the top richest people in the world, making a place for the CEO of Louis Vuitton.

Mark Zuckerberg has already responded to the demands and issued a statement containing information about the introduction of additional steps to fight suppression and hate speech, labeling harmful but newsworthy content and creating a higher standard for hateful content identification, but it didn’t prevent new companies from joining the boycott.

According to a journalist from CNBC, Carl Quintanilla, Microsoft also decided to stop advertising on Facebook this Monday. Microsoft is the third largest FB's advertiser, after Samsung and P&G. 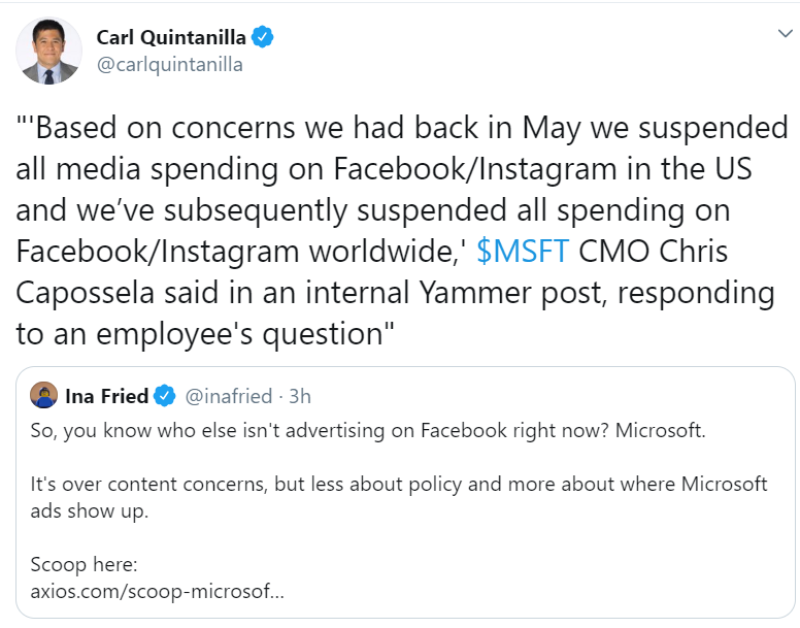 Currently, according to analysts, the following large companies have suspended Facebook ads for a period of one month and more: 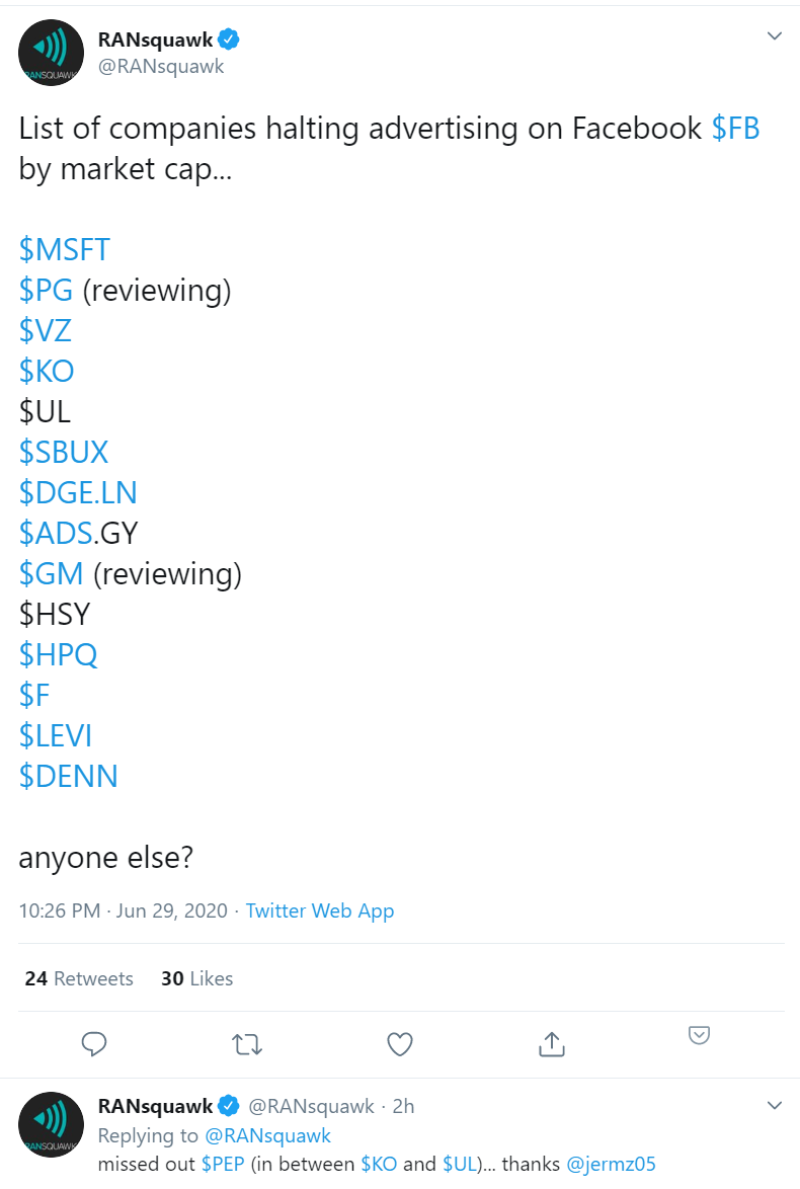 Altogether, more than 90 advertisers of various sizes have already joined the growing boycott or simply stopped advertising without joining the movement.

Nevertheless, not all experts are sure that the boycott will be productive, despite its scale. Louis Velazquez, the CEO of Megahoot, called the boycott worthless due to FB's massive size.

Facebook's stock rose at the trading session on Monday and its price was $220 at the close. Thus, the shares rose in price by roughly 4.5% in one day, despite the negative information circulating in the media. 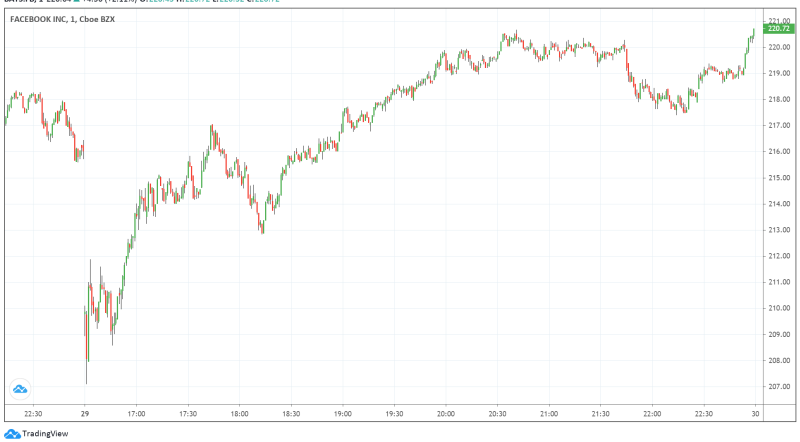 Latest News
FANGMAN Market Cap is Now Higher than Combined GDP of Germany, Italy and Indonesia
5 hours ago
Robinhood Users' Top-3 Picks Of The Week: SPAQ (+48.5%), NIO (+35.6%), NFLX (+11%)
9 hours ago
Bitcoin (BTC), S&P 500, Tesla (TSLA), Facebook (FB) - The Rally Continues but not for Everyone
23 hours ago
Netflix (NFLX) Reached New All-Time High By Growing More than 8% in A Day
1 day ago
Tesla (TSLA) Rockets to $1,500 Leaving Behind All Short Sellers with the $18 Mln Loss
1 day ago
Nasdaq (NDX) Is Showing Bearish Divergence While Setting New Highs
1 day ago
Elon Musk Revealed Plans To Start Selling Tesla (TSLA) Model 3 In India
1 day ago
TRON (TRX) Continues its Uptrend As the Altcoin is Now Available on Phemex
1 day ago
The FED's Balance Sheet Is Slightly Below $7 Trillion With Debt Yields Near Lows
1 day ago
The European Central Bank Reported An Increase of 1.4% In Outstanding Debt Securities
1 day ago
Follow us on Twitter