Kodak stocks fell by 20% today after amazing bullish rally during this week. 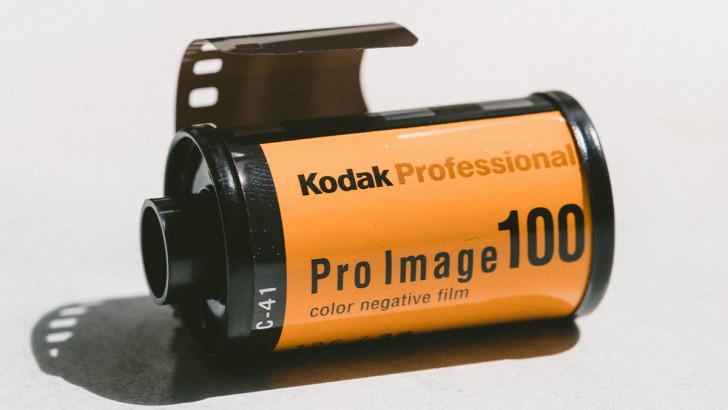 Kodak is a company that has been creating camera-related products for more than a century. But its current activity is not connected with cameras this week.

Let us recall that the stock experienced an incredible rise after Donald Trump announced that the company would get about $765 million in debt to start producing pharmaceutical products. In two days, Kodak rose by more than 20 times, exceeding price of the $40 per share.

However, the bullish rally appears to be rather short-lived and speculative. Today the company's shares have fallen in price by almost 20% relative to the opening price and now stand at about $24. 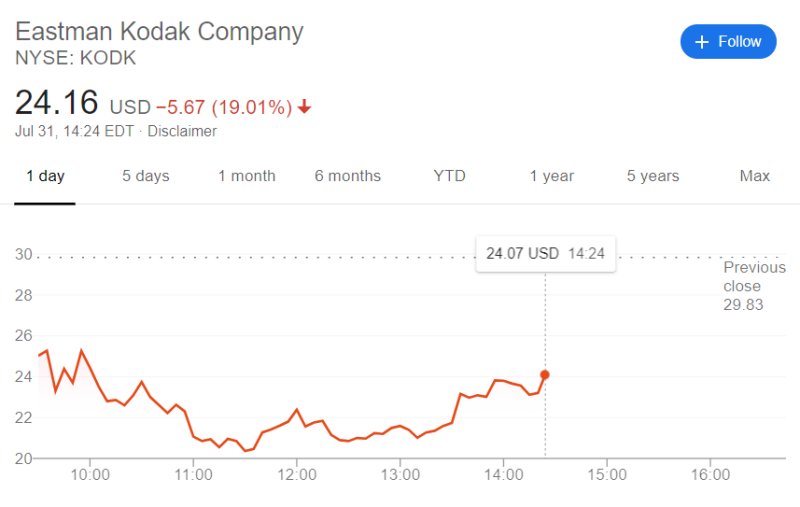 Jason Spatafora, the owner of the "Marijuana Stocks" news site, suggests that the share price will not exceed $25, based on the data on the large increase in the number of orders for put options at the corresponding price. He lost faith in further growth in value. 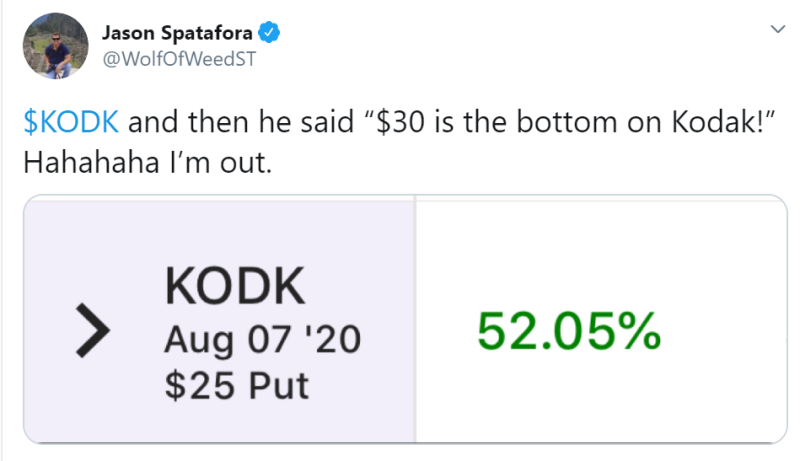 Investors share their stories of how Kodak became the cause of their capital loss. @Hipster, founder of marketcrumbs.com, talks about how he lost more than 50% of his investment when he bought Kodak shares at the highs.

Most likely, not only he is now experiencing such losses. More than 25,000 Robinhood users purchased shares of the company yesterday, and today they seem to have little to be joyful about.