Tech companies are creating a gap on the market. 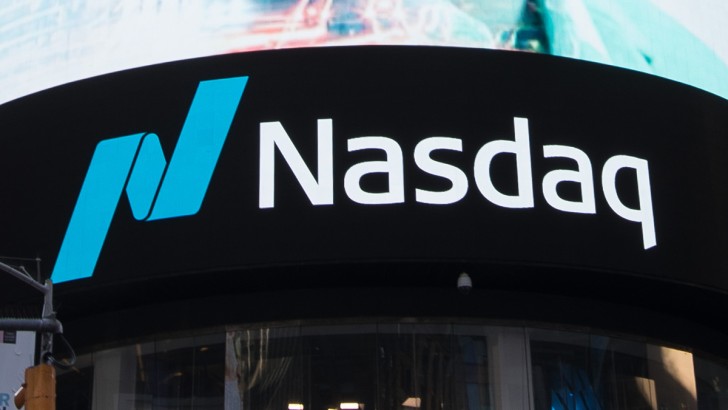 NDX to SPX Ratio Equals to 3.5

Mohamed A. El-Erian, a chief economic adviser of Allianz, notes a sharp rise in the ratio between the Nasdaq 100 and S&P 500 indices. Both indices have shown significant growth in recent months.

@markets chart on the massive out-performance of the #nasdaq--and this relative to an S&P index that, itself, has been on fire. As noted earlier, tech"s relative out-performance makes sense given business trends and balance sheets The tricky issue is absolute valuations #markets Mohamed A. El-Erian via Twitter

The S&P 500 index, which includes 500 largest companies on the US market based on capitalization, has been continuously growing over the past 5 months, setting new all-time highs. However, the Nasdaq 100, which includes tech companies, largely outperformed the S&P 500 in this race. The ratio between the two indices now stands at 3.5, the largest gap between the two in the past 20 years. 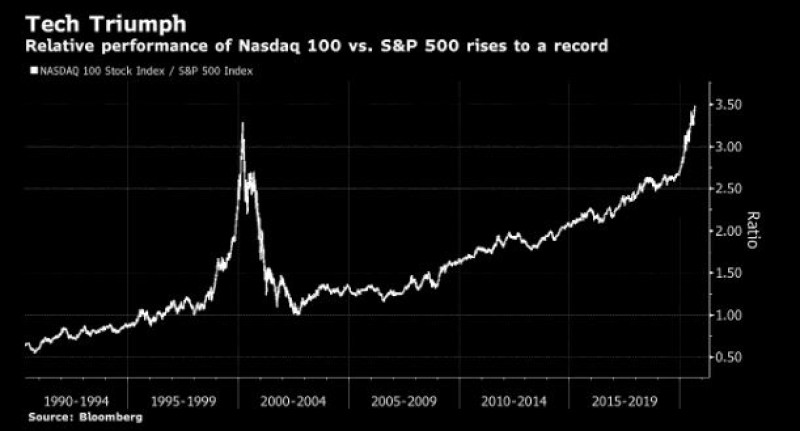 The last time the ratio reached this size was in early 2000. At that time, there was a sharp rise in the popularity of technology stocks, which eventually led to the bursting of the dot-com bubble.

Analysts have already noted the explosive growth of the tech sector. The 5 largest companies have been pushing the entire S&P 500 up for several months.

Earlier, It also became known that the Nasdaq 100 index rose by 1% thanks to the growth of shares of only three companies, Tesla, Amazon and Apple, although the other 97 companies were falling at that time.