Know Your Crypto: The Very Important Differences Between Blockchain, Cryptocurrency, and Digital Tokens

The best way to invest is to know what you’re buying into. 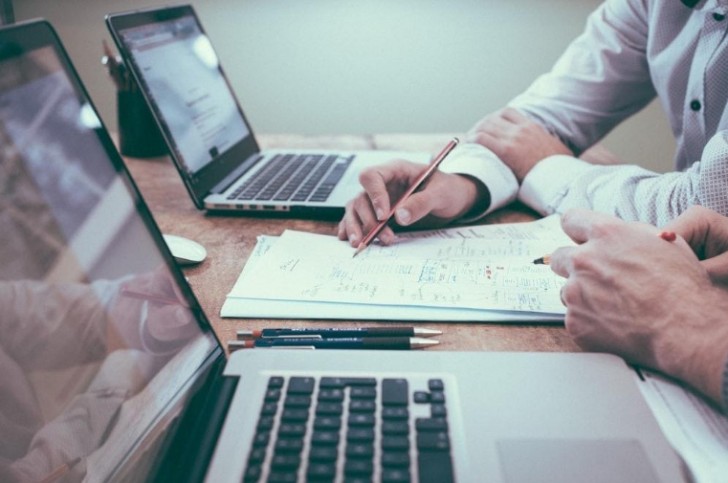 Taking a quick glance at Evonax, or any other crypto exchange platform, designed specifically for retail interest, it’s easy to see why so many regular people have been investing in cryptocurrencies and digital tokens lately. Not only is it a simple process, but it’s also incredibly secure and an exciting gateway into the world of finial investment.

But more than that, cryptocurrencies, digital tokens, and blockchain also function as a window into the wonderful world of burgeoning technologies. Something that we could all use a bit of a brush upon. Technology changes fast, but if you know the fundamentals, it’s not such a wild ride.

Blockchain Brought Us All

Blockchain is the underlying public ledger technology that cryptocurrencies, digital tokens, and a number of other types of interpreting technologies are built on. First debuted in 2009 by Satoshi Nakamoto, the mysterious creator of Bitcoin, blockchain technology was poorly understood and not well applied. While there definitely exists a better grasp of the technology today— as well as several prototypical technologies that spawned from blockchain— there are still a number of crypto investors that don’t quite understand what blockchain is and where cryptocurrencies come from.

Becoming more of an industry buzzword than a technological principle, blockchain and its applications became muddied within the first few years of Bitcoin’s debut. However, as adoption thrived, a greater understanding of the underlying principles came to light— and so did the myriad of applications associated with it. Blockchain could easily be integrated into a number of preexisting data storage systems to revolutionize and increase the efficiency of those systems. Because, really, that’s what blockchain is. It’s a novel way of validating and storming data in a way that is both easily accessible and secure.

Blockchain, when considered from a cryptocurrency application, is a system in which transactions are verified to be true, then added in an immutable, read-only, format to the public ledger. This means that anyone who interacts with the Bitcoin main net can see exactly what transactions have transpired when they occurred, and where the bitcoin was sent from/where it was sent to. Each transaction is created in such a way that it can never be changed. Which can make it easy to see the overarching possible applications of the technology, specifically in traditional finance and healthcare settings.

Cryptocurrency: Use and Relevance

Cryptocurrency, while having morphed slightly into something that functions differently from the original design, cryptocurrencies are still meant to be transacted and used as—what else— a currency! The idea behind digital currencies was to provide a fully borderless, decentralized, and pseudo-anonymous way to transact value around the globe. Providing a system with higher accountability and none of the discriminatory practices that traditional finance falls prey to.

While few of these currencies, if any, have been recognized as legitimate currency by any government, it has yet to stop them from becoming one of the most sought-after speculative investments in today’s markets. This is largely because cryptocurrencies have found their niche as a speculative asset, more than one that functions as actual currency. Which to a degree was to be expected while adoption of the currencies themselves slowly took hold. In order for cryptocurrencies to be used as a remittance system for goods and services, many people would need to agree on terms of use and essentially one system (or a number of systems that could work interchangeably) that could be utilized as a global currency.

Which is a paradigm that may be on the horizon, especially as historically volatile markets begin to find their feet. Not only through global adoption, but also through stabilization of prices and value. There are also a number of cryptocurrencies specifically designed to hold a lower value (stablecoins) in order to be used as currency, like Tether (USDT); which is a coin that aims to remain in value close to that of one US Dollar. Hence the name, it’s “tethered” to USD.

However, regardless of whether this happens or not, cryptocurrencies are still a speculative force to be reckoned with. One that has shown, year upon year, to give up some serious gains.

Aside from the functionality of the tokens themselves, their worth is often highly disjointed from that of cryptocurrencies, where digital tokens like NFT (non-fungible tokens) that work as placeholders for oddities, collectibles, or art— can be worth millions of dollars, or next to nothing at all. Whereas tokens like Ripple (XRP), which are the functional unit of a particular type of banking software, can waver in price but are extremely unlikely to ever become a speculative asset.

Not that these digital tokens aren’t worth investing in— as they absolutely are— but an investor must understand what it is they are investing in, why they plan on investing, and what the end goal of that investment is. Oftentimes with novel investment opportunities, whether it is cryptocurrencies, tech stocks, or start-ups, investors get caught up in the FOMO trap and wind up putting huge amounts into assets that they don’t fully understand. Largely because others have reported decent returns from investing in the same. Digital tokens and blockchain technologies are no strangers to this particular type of investment, and because of that, a number of investors lost a great deal of money in 2017– betting on investments that they had no inherent understanding of.

So the best way to protect your investment, and look forward to a better ROI, is to understand the crypto market that you are buying into and supporting. Well before you take the plunge.