Etihad Airways To Use Blockchain for Internal Information System

The national airlines of United Arab Emirates, Etihad Airlines, is going to test out blockchain for more efficient information flow within the company. 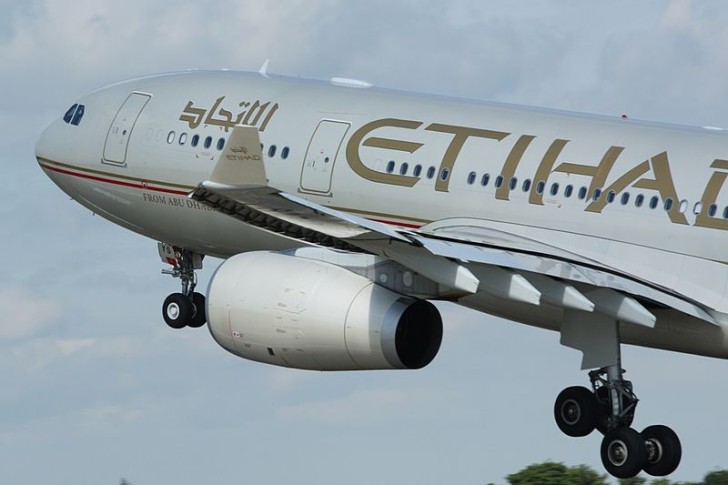 Etihad will be partnering with a Switzerland based start up, Winding Tree for this purpose. The start up is a blockchain platform that will help the airline have better flow and control over its information systems. The Ethereum based blockchain platform will be providing support primarily in the logistics side.

Leveraging the power of blockchain, Etihad Airlines will be able to directly interact with information such as its flight times, baggage tracking, inventories and travel itineraries, among others. If the test is conducted successfully, it would mean that the airline would no longer need third party firms that currently handle this data. Resultantly, there will be a huge savings for the company in terms of monetary benefits and time. This was made clear by Digital Innovation Director of Etihad, Tristan Thomas as he said these companies are usually overpriced.

The Chief Operating Officer of Etihad Airlines, Pedro Anderson, supported this and said,

We have been doing experiments and new solutions on the platform. Ultimately, that benefits the consumer. When there’s innovation, you start to have disruption, you have competition which results in better prices for the consumer.” And, “Very few have chosen to disrupt the distribution world and that’s because those are major players with very significant margins that have acted to keep that kind of a closed shop,

The aviation industry has been slow to adopt blockchain technology, but as the industry grows and sees the benefits it offers, adoption is on the rise. Winding Tree, is one such project that has been able to help the airline sector. It has already partnered with Lufthansa for a blockchain marketplace that will have its own cryptocurrency.

Other aviation companies that are interested in the distributed technology include S7, a Russian airline. It has been using the technology to issue its passenger tickets.

Wining Tree is a Swiss based blockchain company that provides real time information system to a number of different sectors, such as airlines, tourism, hotels and offices.

Crypto
29 Sep 2020, 08:09 AM
Expert Published Negative Scenario For Bitcoin (BTC) Based on Lenghtened Growth Cycles
Despite the fact that Bitcoin is in a global uptrend, growth cycles stretch over time, which can affect the price reaching new historical highs.

Latest News
Expert Published Negative Scenario For Bitcoin (BTC) Based on Lenghtened Growth Cycles
2 hours ago
P/E Ratio of the US Market Is Still Very High, Even Despite Others Have Better EPS Over Time
14 hours ago
The Combined Market Cap of Apple (AAPL), Amazon (AMZN), Microsoft (MSFT) and Alphabet (GOOGLE) Combined Market Cap Now Equals to 42% of Nasdaq 100 (NDX)
14 hours ago
The Volume of Short Positions in the Shanghai Composite Index (SHA:000001) Hits All-Time High at ¥80 Billion Following the S&P 500 (SPX)
16 hours ago
Nio (NIO) Stock Target Price Raised to $23, New Power Up Plan and Smart Assistance System Stir Up Investor's Interest
18 hours ago
[BREAKING] Tesla (TSLA) Is About to Purchase LG (LG) Stake. Green Light For Stocks
20 hours ago
Larry Cermak Estimates KuCoin Exchange Hack to be $280 Million
23 hours ago
Index-Following Hedge Funds Struggled this Year Due to High Volatility and Instability
23 hours ago
Bitcoin (BTC) Follows Gold (XAU) And Silver (XAG) Stock-to-flow Model
1 day ago
The S&P 500 (SPX) Will Fall Even Deeper if the Correction Repeats the Usual Trend Originated Since 2009
2 days ago
Follow us on Twitter