A Co-Founder of Ripple (XRP), Chris Larsen, States the Tech Cold War Is Here and the U.S. Is not Winning it

The new Cold War is close and the U.S. is far behind China right now. 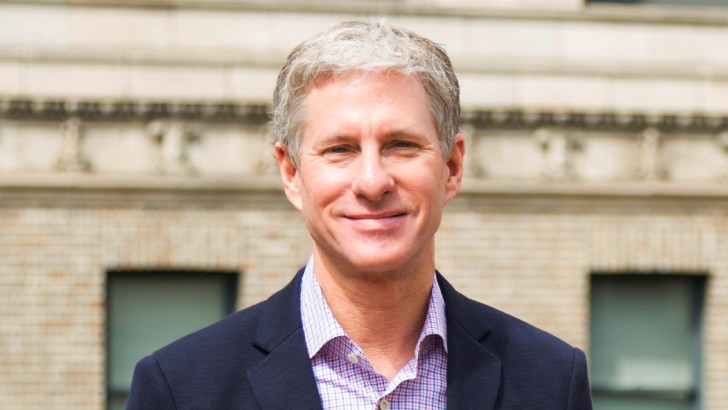 Chris Larsen, an investor and a co-founder of several Silicon Valley technology startups, including the most famous of it, Ripple, thinks the new Cold War between the United States and China has already begun:

Dollar Domination Is Coming to an End

In his article for The Hill, Mr. Larsen elaborates on the reasons that allow China to become a threat to the financial and technological dominance of the United States in the world.

Now 88% of all financial transactions in the world are carried out using the dollar. China, like the rest of the world, has benefited from the fact that the U.S. supports and controls the global financial system, but now it has a chance to take the lead:

"Much of the world’s financial infrastructure is based on antiquated technology from the 1970s and faces dramatic change from digital wallets, blockchain technology, cryptocurrencies, and interoperability protocols. For China, this is a once-in-a-century opportunity to wrest away American stewardship of the global financial system, including its ultimate goal of replacing the dollar with a Digital Yuan." Chris Larsen, a co-founder of Ripple.

Digitalization within China has reached incredible proportions. For example, the first state-owned digital currency, Digital Yuan, is being developed, while the Chinese themselves have almost completely abandoned cash and credit cards, and are using digital payments.

Besides, about 65% of all world cryptocurrency mining is focused in China, and the government subsidizes the energy needed for this process. Thus, the Chinese authorities already have a sufficient number of elements of control over digital financial flows in their hands.

The U.S. Is Far Behind and Should Take Some Measures

In contrast, in the USA, the success in digitalizing the economy is not so significant. Cash and credit cards still dominate today, and there are no initiatives to create a digital dollar that can compete with the Chinese currency. Moreover, only two blockchain protocols have been approved by the regulators, however, they are also under the control of Chinese miners.

Unfortunately, now, says Mr. Larsen, the U.S. regulation is too unfriendly to new technologies. It was introduced after the ICO boom in 2017-2018 when many investors suffered from numerous frauds. Over the past few years, the legislation has not been changed, it still does not define what "good" innovations are.

Chris Larsen believes that the development of the digital economy is a strategic interest of the United States and an issue of national security because it is already easy to imagine a future in which China can block payments from American companies or of their allies and partners.

Therefore, it will be extremely important for the United States to pay more attention to digitalization to prevent China from dictating new rules of the global financial system.