The Federal Reserve is Now the Largest Holder of the U.S. Debt, Overtaking All Other Central Banks Combined

The total amount of the debt it holds equals to $4 trillion. 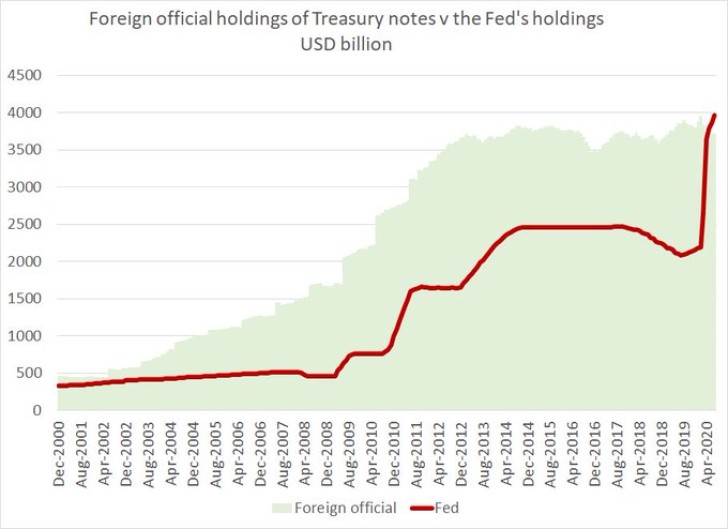 The US Federal Reserve has become the nation's largest holder of debt among all the world's central banks in Treasury bonds, according to Jeroen Blokland. The amount of debt owned by the Federal Reserve is close to $4 trillion.

This became one of the consequences of the policy chosen to support the country's economy in the times of crisis. To increase liquidity, the Federal Reserve resorted to buying bonds, which allowed the market to be saturate with cash inflows.