No Return to the Previous Trajectory of Global Trade Growth in 2021, According to WTO

The volume of world trade will not be able to return to the pre-crisis state in 2021, according to the World Trade Organization (WTO) 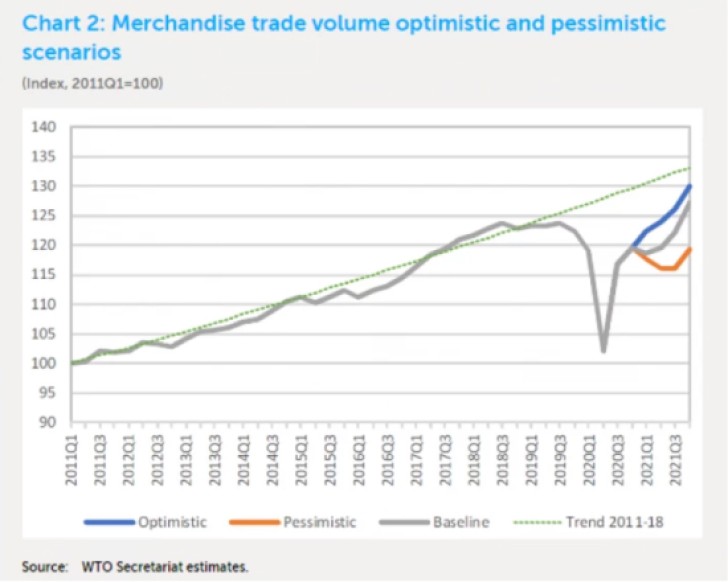 Even according to the most optimistic scenario, there will be no return to the previous trajectory of global trade's growth in 2021, according to WTO data provided by Michael A. Gayed, a portfolio risk manager and a market analyst.

Since 2011, the volume of world trade has grown in an almost linear pattern, having increased by almost 25% by the end of 2019 compared to the first quarter of 2011. However, the growth was interrupted by the outbreak of the coronavirus, which led to the suspension of the economies of the countries, as well as a halt in world trade due to the closure of transport routes. All of this resulted in a decline in trade to almost the level of 2011.

Despite the growth that began in the middle of the year, it is still not enough for the international trade to return to the previous vector of linear development in 2021. According to the most optimistic forecasts of WTO,by the end of 2021, the trade will be able to grow by 30% compared to 2011 (according to the pre-crisis vector, the growth should have been 33%). However, the most realistic scenario predicts an even weaker performance, which suggests a more than 5% discrepancy with the experts' pre-coronavirus plans.