Lumber suddenly became the asset with the highest return despite Nasdaq's rampant rally. 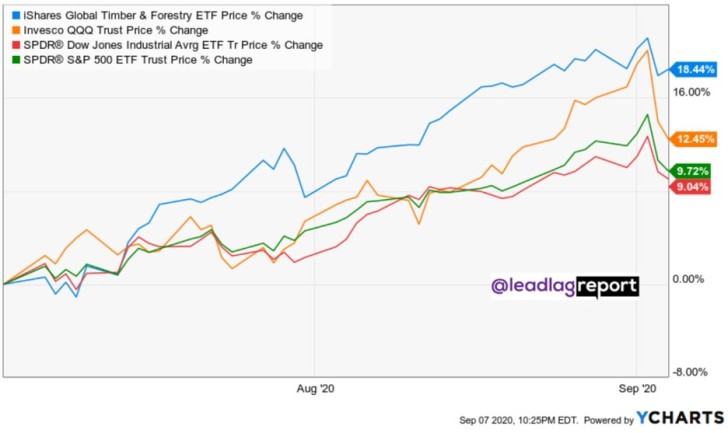 The Nasdaq #NDX is the most profitable “asset” this summer, is that right? No! Lumber outperformed all major stock indexes, the Nasdaq, S&P 500 and Dow Jones, with a return of 18.44%, according to Michael A. Gayed.

Despite the rapid growth of stock indices on the American market, it turns out that over the past two months, they were not the most profitable ones. Lumber ETF became the asset with the highest return in the last two months. Its return was over 18%, while the Nasdaq managed to reach "only" 12.5%, despite the rapid rallies from Apple, Tesla and another big tech.