Last week brought Robinhood users profit. We study the reasons for the growth of the top-3 investments in user portfolios. 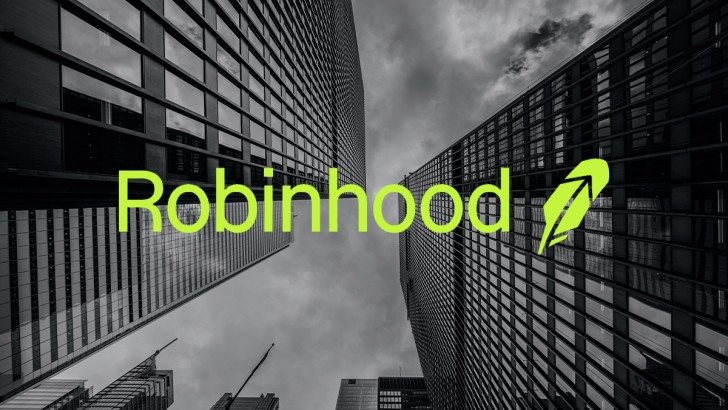 Users of the popular trading app Robinhood (RobinhoodApp) seem to have guessed right again. The most popular securities among users, for some reason one of the most profitable. UONEK, IDEX  and UONE rose +284%, +201%, +555%, respectively. And it happened due to several reasons.

Could this be a coincidence? Or is the crowd always wrong? Let's try to understand the reasons behind the growth of the top 3 of Robinhood users' securities over the past week. 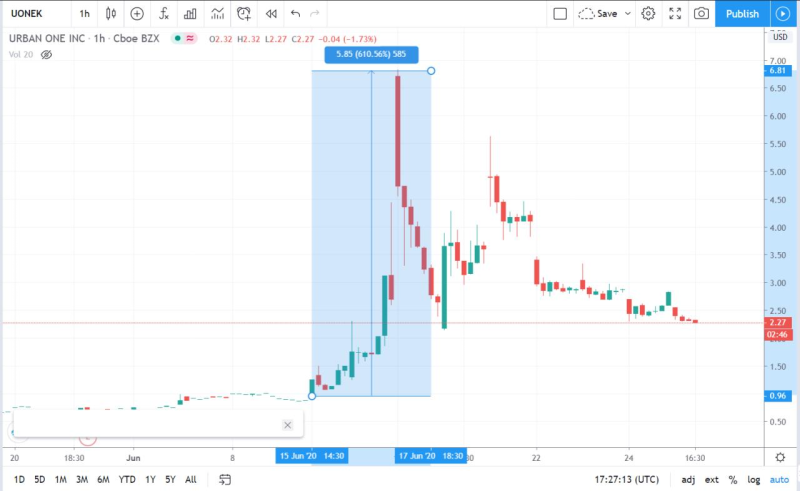 The first place in the portfolios of Robinhood users is taken by shares of Urban One, Inc. on Wednesday, June 17 users were pleased with the sharp jump in price by more than 35%.

One potential reason for this growth may be relate to the news that a large hedge Fund, Brigade Capital Management, sold all its shares present in its portfolio back on June 11. The total amount of the position was $3.9 million.

This led to an increase in trading volumes of 100 million in just two days. Also, in addition to the volume, the price has also increased to the levels that were observed 5 years ago.

Between June 12 and June 16, the company's shares rose by more than 1,400%. Since then, however, the stock has almost halved.

Urban One is a radio conglomerate that urban residents listen to. According to the company's website, they have more than 20 million unique visitors and cover 82% of Black America. The company has several different brands, including Radio One, which has 53 broadcasts in 15 major US cities and its audience comprises more than 15 million users weekly. 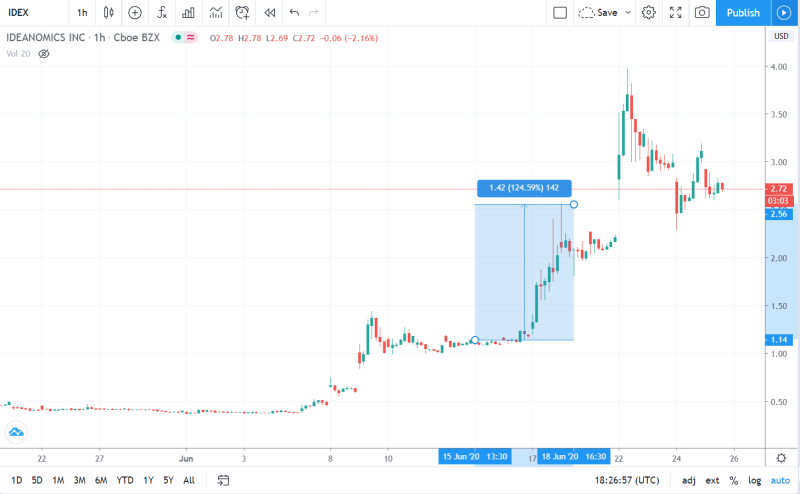 As early as June 10, Ideanomics reported that its subsidiary Mobile Energy Global (MEG) had selected several manufacturers to fulfil its orders to sell EV taxis. Among the chosen suppliers were BYD, Dong Feng Nissan, Chery, Kia, Geely and Tesla.

For the Guilin city order, MEG will supply ten Tesla Model 3s as a proof of concept. This will lead to the US electric car manufacturer placing additional orders for MEG in China.

Among the main partners in the Asian market will be BYD, Nissan, Kia, Geely and Chery. MEG needs partners who can meet the demand for its products.

Later on the 17th, 22nd and 25th of June, the company also announced that several Chinese provinces' intent is to purchase EV for their needs. The amount of just one delivery is about $3.2 million by mid-July 2020.

Shares has also reacted positively to this statement this week, continuing their upward movement.

Urban One Class A (UONE) 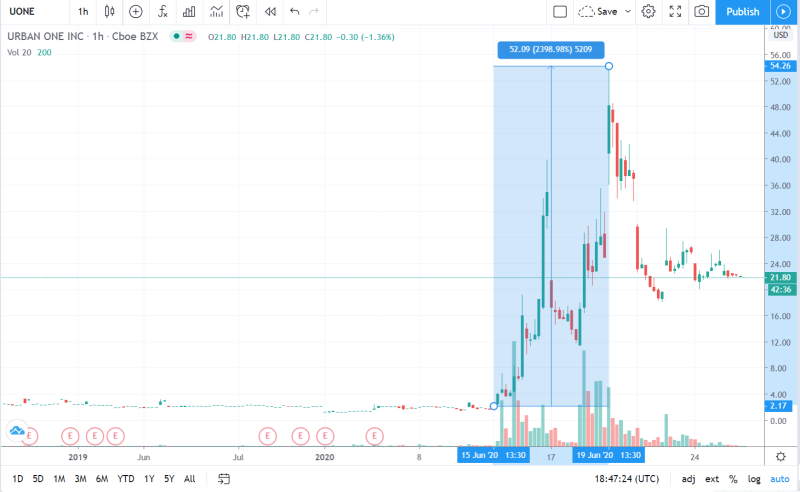 Silver Spring, Maryland, is a home to Urban One and is quite far from the ocean. However, the jump in the stock of the company came from elsewhere and in a very peculiar manner. The Fund Brigade Capital Management in the Cayman Islands, under Don Morgan III control, started price rally.

The reason for the growth of company shares is trivial and easily comprehensible. It is caused by the same turning event, which cause a sharp jump in the first stock from our list.

Due to the huge volume of purchases and phenomenal growth, trading on the exchange was stopped nine times. The overall increase was more than 315% per day. At the same time, the Hedge Fund sold its shares and did not buy new ones.

Why are investors attracted to these stocks? Urban One is a conglomerate of media firms serving the African-American community. In recent weeks, the rights of black Americans have remained in the spotlight, leading to a similar rise in stocks.

Is the "crowd" always wrong?

Despite the advice of many experts that you should not follow the crowd, sometimes it turns out that the crowd is right. Users of the Robinhood trading app were in the majority and were able (I hope) to make a profit.

So the question remains, is the crowd wrong?

Latest News
FANGMAN Market Cap is Now Higher than Combined GDP of Germany, Italy and Indonesia
2 hours ago
Robinhood Users' Top-3 Picks Of The Week: SPAQ (+48.5%), NIO (+35.6%), NFLX (+11%)
7 hours ago
Bitcoin (BTC), S&P 500, Tesla (TSLA), Facebook (FB) - The Rally Continues but not for Everyone
21 hours ago
Netflix (NFLX) Reached New All-Time High By Growing More than 8% in A Day
1 day ago
Tesla (TSLA) Rockets to $1,500 Leaving Behind All Short Sellers with the $18 Mln Loss
1 day ago
Nasdaq (NDX) Is Showing Bearish Divergence While Setting New Highs
1 day ago
Elon Musk Revealed Plans To Start Selling Tesla (TSLA) Model 3 In India
1 day ago
TRON (TRX) Continues its Uptrend As the Altcoin is Now Available on Phemex
1 day ago
The FED's Balance Sheet Is Slightly Below $7 Trillion With Debt Yields Near Lows
1 day ago
The European Central Bank Reported An Increase of 1.4% In Outstanding Debt Securities
1 day ago
Follow us on Twitter