Two years ago, Apple surpassed the mark of $1 trillion of capitalization, today the company went over the $2 trillion mark and has the largest share in S&P500. 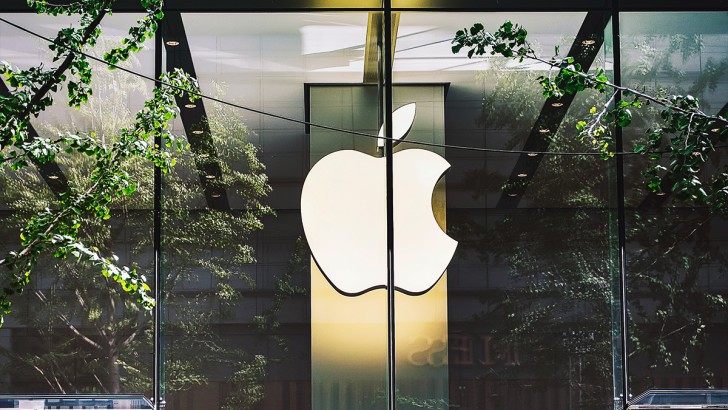 Two years ago, the stock cap of Apple Inc. first reached $ 1 trillion. However, in terms of the relative size of the company, it didn't really matter.

Despite Apple's place among its peers being beyond comparison in August, the entire industry had grown. As a result, their S&P 500 weightings are similar to those of past titans, including Exxon Mobil Corp. and IBM Corp.

Cap on the market, nearly $900 billion, shifting later: the stock exchange price of Apple is approaching uncertain waters. With its weighting in the S&P 500, which more than doubled since last August, Apple dethroned IBM and became the biggest in the last 40 years.

The S&P 500 share of the iPhone manufacturer has surpassed the six percent mark set by IBM 35 years ago, as it is indicated by the data from S&P Dow Jones Indices and Bloomberg. The current market cap for Apple is $1,875 trillion; around 7% from $2,000 trillion. 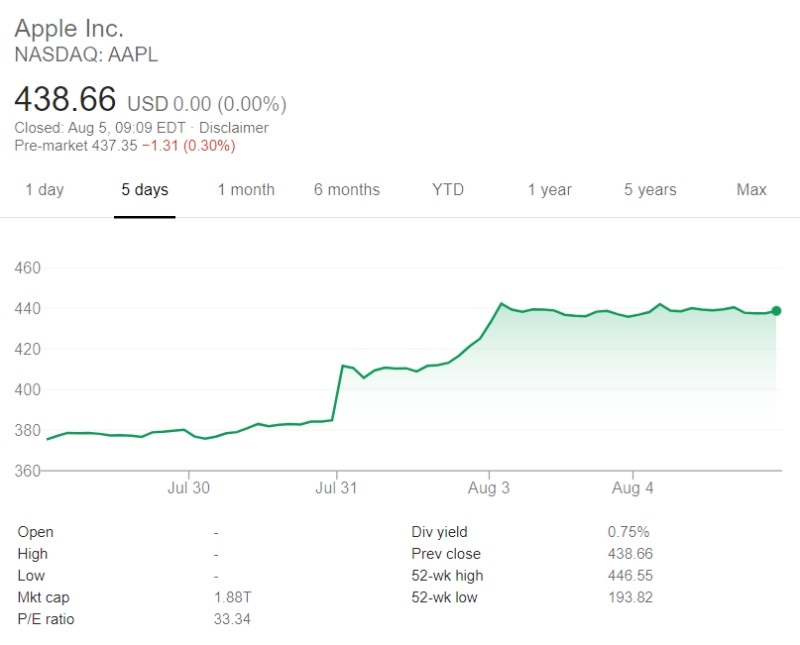 Market experts see the company's capitalization being at the level of $2 trillion in the nearest future. Tom Forte of D. A. Davidson & Co. estimates that the price per share will be $480 next year. This goal is 9.4% higher than the current one, which is where the $2 trillion capitalization mark is located.

In the past seven days, Apple's shares have risen by 18%. This is the highest increase since 2009. Apple added $570 billion to its capitalization, which is more than the total value of all companies in the S&P500 index, except for four.

Some industry analysts tend to wonder whether the rate of change is sustainable. The company sold 33 times its earnings at a 30% premium to the S&P 500, which is a higher than many have seen in the past 10 years.

Nonetheless, Apple's shares remain the most popular among ordinary investors, especially in the Robinhood app.

Stocks
26 Oct 2020, 07:10 AM
45% of Nio (NIO) Stocks Are Held by Institutional Investors. The Biggest of Them Is Baillie Gifford, One of the Main Beneficiaries of Tesla's (TSLA) Skyrocketing Growth
45% of Nio's stocks are held by institutionsl investors, far bigger share than the Tesla's one.

Latest News
45% of Nio (NIO) Stocks Are Held by Institutional Investors. The Biggest of Them Is Baillie Gifford, One of the Main Beneficiaries of Tesla's (TSLA) Skyrocketing Growth
2 days ago
S&P 500 (SPX) Bullish Pattern for this Week Is Detected
2 days ago
Facebook (FB) and Netflix's (NFLX) Stocks Unusual Dark Pool Activity, More than $200 Million Shares of Each
4 days ago
Apple (AAPL) Stock's Bearish Pattern Is Detected, It Might Go Even Lower, According to the Tech Analysis
4 days ago
Tesla's (TSLA) Stock Is Down by 1.2% due to 50,000 Electric Vehicles Being Recalled in China
4 days ago
AMD Stock Jumped Up by 3% on Intel's (INTC) Failure, More Challenges from AMD to Come, the Expert States
4 days ago
US Dollar (DXY) Is About to Enter the Third Bear Market Since 1980, Jeroen Blokland Says
5 days ago
A Look At Some Of The Best Home Warranty Companies
5 days ago
Tesla's (TSLA) Stock Can Still Hit $547 Mark by the End of October, Despite Weak Market Reaction to the Great Q3 Report, the Trader Assumes
5 days ago
Intel's (INTC) Stock Fell by 10% after Q3 Report Showed the Worst YoY Revenue Decline Since 2015, AMD Stock Rejoices
5 days ago
Follow us on Twitter