Howdoo — the blockchain-powered social media firm — has announced the upcoming launch of its Howdoo Visa debit card, scheduled for release in Q1 2020. 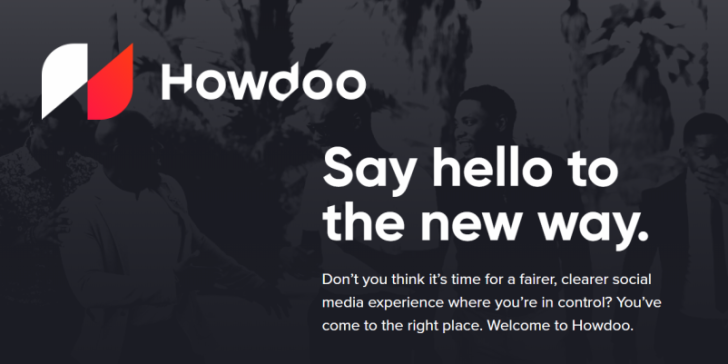 Howdoo — the blockchain-powered social media firm — has announced the upcoming launch of its Howdoo Visa debit card, scheduled for release in Q1 2020. The card will be connected directly to Howdoo user social media accounts, establishing a gateway between the platform’s uDoo token and local fiat currencies with its built-in exchange feature.

Breaking out of the crypto community into the mass market has always been our priority,” details Howdoo CMO, Jason Sibley. “We’ve been working very hard on ways to seamlessly integrate a token into people’s everyday social media use, and the Visa debit card overcomes one of the key barriers holding back broader crypto adoption.

Users of the Howdoo social media platform can instantly convert uDoos earned via the network into local currencies, and pay for goods and services at any merchants where Visa is accepted using the card — including a 1 percent cashback rewards program.

Howdoo Expanding the Scope of its Unique Platform

Howdoo has been gaining momentum as an innovative social media platform that fuses control over data and improved monetization avenues with a confluence of content types in a single interface. With its early access Beta already live, Howdoo’s Visa card program represents a bridge between the world of crypto and legacy currencies — imbuing a vital service for content creators and influencers directly into its platform in the process.

We’ve listened closely to influencers as well as our Howdoo launch supporters, and one of the biggest challenges they have is realizing their earnings,” details Sibley in the official announcement. “A central part of the Howdoo philosophy is to make sure content creators like them get a fair and friendly approach to earning, and that’s guided our creation of the Visa debit cards.

The Visa card program will comprise two types of cards, a standard orange card for all Howdoo users, and a black card offered through invitation only, which includes extra benefits and features for content creators using a granular revenue and performance model. “The pre-sign up phase will also include a social sharing competition where the top sharers will be the first to receive their card (in Q1) and will qualify for a limited edition Gold card,” says Sibley.

Howdoo’s Visa rollout follows on the heels of several other recent releases from the startup, including the official launch of the platform’s SuperNodes, and its partnership with the WCO that saw 11 star athletes sign up for the platform — bringing millions of followers in tow.

And Howdoo’s Visa announcement is only the latest development for a platform seeking to disrupt the current social media hegemony.

Beyond the draw of an intuitive interface that encompasses multiple content media types, Howdoo’s blockchain-based design has some significant advantages for users, influencers, and content creators compared to its conventional social media counterparts. For example, users retain complete control over their data, where they can decide to monetize that data or share it in whichever manner they deem fit.

Users are empowered to wield their data to their benefit, rather than being the product of a social media platform, where their data is quietly harvested and sold to the highest bidder — a common theme among social media firms in the current advertising paradigm.

Howdoo’s user-oriented model has some intriguing consequences from a broader digital and social perspective, as well.

For example, transferring data ownership over a public medium back to users revives the concept of conferring property rights back to users in the age of a feudal Internet. A fundamental component of curtailing privacy and censorship abuses since their inception, property rights are a pillar of individual liberties that has been disparaged by the complacency with practices of major Internet companies. Howdoo’s platform is markedly different, and constructs a contemporary analog of property rights for users in the digital age.

And if the notion of giving users more power isn’t enticing enough for influencers and content creators, Howdoo’s innovative monetization avenues should suffice.

Howdoo’s monetization system allows content creators to customize revenue streams, such as a pay-per-click scheme or formulating paywalls based on their followers’ habits and preferences. On top of that, the blockchain provides the medium that cuts out the costly intermediaries, proferring larger revenue portions to influencers and creators — all connected to the real world with the Visa debit card.

Today sees us officially launch something to address one of the key barriers to mass adoption of blockchain and crypto,” says Sibley. “Welcome to the new social media experience.

Latest News
What To Do If You Need Money Really Fast?
9 hours ago
The Highly Anticipated StakeMoon Coin Launches via Pre-Sale Today!
1 day ago
Cryptocurrency Investment - How Do You Get Into the Market Without Buying Any?
6 days ago
Cryptocurrency trading mistakes to avoid at all costs as a beginner
6 days ago
Bitcoin vs Ethereum- What’s the Difference?
2 weeks ago
Can you Invest in Domains?
3 weeks ago
XBE Finance amplifies yield on $12bn Curve and Convex Liquidity
1 month ago
LTC to BTC Exchange | Is LTC Better Than BTC?
1 month ago
Is Your Crypto Wallet Actually Trustworthy? - Which Kinds of eWallet is Best for You?
1 month ago
4 Qualities To Look For In A Gold IRA Partner
1 month ago
Follow us on Twitter