P/E Ratio Is the Highest Since 1999 and Hits 23.6. Big Tech Companies Are Pushing the Prices Up

PE is 1.5 times higher than average. 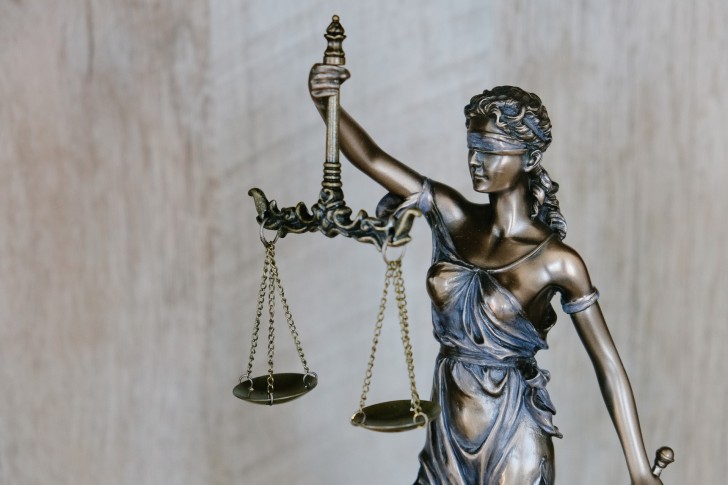 The Price-to-Earnings (P/E) ratio is the highest in the last 20 years. The price-to-earnings ratio is the ratio for valuing a company that measures its current share price in relation to its earnings per share. If this value is higher than the historical average, it means that the stocks are more likely to be overheated now and are worth more than they actually are. If the average indicator for the entire market is taken into consideration, it means that all companies are on average overheated. 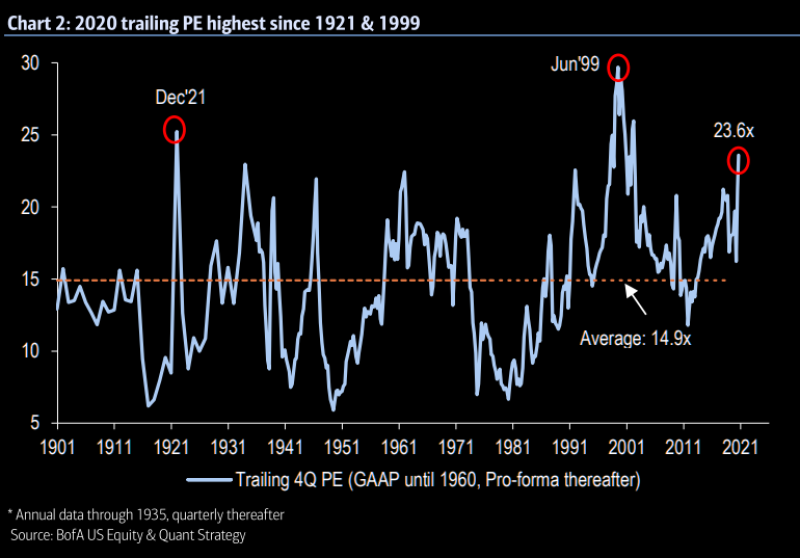 The current P/E ratio is 23.6, with a historical average of 15. This is the highest in 20 years, with only the value of 1999 leaving it behind, which was the peak of the dot-com bubble, according to The Market Ear.

In the early 20th century, PE reached similar levels ​​only in 1921, in Roaring Twenties.

Large Tech Companies Cause the Shift in P/E Ratio

To a certain extent, this high ratio is due to the unbelievable rally between large tech companies. Stocks of Microsoft, Facebook, Amazon, Apple and Tesla were growing at a rapid speed during the economy lockdown. For example, Martin Pelletier, a portfolio manager at Trivest Wealth, notes the extremely high PE value of Apple's shares.

"Most valuation metrics in Apple are now above both the dot-com bubble and the 2007 peak. Apple has a price to sales ratio over 7x, a PE ratio of 35x, an EV/Cashflow ratio of 24x, and a forward dividend yield of just 0.7%."  Martin Pelletier via Twitter 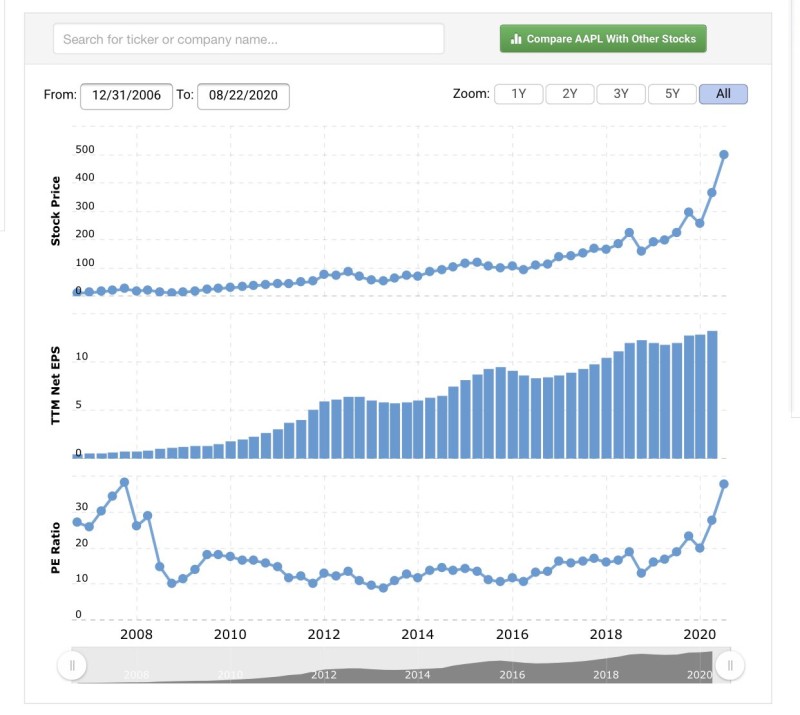 The PE ratio of Tesla's stock generally exceeds all reasonable limits, reaching 1,150, according to @StockAuthority.

However, not everyone agrees that such a high price to earnings ratio is abnormal or dangerous for the economy. Alok Jain, a SEBI investment advisor and an analyst, believes that changing economic conditions, such as an increase in the money supply, a decrease in the key interest rate and the issue of new shares, are causing the PE to rise to new stable values. He implies that such a high PE ratio is not an anomaly or a problem, but a new reality driven by economic factors.