Following a (relatively) subdued 2019 for bitcoin and the broader crypto market, 2020 is shaping up to be a pivotal year in the industry. 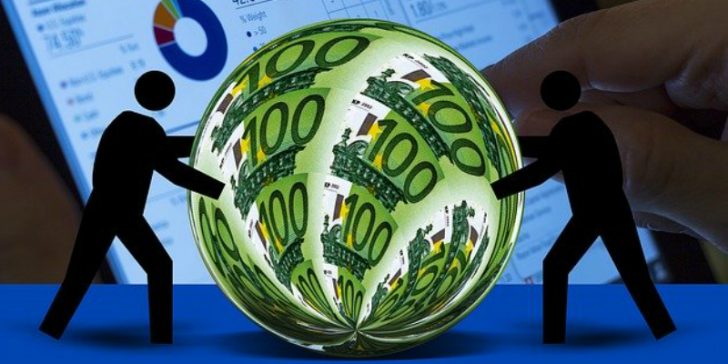 Following a (relatively) subdued 2019 for bitcoin and the broader crypto market, 2020 is shaping upto be a pivotal year in the industry. The rise of DeFi, scalable blockchains, interoperability, and privacy tech are becoming more pronounced by the day. Paired with rising geopolitical tensions around the world and the pending issuanceof central bank digital currencies, there’s a lot to look forward to in the next year.

In particular, as interest rates on bonds turn negativeand pension funds increasingly seek better yields, cryptocurrencies are proving an enticing option to both retail and institutions.

Staking-as-a-service (SaaS) is now commonplace among the leading cryptocurrency exchanges, including Binance and Coinbase. Boutique staking platformsare even emerging alongside them, diminishing barriers in user adoption in the process.

Derivatives and lending platforms are surging in locked-in capital, so the question naturally becomes: when will the mainstream flood of users and money penetrate crypto staking products? It depends on who you ask…

One of the Sisyphean tasks of cryptocurrencies is taming volatility. With bitcoin, we’re talking about an entirely new form of money, with the free market dynamics the ultimate arbiter of volatility in the long-run (incidentally, that doesn’t stop polarizing debates about EMHand what’s priced in).

Other cryptocurrencies that attempt to tame volatility through manipulation of monetary policy are really performing similar tasks as the Federal Reserve, so what will entice mainstream users must lay elsewhere.

That’s where staking comes in and is ballooning in popularity.

There are several draws to using DeFi and staking products, but the primary reason is the highly appealing yields — especially compared to vanilla legacy products like AAA bonds. With yields pushing 10 percent on many staking products (often handled entirely by an exchange or third-party for convenience), concerns over volatility in the underlying asset’s price can be tempered.

For example, Fantom, a protocol-layer scalability platform with two mainnets (Opera & Xar), recently unveiled a new staking model for the Opera mainnet where validators are rewarded for running better hardware and engaging with the network. The incentive to contribute to the network’s security (by raising the proprietary “proof-of-importance” score) has produced weekly returns up to 10 percent. The more people that stake, the fewer rewards weighted per token staked, so in times of minimal staking by others, rewards can be even more lucrative. For example, with a reward pool of 500 million FTM tokens, the reward percentage is calculated based on across how many tokens that 500 million FTM reward is divided.

Roughly 3.175 million FTM required to run a validator node, which equates to about $34,000 at current prices.

Returns can vary drastically depending on delegation, the total amount staked across the network, and other dynamic factors, but the point is that high-yield returns are commonplace among staked tokens.

For another example, consider the case of ATOMS (Cosmos) on Union Market. Users can earn up to 9.68 APR via delegated staking. Many of the leading Cosmos staking entities are VCs, with significant sums on the line, and are accruing returns at rates that outpace many traditional investment vehicles.

As staking services become more streamlined, much of the underlying complexity of the delegation/lock-up mechanics will be abstracted away from the mainstream user. Ultimately, it will take more than high yields to pull in the mainstream to crypto, but it’s an appealing option for diversifying risk amid global uncertainty.

The global markets are flooded with cheap credit, which is not a secret. Just look at this incredible chartfrom the Fed. With so much cheap credit, yields across stable assets are plummeting, and investors are even willing to indulge in negative yields for products like long-term bonds. Strange times, indeed.

Add in geopolitical uncertainty, from US-Iran to US-China to Hong Kong-China, and it’s not surprising that prominent investors and tech figures believe in the long-term viability of crypto assets. It may take yearsfor stubborn legacy investors to join the (currently) wild west of crypto, but it seems like it’s only a matter of time.

Going back to projects like Fantom, high-yield investments layered with innovative technology can help developers craft scalable applications and interoperability tools (e.g., bonded tokens). Projecting a 2020 where value transfer has drastically reduced costs to the legacy system is a win-win for corporate treasuries, a notion that is not lost on major firms that lose tens of millions in the current settlement system.

Nor is the concept lost on central banks. China clearly sees significant advantages in issuing its own digital currency, from putting a dent in the USD’s global hegemony to digital surveillance and faster settlement. The idea of central bank digital currencies is even being quietly discussed in Europe and the US too, albeit with much more ambiguity than China.

With global geopolitical tensions palpable, Nassim Taleb’s Antifragile becomes prescient. He would likely direct investors to find the fragilities, exploit them, and diversify the rest of a portfolio for robustness. Betting against banks typically pays out well, as they bust regularly, so cryptocurrencies may offer the alternative that helps fortify a portfolio without sacrificing yield.

Perhaps not, and only time will tell, but the sudden rise in DeFi products and staking is clearly happening for a reason — whether we are aware of what it is or not.