Mobile P2P payments and transfers are on the rise, and there are no reasons for slowing down. 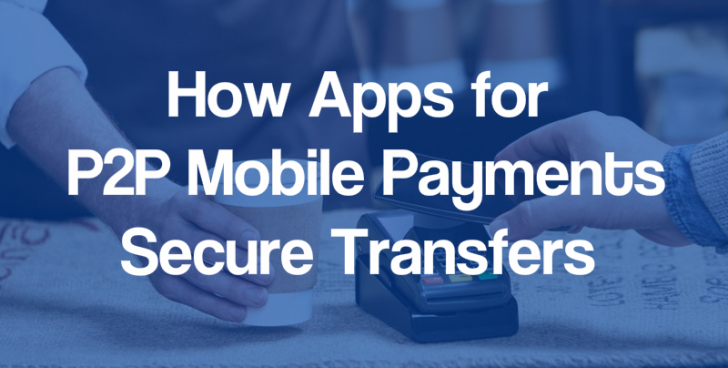 Mobile P2P payments and transfers are on the rise, and there are no reasons for slowing down. In 2017 PayPal announced that $155 billion in transactions were made via its mobile app worldwide. By 2021, the volume of mobile payments in the USA will overcome $300 billion, while it will reach $6.3 trillion in China as soon as next year. There are lots of players on the market, although it’s still early days for its saturation. One of the main features of mobile payments/transfers apps is security, according to official documentation and marketing materials. How apps manage to keep users’ data safe and private?

What risks can you face when transferring money

Money transfer via an app is basically sending your sensitive information to the world wide web. There are three significant data security risks:

2) The risk to lose integrity. Integrity provides accuracy of the data received; protection from changing and hacking.

3) The risk to lose availability. Availability means correct work of the app or user’s hardware. Availability might be lost because of interruptions in connections. All the encrypted data should be backed up for those occasions.

Confidentiality, integrity and availability form a “holy trinity” of the data securitization known as CIA model.

Let’s have a close look at the ways used by money transfer apps to protect users’ data.

The most common security measures

There are several ways to protect users’ data in mobile transfer apps. The most known method is a multi-factor—or its subset—a two-factor authentication (2FA). Most often it is just setting up the password, and then authentication comes via email or mobile phone (a voice call or an SMS with a verification code). Sometimes, the app offers you to generate a unique answer to the question of your choice (mother’s maiden name, etc.) and asks this question when there is an attempt to access the app or perform some operation in the app.

Another method to secure mobile transfers is data encryption. It encodes information in such a way that only those with access keys can decrypt it. The key could be either in the form of binary data, a passphrase, or even a hardware dongle. There is symmetric cryptography, which uses the same key to decrypt and encrypt a message, and asymmetric cryptography, which utilises different keys – a public and a private one.

There are two most known cryptographic protocols, Transport Layer Security (TLS)and Secure Sockets Layer (SSL), with the latter being slightly older. Both protocols use asymmetric encryption for authentication, symmetric encryption for confidentiality, and message authentication codes to preserve message integrity. These protocols are not only used for messengers like WhatsApp but also to protect money transfer apps; because sending money via the Internet can be considered as sensitive data exchange.

The use of blockchaintechnology can also help to solve information security problems. It guarantees the immutability of the data placed there (or at least tremendously complicates attempts to modify it). There are many methods to secure data on the blockchain, for instance, to sign every block of data with a cryptographic signature. If the signature is changed on one block, it will not be changed all across the nodes thanks to the decentralized nature of blockchain. Moreover, the changed signature will be marked as invalid. Lack of a single authority also makes the blockchain very secure. It is harder to hack something written in the distributed ledger.

Those methods are just a few. Let’s see how the most popular money transfer apps are implementing different security measures.

It’s also noteworthy that PayPal has a dedicated transfer service specifically for business needs. They encourage users to separate personal and business accounts and transactions to make sure that different needs are secured by a corresponding set of security measures.

Venmo uses the same measures as PayPal, plus an additional set of security layers. Venmo advises setting up multi-factor authentication and adding a PIN code in the app. If this feature is enabled, the app will ask for the PIN every time it’s opened. There are three types of privacy settings in the app:

It’s possible to change the privacy settings for each payment and purchase. There is also an option to “hide” past transactions either making them completely private or available for friends only. Another security layer is an opportunity to receive a unique code which confirms that the person to whom Venmo user has sent money is an intended recipient.

Before starting to use OFX an identification procedure should be completed. There are two different forms of identification required: either a passport, a driver’s license or a utility bill for photo identification and as a proof of address.

Another important thing about OFX: it has offices worldwide, and therefore it is regulated in several countries, like the USA, Canada, Australia, the UK and others. Moreover, in the US OFX has to comply with regulations of each state where the company operates.

With the ongoing cryptocurrency hype – which is on and off, but doesn’t actually die – it’s useful to review security measures taken by apps operating in this market. USDX Wallet app offers instant crypto transfers with no fees for P2P users. To guarantee the safety of the network, USDX Wallet implements security practices at multiple levels:

The use of blockchain technology ensures that only the user can make a transaction and no one else, since this requires a private key.

Aside from built-in security measures and technologies, each app encourages consumers to use common sense while performing activities. Recommendations and detailed step-by-step guides and FAQs are freely available on websites and via developers’ support. Here are general rules one must follow to stay secure and to use P2P mobile payments apps to their full potential:

Latest News
Bitcoin (BTC), S&P 500, Tesla (TSLA), Facebook (FB) - The Rally Continues but not for Everyone
1 hour from now
Netflix (NFLX) Reached New All-Time High By Growing More than 8% in A Day
5 hours ago
Tesla (TSLA) Rockets to $1,500 Leaving Behind All Short Sellers with the $18 Mln Loss
6 hours ago
Nasdaq (NDX) Is Showing Bearish Divergence While Setting New Highs
11 hours ago
Elon Musk Revealed Plans To Start Selling Tesla (TSLA) Model 3 In India
11 hours ago
TRON (TRX) Continues its Uptrend As the Altcoin is Now Available on Phemex
11 hours ago
The FED's Balance Sheet Is Slightly Below $7 Trillion With Debt Yields Near Lows
11 hours ago
The European Central Bank Reported An Increase of 1.4% In Outstanding Debt Securities
14 hours ago
An Analyst States That The Rapid Growth Of S&P 500 Contradicts the Fundamental Analysis
1 day ago
Sven Heinrich Reports On the Biggest Market Cap Bubble in History
1 day ago
Follow us on Twitter