Crypto Michael: Bitcoin May Reach $15K-$17K After A Few Months of Consolidation

Bitcoin is likely to reach level of $15,000-$17,000 after a few more months of consolidation, Crypto Michael says 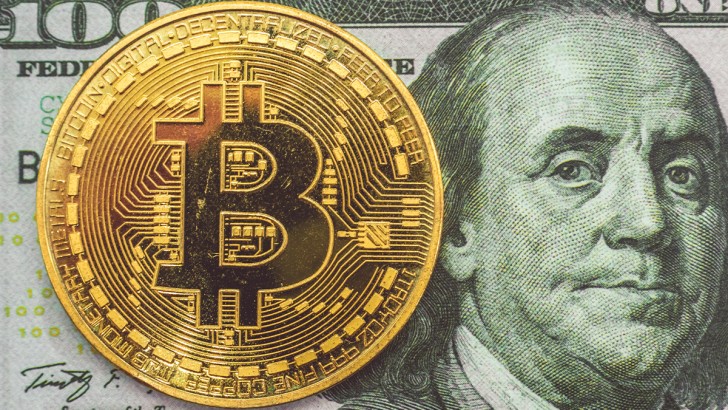 Crypto Michael (@CryptoMichNL) states that BTC/USD is capable of hitting $15,000-$17,000 mark. However, a full-time trader from the Amsterdam Stock Exchange expects the currency pair to have a few more months of consolidation before reaching those levels. 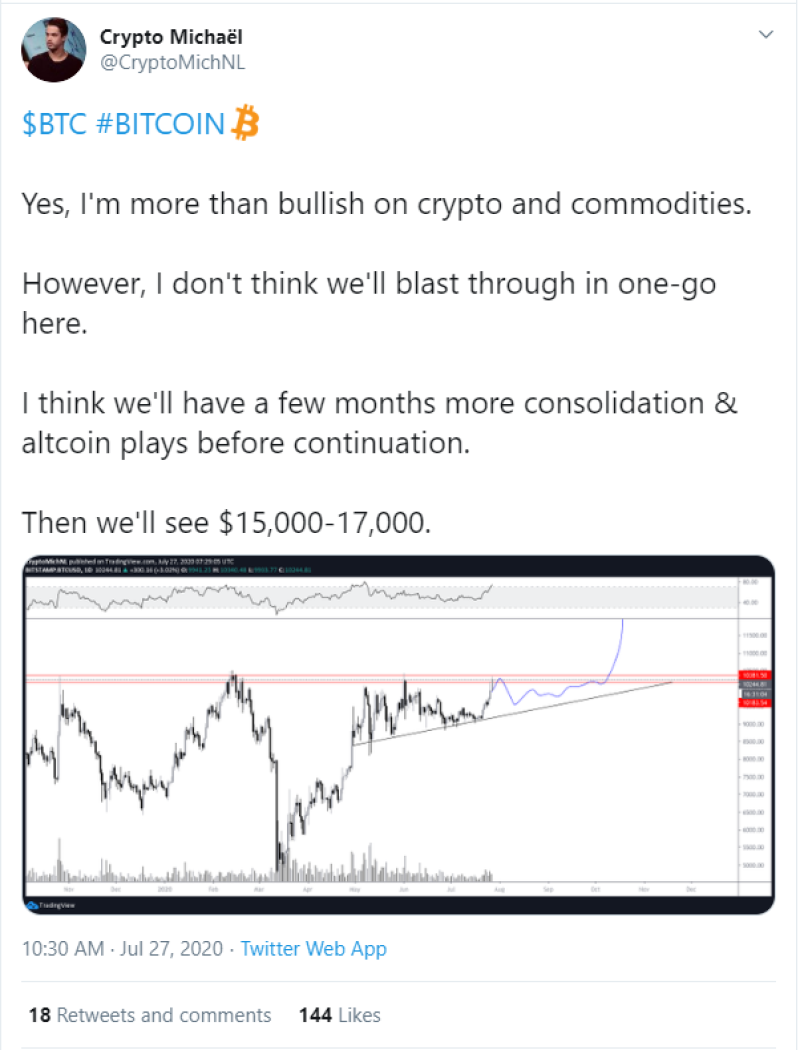 What is Currently Going on With Bitcoin?

The first cryptocurrency has started this year with growth and hit $10,500 level. However, later the currency pair plunged after the news about the upcoming crisis and the hard epidemic situation in the world. Bitcoin touched $4,000 mark in March 2020. Later, the currency pair resumed its growth until it hit $10,000 twice, in June and in July.

One of the drivers that could support the first cryptocurrency came from the United States. The U.S. Federal Court has admitted that Bitcoin is money. This is a very strong driver as Bitcoin will probably be adopted by the greater number of retail stores across the United States, which may rise demand for this cryptocurrency.

Bitcoin is a peer-to-peer network allowing users to transfer value between the participants of the system in a very fast and safe manner. Bitcoin network is supported by the miners who create and add new blocks to the Blockchain by completing calculation tasks. The system is based on the Proof-of-Work consensus mechanism.

BTC has a very large community of users nowadays. The price of this cryptocurrency has hit its top at the end of 2017, when traders gave $20,000 per one token. However, the price of Bitcoin later retreated from its all-time highs and stabilized below $10,000 for a couple of years. The first cryptocurrency can be used not only for investment purposes of speculative trading. You can buy goods and services using BTC in many online and offline stores across the world.