Blockchain Technology’s 4 Obstacles to Achieving Mass Adoption, But There is Hope

From desktop computers to smartphones, disruptive technology typically takes years before it materializes as a product. 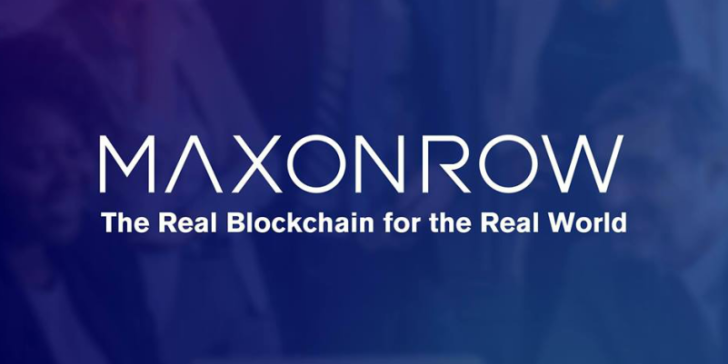 From desktop computers to smartphones, disruptive technology typically takes years before it materializes asa product the average consumer in the marketplace can use and enjoy;blockchain technology is no different. Whether levellingthe playing field for developing countries or providing crafty entrepreneurs everywhere with unprecedented opportunities, the potentialsof blockchain technology speakfor itself.

While time will certainly help prime the consumer to adopt the technology, there also exists other obstacles standing in the way betweenblockchain and wholehearted support ofmass markets. By zeroing in on these hurdles and working to solve the underlying problems, governments and other influential bodies can then help open the doors up for widespread adoption of blockchain. Here are fourobstacles, plus a little about the Singapore-based company positioned to make universality of the blockchain a reality.

The volatility of cryptocurrency has, in turn, created a similar narrative of unpredictability of blockchain technology in general. For crypto, specifically, the issue at hand comes down to low liquidity. Because there is such a low volume of buyers and sellers in crypto, one relatively small change or event could swing the value of the entire market in either direction. Unsurprisingly, this is not conducive to a market stable enough for powerful institutions to become heavily invested in the industry.

In order to allow more liquidity, a larger number of buyers and sellers needsto stayactive in the blockchain space. Forthat to happen, consumers need to trust the technology they’re using. If the issueof liquidity in cryptocurrency can be addressed andsolved, the marketplace as a whole will be one step closer to gainingunfettered support by powerful institutions, which will help streamline mass market viability.

Another obstacle hinderingblockchain technology from reachingits full potential—questionable security. With incidents like the DAO hack, Bitfinexscandal,and an array of ICO scams, individuals and large–scale institutions have come to question the reliability of the technology at large.

One factor that makesthese lapses even more harmful is how the ecosystem has been marketed as a secure and safe alternative to traditional technology, so any hacking incidentor hiccup will magnify the severity. While it’s inevitable that cyber criminals will always find waysas long as the world is connected through the internet, the reality is that without tighter security in blockchain, it will be difficult to convince the market to trust the technology anytime soon.

Whenevera new idea or competing product enters into a well-established, well-oiled domainlike finance or governance, logistical and legal barriers areinevitable. There is a great deal of money on the line for a wide range of stakeholders, so ensuring compliance with various legislations—first, domestically;then internationally—is a key step before an entire government can embrace a particular chain. While there have been strides made by governments around the world which have invested in blockchain projects, unconditional backing has been slow.

This hurdle and government hesitation can be seen, first–hand, with Facebook’s widely publicized, Libra project. Thanks in large part to Facebook’s gigantic user base and brand recognition, Libra seemed uniquely positioned to be backed by individuals, corporate bodies,and governments alike. Yet, major backers of the organizationare now considering pulling out due to growing pressures from the EU, and U.S. government agencies, which have cited various regulatory violations that might be at play. Without working directly with relevantgovernment agencies or individuals, guaranteed compliance appears to be extremely difficult.

Large, influential entities aren’t the only party a chain should cater to. In order for a blockchain to truly take off, it also needs to benefitthe little guys, like scrappy start–ups, not just corporations and governments. Without an accessible andopen platform or ecosystem that empowers engineering teams to use it and build on it, a chain will never reach its full potential. Asblockchain was built and refined by visionaries and entrepreneurs, its general landscapehas been quite favourablefor self–starters. Yet, with the creation of a massive public chain that is secure and regulatory compliant, it’s critical for blockchainspace not to neglect its entrepreneurial roots. Without the inspirationof dreamers and doers, the ecosystem will remain stagnant.

How to Overcome These Obstacles

One company that appears to be on the right track to overcome these roadblocks down the line is Maxonrow blockchain platform. By utilizing KYC blockchain alongwith its innovations, the Singapore-based company is aiming to become the go-to blockchain solution for governments and enterprises, according to the company’s founders, Mark Homeier and Jin Tai.

For one, the issue of volatility and instability can largely be circumvented with Maxonrow’s technology. “We have the ability to fractionalize ownership of tangible assets which aremade easy and tradable that provide more liquidity than what’s traditionally in the system right now,” says Homeier, when asked about the mechanics behind theirplatform. This liquidity advantage will only increase over time as more users adopt the system, thus eventuallyincreasing the overallamount of buyers and sellers.

Regarding security, Maxonrow has a number of advantages comparedto competitors on the market. For starters, the company’s unique Governed Delegated Proof of Stake(GDPOS) allows for any possible hacking attemptsto be easily identified in the system’s supernodes throughits KYC real-name authentication technology—enabling prompt solutionto any potential threats on the chain. Additionally, all parties using Maxonrow must undergoKYC verificationand passvalidity verification prior to distributing any assets on the public chain, which intendsto weed out sketchy parties.

Homeier elaborated:“Some systems want to know who the owner is; although our users’ data and identity areencrypted and anonymous, we have also developed a way to store the data and your identity so that it is secure,but still visibleon the chain.”

As Maxonrow team developed their products after working alongside individuals in government and corporate positions, compliance does not seem like it will be an issue for theirplatform either. The guidance provided by professionals working withinthe industries largely responsible for regulation and legislation have given the team valuable insightson how to develop their solution and avoid potential impediments.

Last but not least, coming from entrepreneurial backgrounds themselves, Maxonrow founders knew that their platform must also be customizable and robust enough to appeal to entrepreneurs as well. This attention to detail can be seen, most clearly, within the company’s flagship product:MAX-Wallet. In addition to facilitating the trade of MXW tokens between users, MAX-Wallet allows KYC-verified usersto create and manage multiple tokensand even issue custom tokens. Users will also be able to communicate with other community members in real timewith MAX-Wallet’s chat feature.

If you would like to learn more about Maxonrow and stay updatedon what the team is up to, you can follow them onTelegram,Twitter,andFacebook. You can also learn more about their philosophy, their team, and the problems they’re solving by downloading theirwhite paper.Lastly, Maxonrow recently hosted a free meetup in New York City to bring together like-minded individuals, build community,and introduce the MAX-Walletto the public. If you’d like to meet them in person, be sure to keep up with the #MaxonWorld hashtag to see if the team is coming to a city near you.

Latest News
Polling the Crypto Trading Platform: Do Politics Matter in Crypto Investments?
2 hours ago
U.S. Anti-Money Laundering Reforms Spell Bad for Crypto Crime
2 days ago
Zoom (ZM) Stocks Drop by 17%, but Analysts Believe in Recovery after the Q3 Results
3 days ago
No Return to the Previous Trajectory of Global Trade Growth in 2021, According to WTO
4 days ago
Apple's (AAPL) $2 Trillion Market Cap Makes it the 4th Biggest Stock Market in the World
1 week ago
The Buffet Indicator Is 108% Now. Total Market Cap Is Significantly Higher than the Total GDP, which Is a Sign of a Bubble
2 weeks ago
Netflix (NFLX) and Facebook (FB) Dark Pool Buy Activity Is Detected Again
2 weeks ago
Apple's (AAPL) Smartphones Are not the Most Popular in the World, despite Apple Being the Only Tech Company with $2 Trillion Market Cap
3 weeks ago
Alibaba (BABA) Is the Most Developed Online Retail Company But Competitors Are Not Asleep
3 weeks ago
Top Cryptocurrency Wallets to Pay Attention to
3 weeks ago
Follow us on Twitter