The S&P 500 is doing its best since April of 2020, overtaking all other stock market's indices. 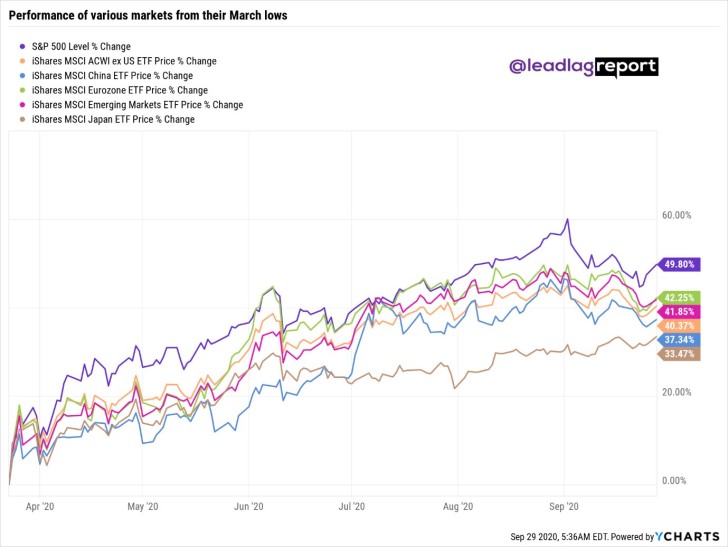 S&P 500 Is the Leader Among Other Stock Market's Indices

According to the observations of Michael A. Gayed, a portfolio risk manager and a market analyst, for the first three quarters of 2020, the S&P 500 retains its global leadership, which even the impact of the crisis has not been a hindrance.

Since April, when global markets began recovering from the short-term crisis, the S&P 500 has gained 49.8%. It should be noted that at the peak in early September, the growth was about 60%, but the fall correction cooled the market. Nevertheless, even after the correction, the S&P 500, outperforms other indexes that track the state of the economies of Japan, China, the Eurozone, and world.

All global markets have grown on average by about 40% (ETF MSCI ACWI is responsible for tracking the world market), with the Eurozone in second place in terms of growth since April.

It is worth to mention that in the S&P 500 itself, only the five largest companies, Amazon, Apple, Facebook, Alphabet and Microsoft, showed the best dynamics. The remaining 495 companies are still below their all-time highs in January and February.