The highest spike ever due to the Fed's anti-crisis measures. 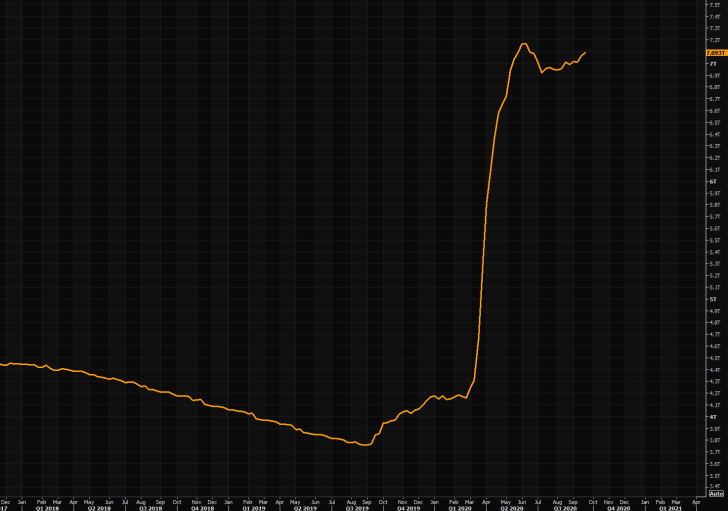 The federal budget balance for the past two quarters of 2020 is more than $7 trillion, according to The Market Ear. This unprecedented growth occurred due to the implementation of the anti-crisis policy, which should have smoothed out the negative impact of the crisis on the US economy.

Trading Strategy
Source: The Tradable
The Federal Reserve is Now the Largest Holder of the U.S. Debt, Overtaking All Other Central Banks Combined
The total amount of the debt it holds equals to $4 trillion. 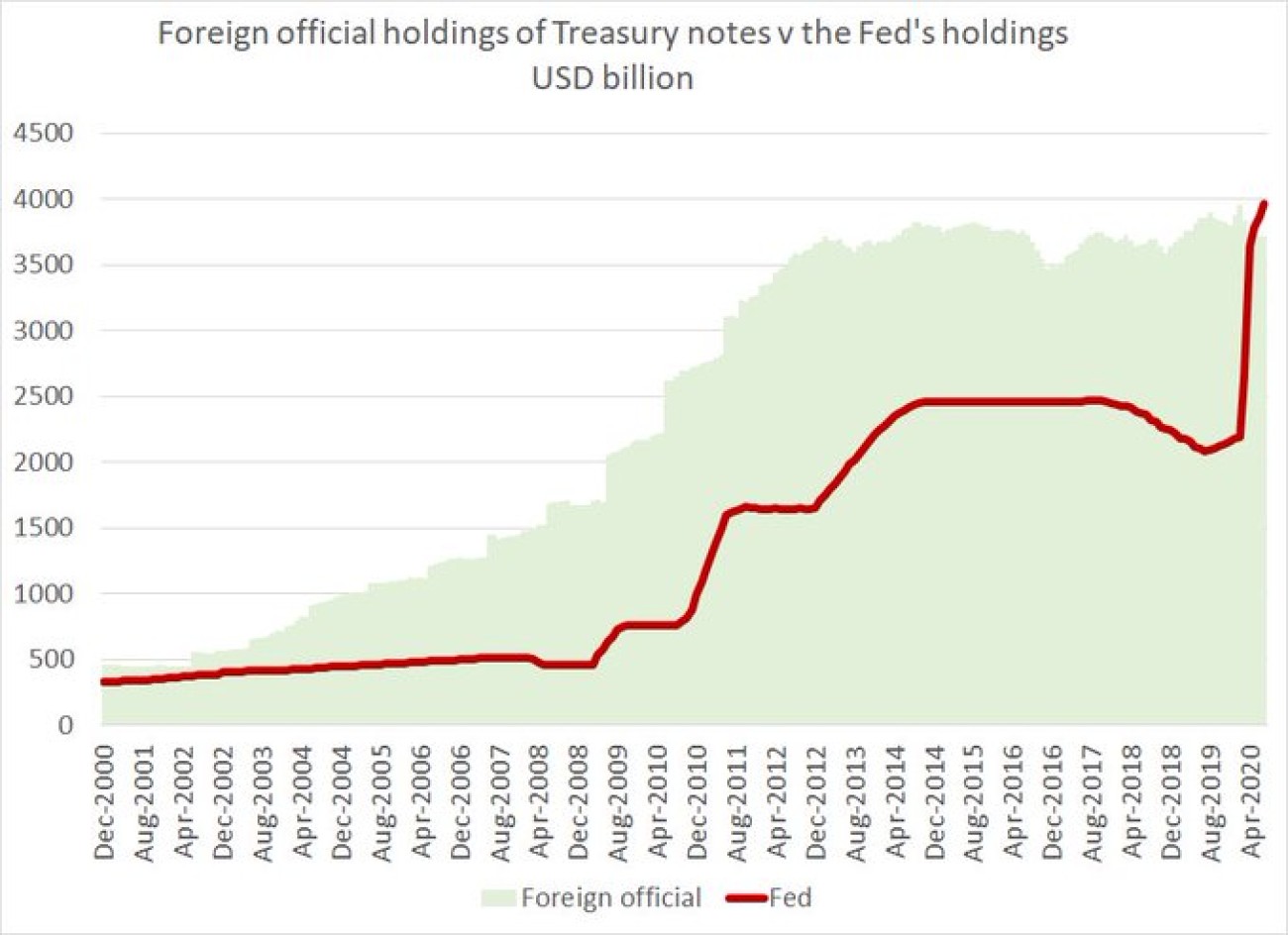 What Causes the Federal Reserve Balance Sheet to Grow?

According to the Federal Reserve’s Official site, the main sources of the increase in the balance are the purchase of bonds of private companies and treasuries to support the development of the economy during the crisis. In addition, loans issued to commercial banks, as well as repurchase agreements, play a part in it.

Since September of last year, the number of loans, repurchase operations and the purchase of bonds have increased the balance sheet by $3 trillion, which is, almost double of what it was in the fall of 2019.

Trading Strategy
Source: The Tradable
Federal Reserve Now Owns More than a Third of All U.S. Mortgage-Backed Bonds
The most significant growth since 2012.