S&P 500 (SPX) Is Leading the Recovery from the Crisis

For the first three quarters of 2020, the S&P 500 retains its global leadership, which even the impact of the crisis has not been a hindrance 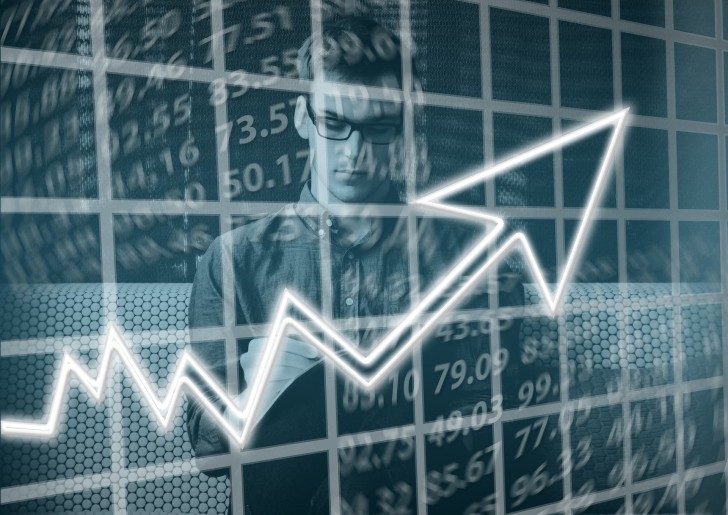 SPX Leads the Markets after the Crisis

According to the observations of Michael A. Gayed, a portfolio risk manager and a market analyst, for the first three quarters of 2020, the S&P 500 retains its global leadership, which even the impact of the crisis has not been a hindrance.

The S&P 500 has handily beaten the equity markets across the globe, cementing its position as the leader despite COVID. #stocks#markets#economy#investing#financialservices#sp500#leader#recovery#bullmarket#coronavirus Michael A. Gayed via Twitter 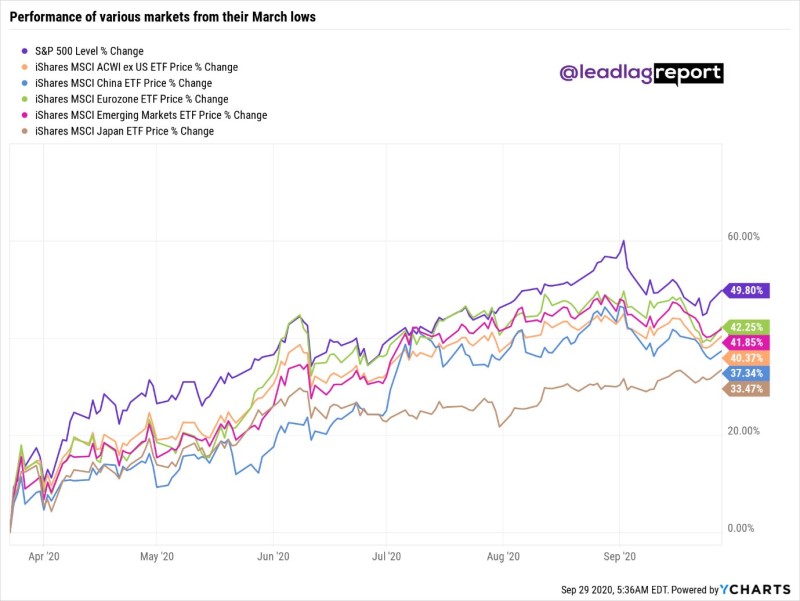 Since April, when global markets began recovering from the short-term crisis, the S&P 500 has gained 49.8%. It should be noted that at the peak in early September, the growth was about 60%, but the fall correction cooled the market. Nevertheless, even after the correction, the S&P 500, outperforms other indexes that track the state of the economies of Japan, China, the Eurozone, and world.

All global markets have grown on average by about 40% (ETF MSCI ACWI is responsible for tracking the world market), with the Eurozone in second place in terms of growth since April.

It is worth to mention that in the S&P 500 itself, only the five largest companies, Amazon, Apple, Facebook, Alphabet and Microsoft, showed the best dynamics. The remaining 495 companies are still below their all-time highs in January and February.

However, it should be noted that there is no unity in the S&P 500 itself. Only five companies, namely Amazon, Apple, Facebook, Alphabet and Microsoft, showed strong positive dynamics, while the rest of the shares showed little or no growth. This correlates well with the industry-specific S&P 500 growth data: according to Ottavio Costa, tech companies perform best, while the energy sector has become an underdog that has not yet recovered from the spring crisis.

Latest News
How To Find The Best Stock Broker With Reviews
32 minutes ago
Investing in Dual Citizenship: What Are the Best Investment Options to Obtain a Second Passport
4 days ago
Investment Property Financing & Debt Service Coverage Ratio Loans
1 week ago
Implementing Sustainable Strategies This Year In 4 Effective Steps
1 week ago
How to Transfer Crypto Using a Mobile App
1 week ago
Unexpected advantages of nearshoring: a few reasons to try this way of development outsourcing
1 week ago
Investment Opportunities To Help Diversify Your Portfolio In 2023
1 week ago
Most popular cryptocurrencies
4 weeks ago
Learn the basics of investing in Ethereum
1 month ago
Can a trader make money on social media and if yes, how can they efficiently promote their page on Instagram in 2022
1 month ago
Follow us on Twitter