The CEO of TRON blockchain, Justin Sun, published an open letter to the community. He announced the launch of the blockchain update version 4.0 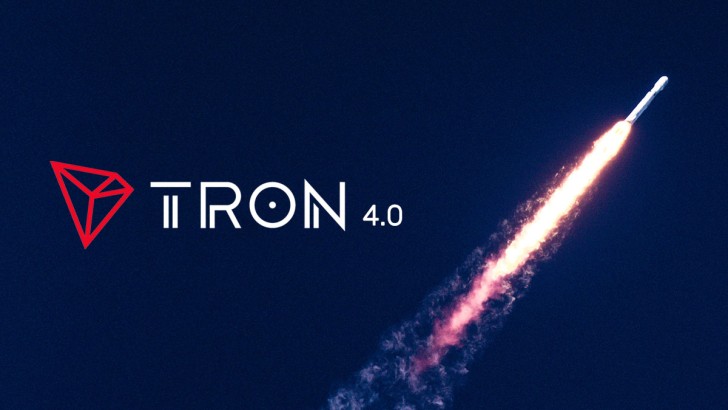 The CEO of TRON, Justin Sun, published an open letter to the community. It reports the news of the launch of the TRON network's update to version 4.0 on July 7. 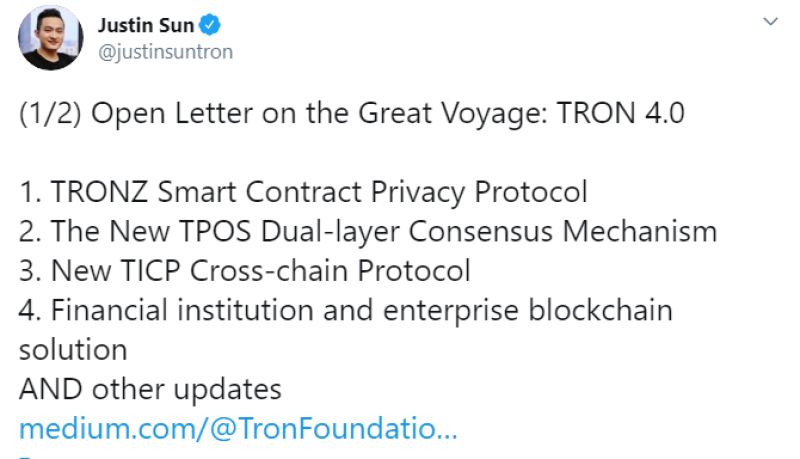 The update includes some improvements to the blockchain. The following updates will be implemented:

The official launch of TRON 4.0 will transform TRON from a simple blockchain into a full-fledged platform. This update will help businesses integrate their processes on the Tron blockchain.

Let us recall that TRON blockchain launched the main network in June of 2018. Since then, the platform has become popular among decentralized casino apps and betting apps.

On June 8th, Justin Sun with the crypto exchange Poloniex will hold a live stream. During this broadcast, he will tell you about the launch of a new project on the exchange.