The government of Singapore has formed an alliance with major technical and financial firms to fast track the adoption of digital technologies. 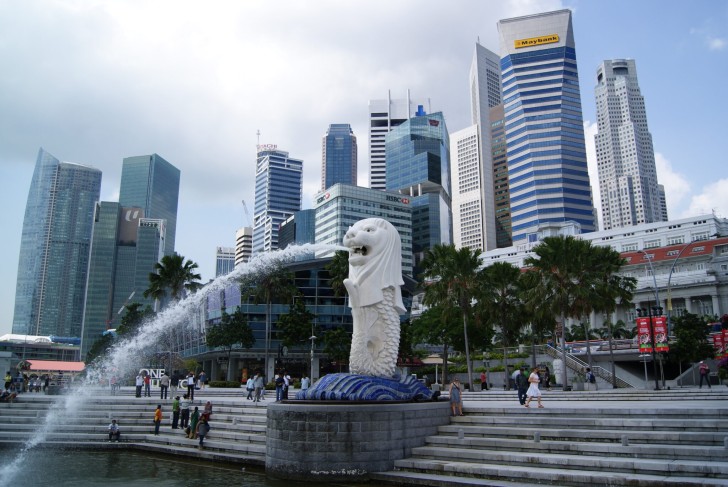 From Paper to Digital

According to the press release, it is teaming up with an array of financial and tech based organizations from all over the world to develop and use different type of technologies to reduce the time consuming paper based systems in the financial sector and shift to pure digital ones. The alliance includes big names such as MasterCard, International Chamber of Commerce (ICC), Mitsubishi Corporation, DBS Bank and others.

The partnershipis due to the efforts of the ICC’s TradeFlow Alliance. The TradeFlow Alliance bases its operations on the trade platform TradTrust, which itself is developed by the Singapore blockchain company Perlin. Using the TradeTrust platform, the alliance intends to reduce and then ultimately finish its reliance on paper based trading. Using blockchain technology, the aim is to leverage the technology to cut down on the fraud and crime possibility associated with the characteristics inherent in the legacy systems.

DBS, the Singaporean bank that is a part of the alliance, said,

Among business processes, trade and trade finance continue to be the most onerous, with reams of physical paper having to move from place to place to establish authenticity and ownership. Digital technologies, especially distributed ledger, are well geared to solve this, but this requires coordination from key players on a global scale.

One of the unique feature of the blockchain system that will be use by the alliance is that unlike others which use private blockchains, this one will be a public one. The use of a public blockchain will have benefits, such as increased security and transparency. Another advantage will be that with the lower barriers of the technology, it will enable small and medium enterprises to jump on the international trade and contribute to the economy.

This has huge benefits including enabling new alternate sources of trade financing, allowing investors currently locked out by the complex and time-consuming paper-based frameworks to invest in and trade digitised physical assets (e.g. sovereign wealth funds, pension funds, family offices, etc. — will be able to participate). Whole new types of financial derivatives will be possible for trade and trade finance globally.

One thing that the alliance has to overcome is the legality of digital documentation. Currently, there are almost no country that recognizes digital and intangible documents. But the alliance can show the efficiency of the system and convince the legal setups and other governments to change or modify laws to include it. In terms of efficiency, the ICC TradeFlow has already run a pilot test and has shown very positive results, with an average transaction time reduced from 45 days to around 20. With advancement and development, the TradeFlow intends to ultimately reduce the time to an astonishing 24 hours.

Latest News
How To Find The Best Stock Broker With Reviews
38 minutes ago
Investing in Dual Citizenship: What Are the Best Investment Options to Obtain a Second Passport
4 days ago
Investment Property Financing & Debt Service Coverage Ratio Loans
1 week ago
Implementing Sustainable Strategies This Year In 4 Effective Steps
1 week ago
How to Transfer Crypto Using a Mobile App
1 week ago
Unexpected advantages of nearshoring: a few reasons to try this way of development outsourcing
1 week ago
Investment Opportunities To Help Diversify Your Portfolio In 2023
1 week ago
Most popular cryptocurrencies
4 weeks ago
Learn the basics of investing in Ethereum
1 month ago
Can a trader make money on social media and if yes, how can they efficiently promote their page on Instagram in 2022
1 month ago
Follow us on Twitter