Prof. Steve Hanke Thinks Bitcoin (BTC) Is Not Ready To Be Legit Currency

A Professor of Economics, Steve Hanke, does not believe in the potential of Bitcoin as a currency. He views it as a risky speculative asset. 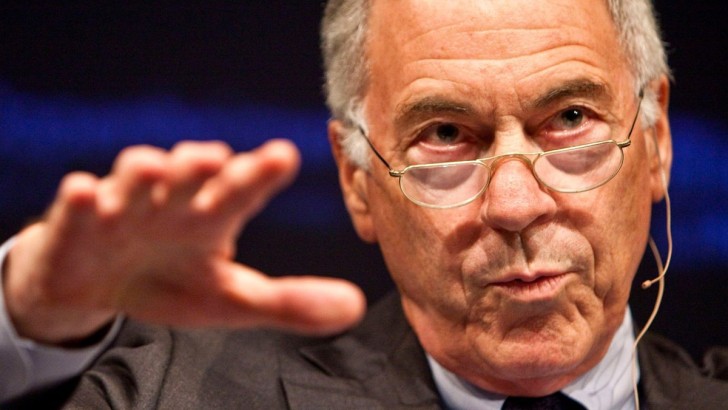 Many economists still disagree on what Bitcoin is. A professor of Economics, Steve Hanke, believes that Bitcoin is not ready to be a currency yet. 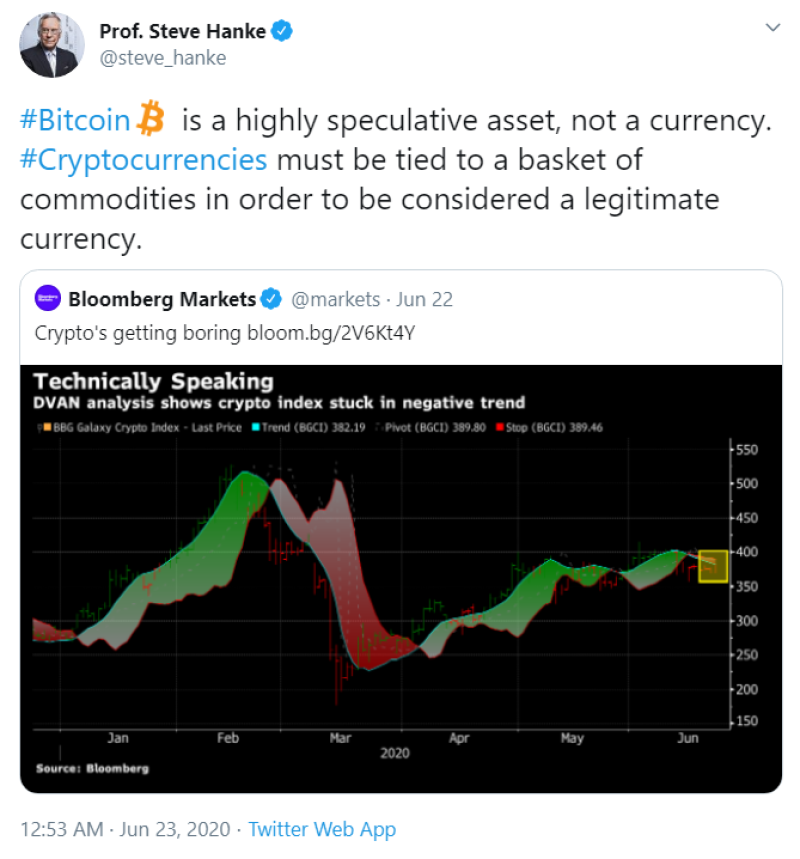 According to professor Hanke, cryptocurrencies should be supported with a basket of several assets. Only in this case, the cryptocurrency can be considered legal in some sense.

This tweet sparked a highly controversial discussion in the comments. Some BSV supporters reminded that BTC is not real, and it is worth considering an "alternative" Bitcoin as real. 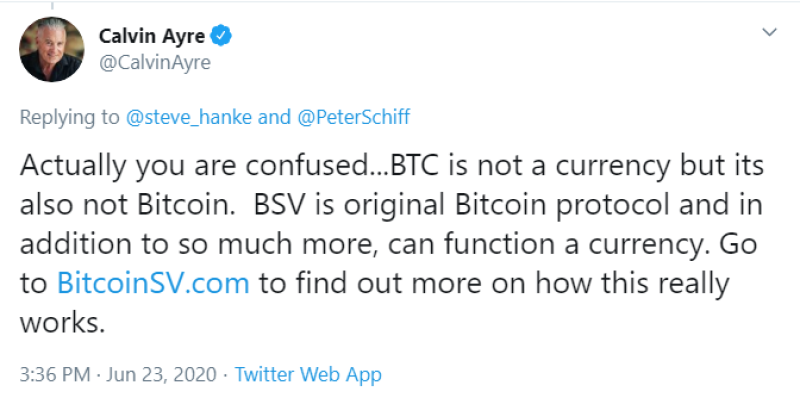 Some believe that Bitcoin does not need collateral to be considered a currency. Usually, this position is justified by having real equipment of miners, that consumes real electricity, to be behind Bitcoin. And the value of Bitcoin is the cost of the entire network.

There were also supporters of the theory of a limited supply of Bitcoin. In this case, as the demand increases along with the decrease of its supply in the market, the price of Bitcoin will grow.

Let us recall that quite recently, the founder of the cryptocurrency Vitalik Buterin admitted that he does not support this theory. He believes that after reducing the reward for mining a block of Bitcoin, the price will not double. He added that there are much more complex processes behind the price formation.