How Cryptocurrencies Are Made and Other Interesting Crypto Questions Answered

The world of cryptocurrencies seems mysterious. Turn on that crypto light in your life and find here the most frequently asked questions and answers about the different cryptocurrencies – starting with the mother of them all, Bitcoin. 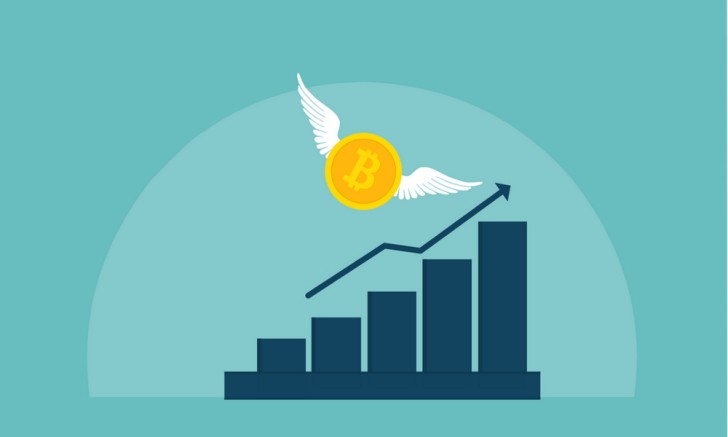 Bitcoin is really considered to be the "mother of all cryptocurrencies". Behind it is the idea of a transparent monetary system controlled by means of encryption (cryptography) - a payment system without the intervention of central government authorities that is secure, open-source, and accessible worldwide via the Internet.

Various principles, such as the protection of privacy or the irreversibility of payments, are intended to prevent financial crime.

The technical concept was first described in late 2008 by a still unknown person or group named "Satoshi Nakamoto." Bitcoin: A Peer-to-Peer Electronic Cash System is considered the founding document of virtual currencies.

The first block of 50 Bitcoins, the so-called "Genesis Block," was created by Satoshi Nakamoto in 2009. Since then, developers around the globe have been working on its development.

Cryptocurrencies have since moved away from their counterculture roots. Some of the early investors have become rich as the price has risen.

More and more wealthy people and some institutional investors, especially hedge funds, are entering the market – using special tools such as a HitBTC trading bot that takes care of the transactions safely.

How Are Bitcoins Made?

New digital "coins" are obtained through decentralized "mining." In this process, many users provide computing capacity for processing payments as well as for securing the network.

In the process, high-performance computers compete against each other in a race: They check transactions and package them with complex mathematical procedures as new data packages in the "blockchain," the digital payment ledger that is distributed across many computers.

As a "proof of work," the computers must each solve a mathematical "crypto puzzle" for each "block." Whoever manages this first is rewarded with transaction fees as well as newly created Bitcoins.

This so-called "block reward" is halved ("halving") after every 210,000 transactions – so far about every four years.

The "mining" of digital money is now dominated by professionals who use special hardware for this purpose. Private individuals have almost no chance in the race of high-performance computers.

Due to the enormous energy requirements, the production of a Bitcoin now costs several thousand dollars – more on this below.

How Many Bitcoins Are Out There?

To date, around 19 million Bitcoins have been created – thus reaching the 21 million deadline. The more there are, the more complex their production becomes. However, around 20% of the Bitcoins mined seem to be lost because hard drives or passwords for them have been destroyed or lost, estimates the blockchain analysis service provider Chainalysis.

The total amount that can be produced is technically limited to about 21 million Bitcoins. By contrast, the unbacked currencies issued by central banks today can be produced in any quantity: This fiat money relies solely on the authority (the "fiat") of government sovereigns.

With Bitcoin, inflation is impossible due to the technical quantity limit. If one day all Bitcoins were to be produced, miners would only receive transaction fees.

What is the Value of Bitcoins?

The cryptocurrency is produced at great expense, but it has no intrinsic equivalent value. It is non-interest bearing and also has no use value like gold or silver, which can be forged into jewelry, for example (although gold's use value is low compared to its market price, which is influenced by investor demand).

Thus, as with conventional money, the value of Bitcoins is formed: by the trust and acceptance of its users, and by supply and demand.

Recently, the price has really exploded. The boom is being fueled by the extremely expansive monetary and fiscal policy. Bitcoin is seen by proponents as a new "crypto gold" that can provide inflation protection.

Hedge funds and a few large corporations are also driving the market. However, most institutional investors such as family offices, insurers, mutual funds, or pension funds have not yet invested in Bitcoin.

If this were to change, demand would again increase significantly. Recently, Tesla added to the hype by investing a whopping $1.5 billion in cryptocurrency.

The price is correspondingly volatile. Some analysts believe that further substantial price gains are possible – but betting on them remains risky.

Can I Pay Anonymously with Bitcoin?

Not really. Payments with Bitcoin are less anonymous than those with cash. Since every transaction is publicly logged in the blockchain, every Bitcoin can be traced back to its creation.

However, since Bitcoin payments do not take place under clear names but via wallet numbers, the privacy of the participating users is protected to a certain extent. This also makes it easier for black sheep to go underground in the system.

The state-free Bitcoin world is discreet but scandal-plagued. Bypassing the conventional financial system, cryptocurrencies are often used for illegal business, such as money laundering or drug trafficking on the darknet.

Is Bitcoin Harmful to the Environment?

Yes. The production of cryptocurrencies consumes enormous amounts of energy. This often comes from climate-damaging coal-fired power plants, which is why researchers warn of the consequential costs for the climate and the environment.

According to estimates by the University of Cambridge, mining requires about 124 terawatt-hours per year, which accounts for 0.57 percent of global electricity consumption and is roughly equivalent to Norway's annual consumption.

For comparison, the researchers figure that the amount of electricity consumed each year by always-on but inactive home appliances in the U.S. alone would keep the Bitcoin network running for 1.8 years.