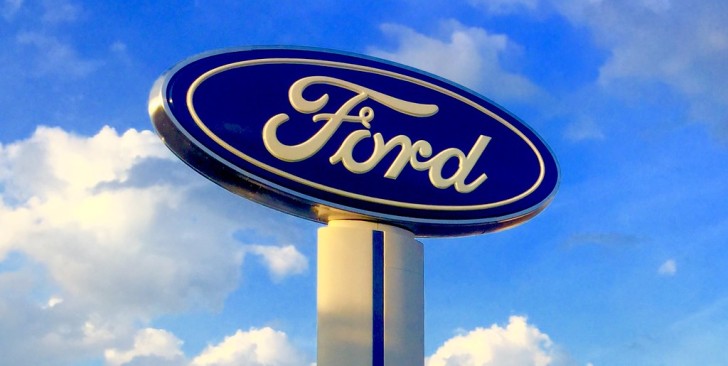 According to Ford, it will be using blockchain in conjunction with mobile modems in 10 plug in hybrid vehicles initially. The modems will be connected to the vehicles Engine Control Units (ECUs) and will note the location of the vehicles in real time. The vehicles will shift to electric mode when entering areas which are designated low emission locations by authorities.

The trial is being conducted in the German city of Cologne. Using a concept called geofencing, the devices keep a track of the vehicles and record in blockchain. The data will then be transmitted to city authorities. With the onboard device, it will also be possible for city authorities to be able to expand or change the low emissions zones in the future and update the vehicles, making the updates automatic.

Many cities around the world are marking areas in their jurisdiction that are classified as low emissions. In these locations, approved vehicles that have very low emission or none at all (in case of electric vehicles) can only enter. Normally, it is physically impossible to monitor all the vehicles in a city that are constantly moving in and out of the low emissions areas. The combination of blockchain and geofencing offers a practical solution. The modems, with the help of GPS record the locations and control the electric mode of the vehicles and transmit the data using blockchain. The decentralized ledger ensures that the data is secure and immutable. This helps in administrating city policies.

Gunnar Herrman, the Chairman of Management Board of Ford-Werke GmbH, the German arm of the Ford company, said,

Security, trust and transparency of emissions data are of paramount importance to all stakeholders in this project, and are key for our vision of cleaner air in the city.

The initiative by Ford and Cologne is a part of a wider effort that includes other cities such as London and Valencia, Spain.

Although blockchain being used in the automotive industry is not new news, this is perhaps the first time that it is being employed in such a manner. Hyundai has used blockchain for secure pairing with owner mobilesand General Motors is using for recording vehicle data anonymously.

However, so far only Volvo has used blockchain for environmental purposes. That too, for only tracking recycled cobalt for its electrical vehicle batteries. Ford goes a step further with this program and will use the decentralized ledger to proactively switch driving modes to stop emissions.

FX
29 Sep 2020, 11:09 AM
US Dollar (DXY) Showed Dead Cat Bounce, the Expert Predicts Decline to Resume
The US dollar partially recovered its losses against the major currencies, but the fall is not over, the analyst believes

Crypto
29 Sep 2020, 08:09 AM
An Expert Published a Negative Scenario For Bitcoin (BTC) Based on Lengthened Growth Cycles
Despite the fact that Bitcoin is in a global uptrend, growth cycles stretch over time, which can affect the price reaching new historical highs.

Latest News
US Dollar (DXY) Showed Dead Cat Bounce, the Expert Predicts Decline to Resume
48 minutes ago
An Expert Published a Negative Scenario For Bitcoin (BTC) Based on Lengthened Growth Cycles
3 hours ago
P/E Ratio of the US Market Is Still Very High, Even Despite Others Have Better EPS Over Time
16 hours ago
The Combined Market Cap of Apple (AAPL), Amazon (AMZN), Microsoft (MSFT) and Alphabet (GOOGLE) Combined Market Cap Now Equals to 42% of Nasdaq 100 (NDX)
16 hours ago
The Volume of Short Positions in the Shanghai Composite Index (SHA:000001) Hits All-Time High at ¥80 Billion Following the S&P 500 (SPX)
18 hours ago
Nio (NIO) Stock Target Price Raised to $23, New Power Up Plan and Smart Assistance System Stir Up Investor's Interest
20 hours ago
[BREAKING] Tesla (TSLA) Is About to Purchase LG (LG) Stake. Green Light For Stocks
22 hours ago
Larry Cermak Estimates KuCoin Exchange Hack to be $280 Million
1 day ago
Index-Following Hedge Funds Struggled this Year Due to High Volatility and Instability
1 day ago
Bitcoin (BTC) Follows Gold (XAU) And Silver (XAG) Stock-to-flow Model
1 day ago
Follow us on Twitter