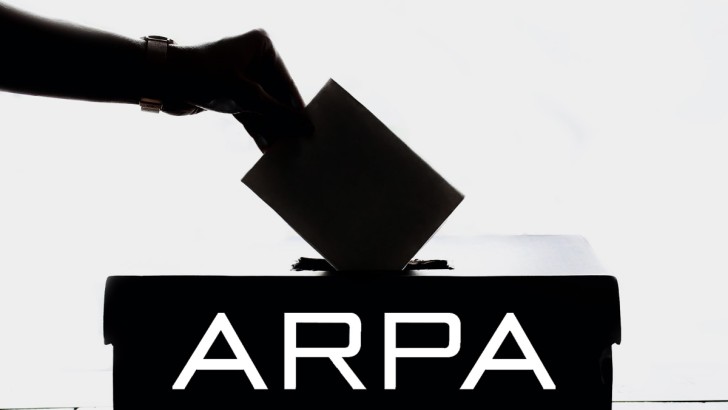 Binance users that voted for ARPA during the Community Coin Vote received airdrops of approximately 166 ARPA tokens per vote cast for the emerging privacy and scalability project. The ARPA token underwent a noticeable price surge following the announcement and official listing on Binance’s expanding ecosystem of crypto and financial products.

Prior to the announcement, the ARPA Foundation unveileda 10 million ARPA token burn as part of its ongoing deflationary monetary policy initiative.

ARPA is the most recent project to experience the “Binance Effect” of being listed on one of crypto’s most innovative and liquid exchange ecosystems.

Binance, which encompasses the largest normalized 24-hour exchange volume, has been making moves in the lightning-paced crypto industry at an unprecedented scale in recent months. Described by Tushar Jain of Multicoin Capital as “Binance is Blitzscaling,” the exchange has gone beyond the boilerplate offerings of many other leading exchange competitors and thrust into areas like futures, options, staking, margin trading, regional stablecoin projects, and regulatory initiatives.

The moves are a manifestation of analysis that “Exchanges Are Open Finance,” where many pioneering exchanges, like Binance, may ultimately enter into more high margin business activities offered by banks and other tech-focused payments companies.

For ARPA, the inclusion into the Binance ecosystem follows their listing on Binance DEX already, the Cosmos-based, Binance Chain DEX, which outpaces all other DEXs in volume. ARPA should attract some powerful network effects from its Binance listing, which is now among a slew of major exchanges (e.g., Huobi, KuCoin) to list the ARPA token.

Preparing For the ARPA Mainnet

ARPA has been gearing up for its mainnet launch in recent months, which is expected to go live soon following the completion of its testnet that is currently operational.

ARPA has been making waves in crypto circles following the successful launch of its testnet and rollout of several features that rely on its primary technology — secure multi-party computation (sMPC). Colloquially referred to as “the holy grail of cryptography,” sMPC has wide-ranging implications for the future of digital privacy and drop-in functionality with different types of blockchain networks.

“Our objective is to deploy our secure computation network as a layer two solution to any blockchain system,” details the ARPA white paper.

The project’s vision is congruent with a broader trend in the crypto sector, where capital and development resources are pouring into scalability, security, interoperability, and privacy startups. ARPA’s efforts represent a culmination of several decades of R&D into sMPC and its practical applications, like secure credit risk analysis, dark pool trading, secure data marketplaces, and precision advertising displays.

The ARPA team recently highlighted the impact of Chinese President Xi’s comments on blockchain technology at the end of October, which galvanized many crypto proponents in the region. In particular, ARPA emphasized the ability to leverage sMPC to meet Chinese national standards for cryptography in security and privacy alongside corporate giants like Ant Financial, Baidu, and Alibaba.

Xi’s mentionof transitioning the Chinese economy to a digital infrastructure that can fuel more efficient and secure data sharing for public networks holds promise for the widescale adoption of ARPA’s underlying technology — sMPC.

The combination of ARPA’s mainnet release, pegged for Q4 2019, with the Binance’s surging network effects may usher in the type of awareness necessary to incentivize further exploration into sMPC technology and ARPA’s capabilities. At a time when data privacy and security are at a premium across the world, that’s a promising proposition.