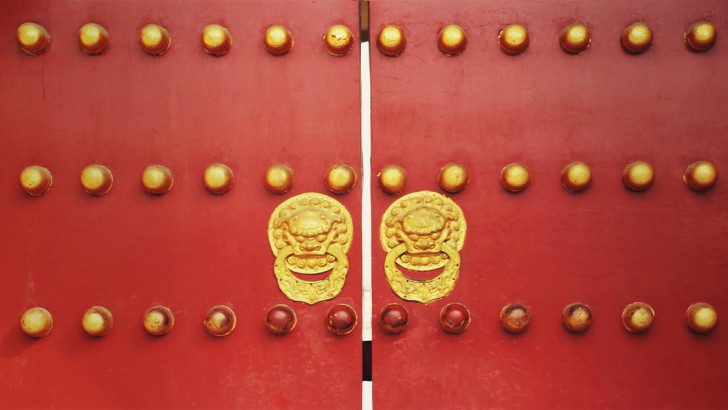 Michael A. Gayed, a portfolio manager, notes a significant increase in prices of gold. They have already exceeded the highest price of the last eight years. 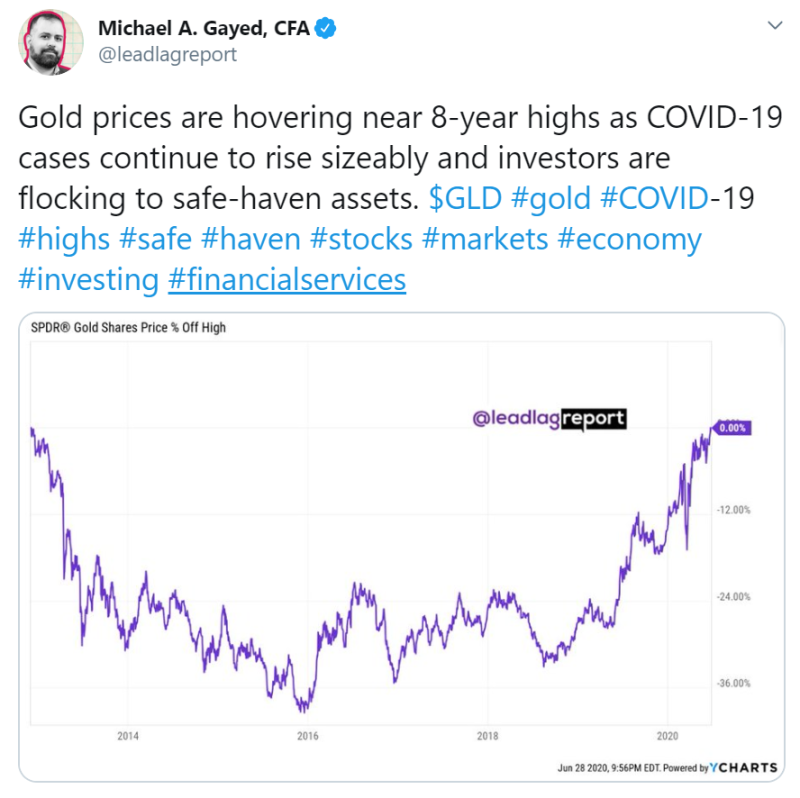 For many years gold has been considered to be as a store of value. It is a physical commodity, so it can’t be printed like money and its price can’t be directly controlled by governments. Due to this fact, gold maintained its price over time, so it serves to investors as insurance against economic instability. When some disturbing events happen, investors redirect their funds to gold, so its price rises.

The reason for this period of growth was not only global instability in the world but also news about fake gold bars in China. 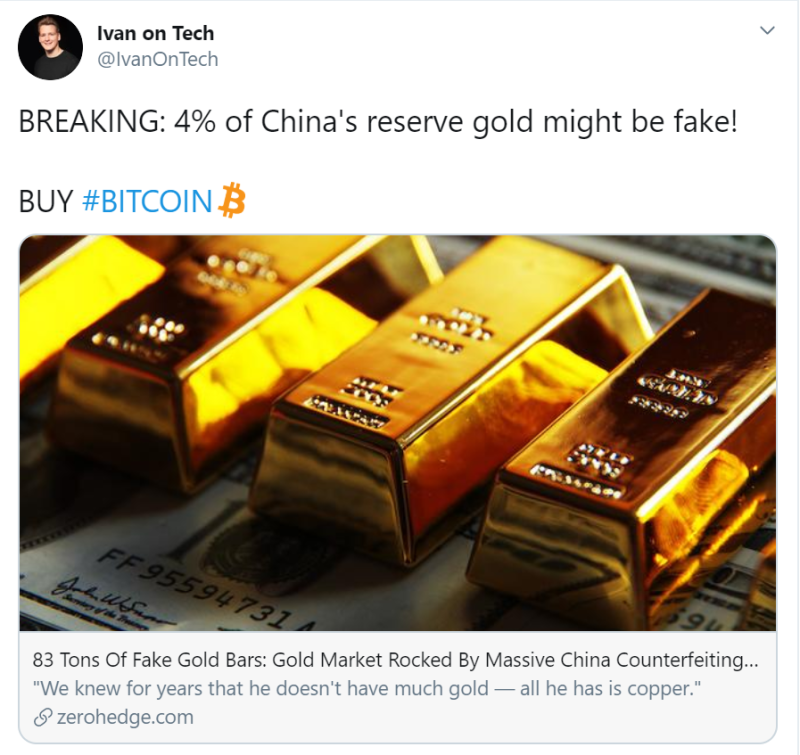 During the last few years, about 12 Chinese trust funds loaned ¥20 billion, or about $2.8 billion, to Kingold Jewelry company. These loans were secured by gold bars, but at the end of February, it became known that this gold turned out to be gold-plated copper. According to Zerohedge, it means that about 4% of official Chinese gold reserves may be fake and consist of copper alloys.

This information has become yet another trigger for a significant spurt in prices of gold, and now they hit eight-year-old levels: $1,779 per ounce against $1,770 per ounce in October 2012. The next significant milestone may be the price of gold in August of 2011 , which was $1,820 per ounce.

Analysts believe that prices of gold will continue to rise as the situation on the stock market is alarming. 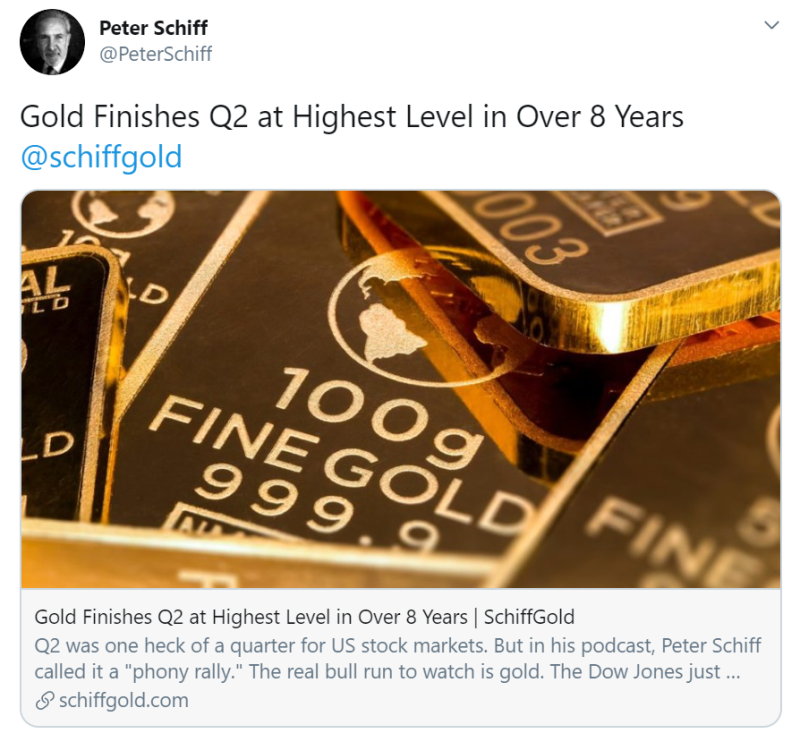 Peter Schiff, a CEO of Euro Pacific Capital advisor, argues that the current growth in market quotes is not due to anything other than the actions of the Federal Reserve, such as purchasing corporate bonds and lending money directly to companies. This, in his opinion, means that the bubble is expanding on the market, and the FED will not be able to keep up with such pace until the end of the year.

“The only way to keep the US stock market going up is to crash the dollar – to sacrifice the value of the US dollar, and in so-doing, the Fed will be rewarding the people who own gold, who own gold stocks, and who own foreign stocks to a much greater degree than anyone who owns US stocks.” Peter Schiff, the CEO of Euro Pacific Capital advisor