The Federal Reserve is creating a monster on the debt market. 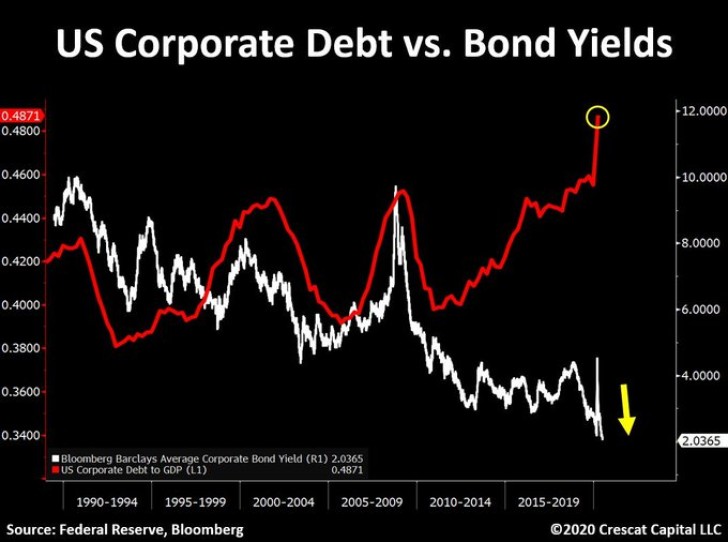 For the first time in modern history, a divergence of this magnitude has occurred in the US debt market, according to Otavio Costa.

This gap largely demonstrates the threat looming over the economy. By March 2020, one-sixth of all publicly-traded companies in the U.S. did not make enough profit to cover the interest on their issued debt. The growth of debt obligations aimed only at keeping the company running is an increasingly popular practice.

Given the increasing cheapness of debt for companies and the unstable economic situation prior to the second wave of coronavirus, it is difficult to predict how many more "zombie firms" will appear in the United States soon. If debt continues to rise, then one question arises: who will pay for such a generosity from the Federal Reserve?