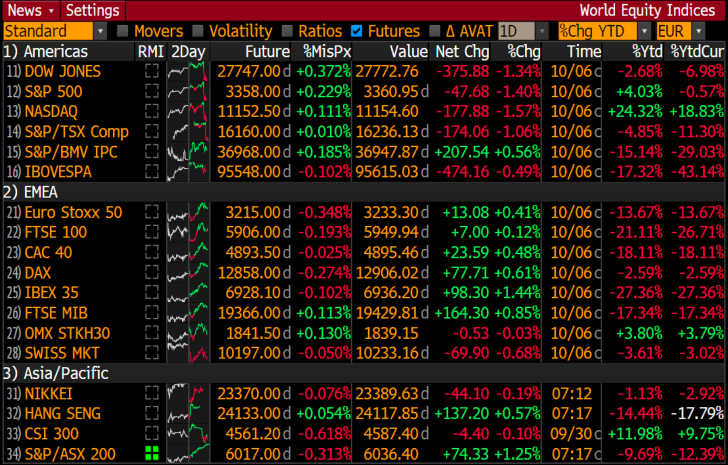 On Monday evening, the rise in major US stock market indices was halted after the President Trump announced that his team would halt all negotiations on a new stimulus bill until November 3.

Trump predicted an election victory and said the new stimulus packages would only be approved after November 3, although the lawmakers from both parties were hoping for at least one more payment before the election. He also claimed that “we will pass a major Stimulus Bill that focuses on hardworking Americans and Small Business.”

Markets reacted negatively to this announcement. According to Holger Zschaepitz, The S&P 500 was down 1.4%, the Dow Jones down 1.34%, while the Nasdaq was down 1.57%.

Precious metals also suffered: gold at the moment fell by 2%, while silver by more than 4%. Nevertheless, now they have somewhat recovered, having recouped a third of the fall. Stock market futures are also growing timidly.

Later that night, Trump tweeted that he was still willing to approve immediately "a Stand Alone Bill for Stimulus Checks ($ 1,200)", which may have triggered a slight rally in futures.