Tiffany shares price has fallen on more than $14 after the WWD reported that LVMH top management’s approach to the Tiffany merge has changed to uncertain. 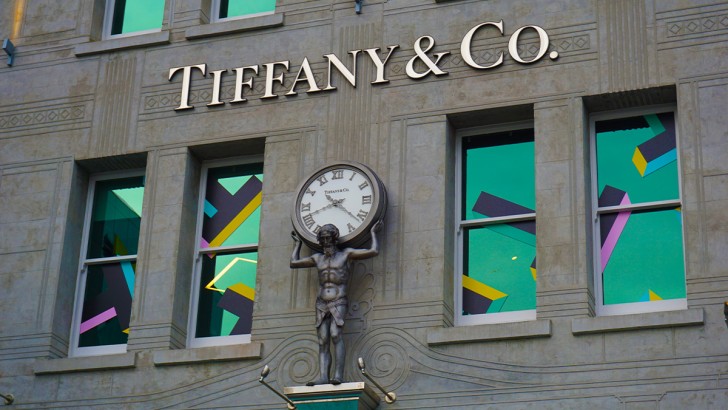 The story of Tiffany merge with the LVMH takes its start in November 2019, when it was announced in public the last bid of LVMH on Tiffany acquisition. The deal had a long and tremendous story and it took months for the Tiffany shareholders to come to a consensus on the merge decision.

In February 2020 it was announced that Tiffany shareholders have agreed on the acquisition of Tiffany fro $135 per share, which in total made 16,2 billion dollars. Although there was a COVID-19 epidemic calling an economic recession, the deal was approached as a 100% until 1 June LVMH board meeting. Everything changed after messages that the deal now is treated as ‘uncertain’, allegedly, due to the riots in the US. Considering the fact, there was no comment denying that, very soon Tiffany share price has plunged on 11%. 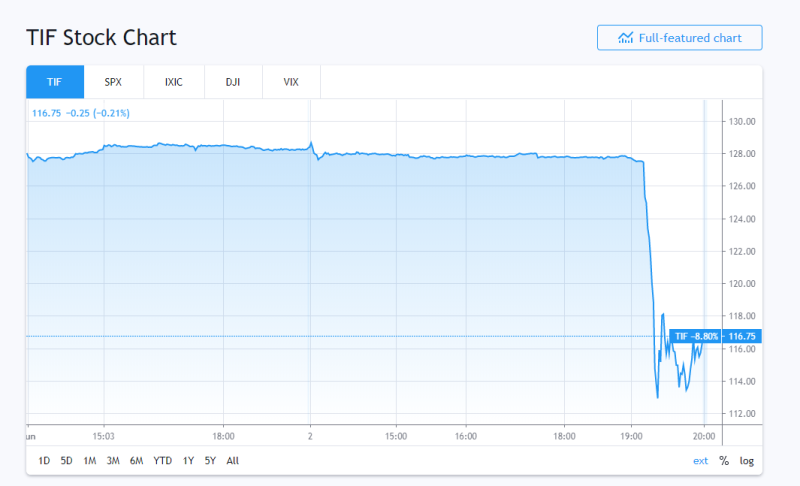 According to the Tiffany website, its stores were closed since the middle of the March due to COVID-19 pandemic, and remain closed until now. According to the continuing riots and lootings taking place in the US cities, this is hardly going to change even in case cancellation of curfew or other pandemic-caused restrictions.

Before the pandemic, Tiffany struggled due to the protests in Hong Kong that affected world tourist traffic and interfered company’s plans to attract a young audience in China.

Latest News
Zoom (ZM) Stocks Drop by 17%, but Analysts Believe in Recovery after the Q3 Results
1 day ago
No Return to the Previous Trajectory of Global Trade Growth in 2021, According to WTO
1 day ago
Apple's (AAPL) $2 Trillion Market Cap Makes it the 4th Biggest Stock Market in the World
1 week ago
The Buffet Indicator Is 108% Now. Total Market Cap Is Significantly Higher than the Total GDP, which Is a Sign of a Bubble
2 weeks ago
Netflix (NFLX) and Facebook (FB) Dark Pool Buy Activity Is Detected Again
2 weeks ago
Apple's (AAPL) Smartphones Are not the Most Popular in the World, despite Apple Being the Only Tech Company with $2 Trillion Market Cap
2 weeks ago
Alibaba (BABA) Is the Most Developed Online Retail Company But Competitors Are Not Asleep
2 weeks ago
Top Cryptocurrency Wallets to Pay Attention to
2 weeks ago
Our Tips for FX Traders Just Getting Started
3 weeks ago
The 5 Best Places to Buy Crypto Currencies
3 weeks ago
Follow us on Twitter