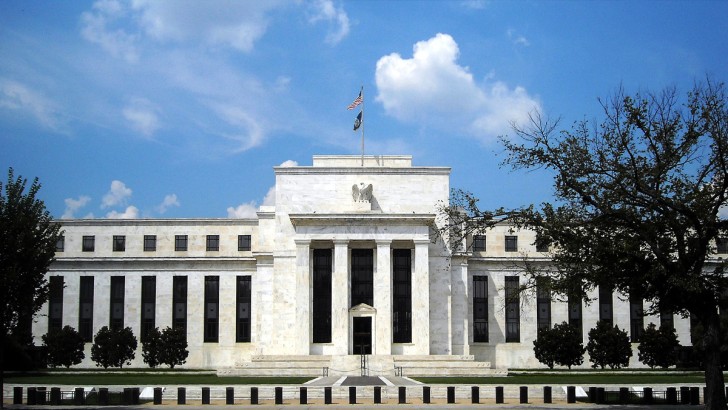 Well-known trader Sven Henrik in his Twitter criticized the actions of the Federal Reserve System and also said that without the current injections of money, the entire system remains bankrupt. 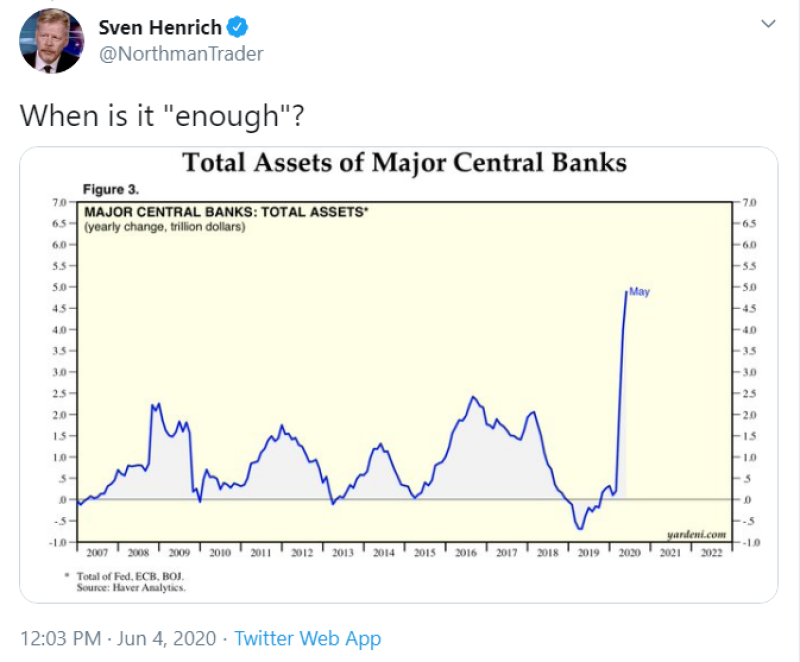 According to him, the markets need more and more intervention from Central banks. By their actions and pumping up an additional financial bubble, they are only pushing back the impending crash. 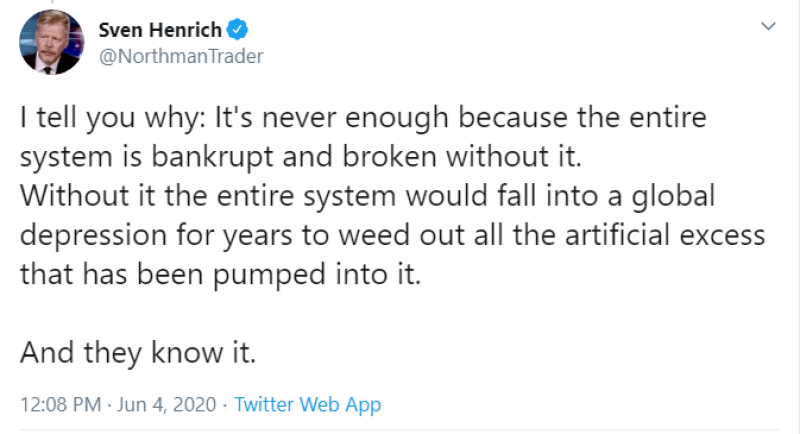 According to him, the problem is that even with the balance sheet falling from $4.5 T to $3.6 T, there was panic and strong unrest in the markets. Now the balance is inflated to $7T and returning to the previous values of $4.5 will be a big problem.

Also, Sven released an article in which he tells in detail about what the FED did, trying to "fill" the economy with new money.

He expresses his dissatisfaction with the fact that the fed flooded the market with $ 3 trillion in just a few months, which led to even more control over the markets and increased dependence on financial interventions.

He compares the actions of Central banks to a rescue operation that kills a patient. New financial stimulus measures that were used 10 years ago continue to be applied and lead to the largest financial bubble in history.

The Buffett indicator of Corporate equity to GDP warns of a huge danger. Last day's close was at the level of 145.6% of market capitalization to GDP, and today the markets have grown to the level of 146%. 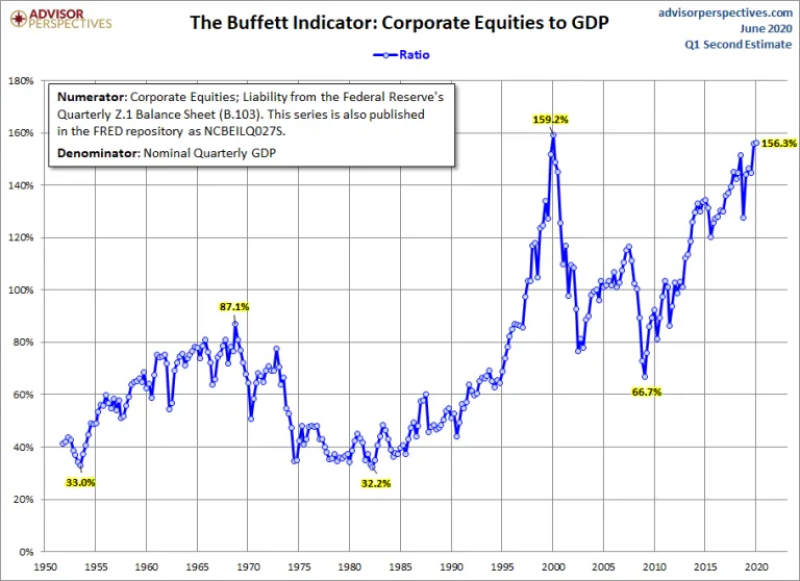 It is worth noting that these are historical peaks that are not accompanied by other indicators. Unemployment remains at 20%, which is completely abnormal in the current market.

Sven believes that the injections will worsen the crisis very much, as the money goes past the real economy. And the current protests are proof of this. People were left without work, without means of livelihood and therefore went out on the street with demands.